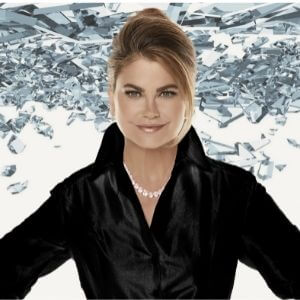 As an outspoken defender of Israel and the Jewish people, Kathy communicates passionately, openly and regularly against all forms of discrimination: including and not limited to: Support for all oppressed human beings, anti-Semitism, anti-Asian hate, discrimination against Black, Latino, LGBTQ+, anti-Muslim hate inclusive of the Uyghur people, and anti-Christian hate. Kathy is a member of WIZO, and is honored by the ADL, the JNF, Didi Hirsch Mental Health Services, Los Angeles Team Mentoring, and is the Executive Producer of Marilyn McCoo & Billy Davis Jr.’s “blackbird Lennon-McCartney Icons”, on the kathy ireland® Worldwide business unit, EE1 BMG, which returned the 7-time Grammy Award winning couple to the Billboard Charts, after a 45-year absence, on the only album committed to history, racial equality and bringing awareness to atrocities committed against American Christians, starting from the 1800s, and continuing today. Kathy’s additional philanthropic commitments include: the war on sex trafficking, improved access to medical care, mental health concerns, recovery from addiction for men, women and children, as well as honoring, America’s brave military members and their families.