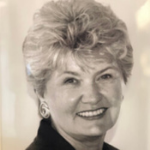 In a span of 22 years, Beverly Cannady has been involved with many defining aspects of the licensing industry. One of her most significant contributions to this industry was her role in getting toy companies to start taking the world of licensing seriously. Beverly started the Mattel licensing department In 1980, and was involved with the initial campaigns for He-Man and Barbie.

She became VP of Domestic Operations at Warner Bros. Consumer Products in 1988 and was responsible for “awakening the sleeping giant” that was Looney Tunes, as well as heading up licensing for the movie “Batman” – one of the first big movie event licenses. There’s no doubt that Beverly has touched the lives of many in the licensing industry today. For all her dedication and integrity, we proudly welcome Beverly Cannady into the Hall of Fame.