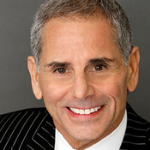 With over 30 years of experience in the industry, Danny is a recognized expert in domestic and international licensing and as a pioneer in entertainment. He headed up licensing departments at Lorimar Studios, 20th Century Fox, and Carolco Pictures.

Since 1992, he has operated his own independent licensing agency, The Licensing Group Ltd. Danny is known as one of the licensing industry’s premier innovators. He forged the way for teen and adult licensing, which was a first for the entertainment category, and is credited with developing the first-ever successful feature film from a video game.

Under his leadership, The Licensing Group Ltd. has represented a number of major feature films and represented global entertainment, lifestyle and corporate properties as well as a number of manufacturers. In 1995 Danny was named Chairman of the LIMA Board of Directors, in addition to serving multiple terms as a board member. He co-developed and continues to operate LIMA’s Coursework in Licensing Studies program, and has co-authored three books on the subject of licensing with Greg Battersby.

For 18 years he taught a course on licensing at the University of California Los Angeles (UCLA) and continues to lecture on the subject at other universities and law schools, as well as at seminars throughout the U.S. and in over two dozen international markets.