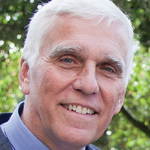 During Clutton’s nearly 40 years in the licensing business, his greatest impact was in the toy industry. Clutton played a key role in the success of Fisher-Price’s licensed products and continually maintained strong relationships with licensors and inventors from around the world.

At Fisher-Price, Clutton oversaw marketing activities, new product ideation and development. He was responsible for the development of iconic toys such as Tickle Me Elmo, Rock and Roll Elmo and the Read With Me DVD. Clutton’s work with licensors left a lasting positive impact on the business. Through his drive and supervision, Fisher-Price became a prominent destination for preschool properties.

Prior to his work at Fisher-Price, Clutton was Senior Vice President of Marketing and Design for Tyco Preschool, which later was acquired by Mattel and, like Fisher-Price, is now part of the Mattel brand family. From his post at Tyco, Clutton was responsible for several influential properties, including Sesame Street (Sesame Workshop), Blue’s Clues (Nickelodeon) and Bear in the Big Blue House (The Jim Henson Company).