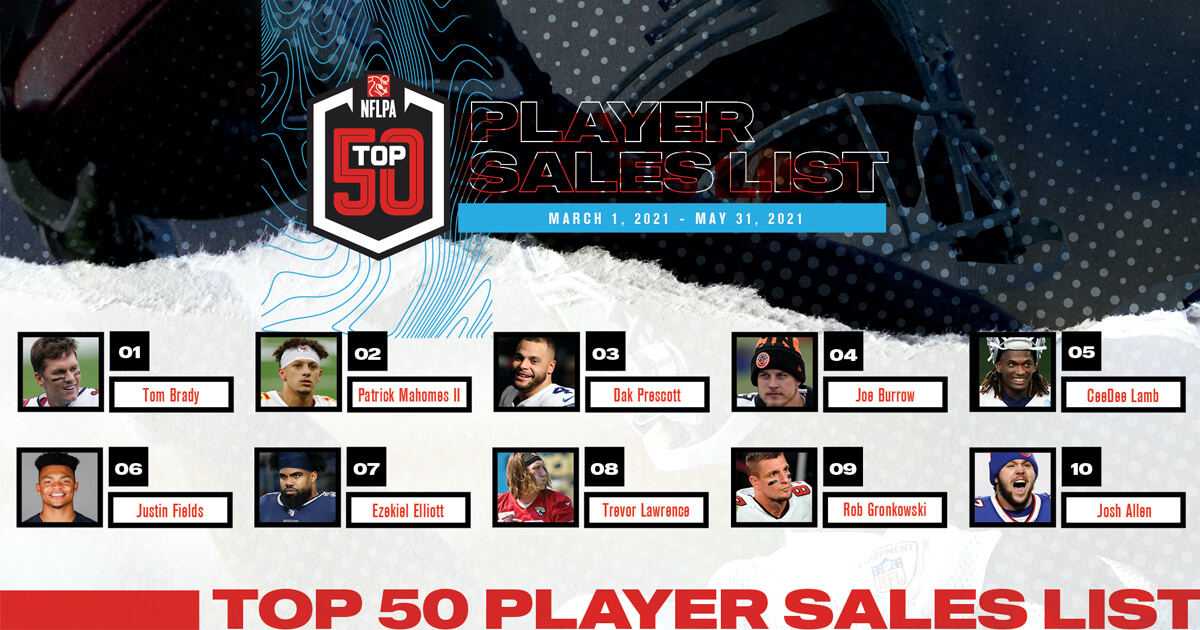 The first list of the season is based on sales of ALL officially licensed NFL player merchandise, tracking year-to-date preseason results March 1-May 31, 2021, for the most up-to-date, comprehensive sales figures available. The list is comprised of the only verified rankings of NFL player product sold from online and traditional retail outlets as reported by more than 75 NFLPA licensees. Licensed product across hardline, apparel, digital, and unconventional categories include items such as: game jerseys, T-shirts, hoodies, bobbleheads, plush toys, socks, face coverings, headbands, figurines, wall decals, backpacks, pennants, photos, drinkware, pet products and many more.

Below are player notes and sales highlights by partner for the first quarter of the new fiscal year: