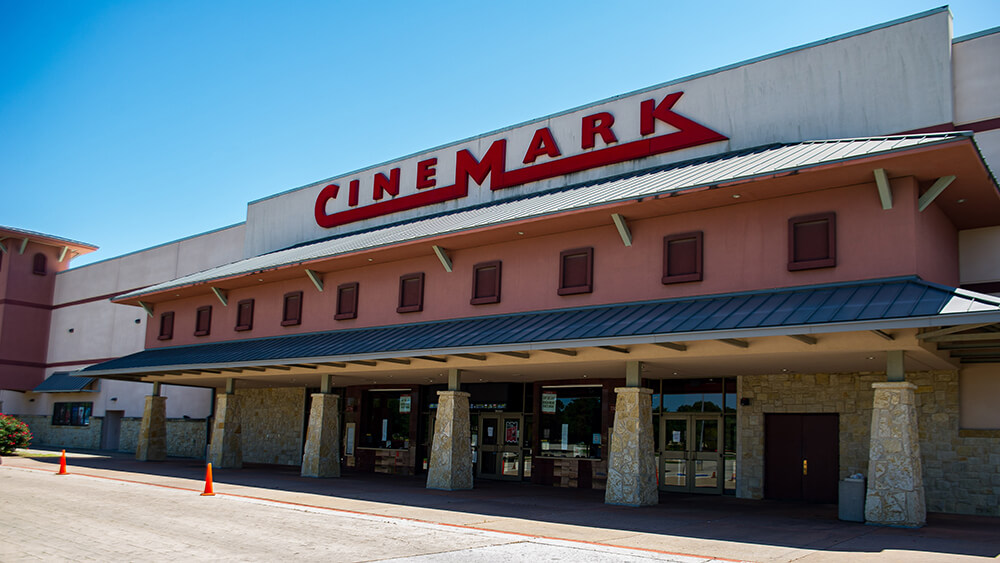 Plano, TX – Cinemark Holdings, Inc. (CNK), one of the world’s largest and most influential movie theatre companies, today announced it is further innovating its entertainment experience by expanding its in-theatre and online esports offering. This summer, Cinemark customers will have the ability to join drop-in games in select theatres, and a new partnership with Mission Control will offer online esports leagues. For all details how to participate, visit Cinemark.com/gamebig.

“At Cinemark, we strive to continually evolve as an entertainment destination, offering our customers the opportunity to have an entertaining escape into more than just big films,” said Justin McDaniel, Cinemark SVP of Global Content Strategy. “Our immersive environment lends itself particularly well to the gaming community, putting players in the universes in which they are competing. We are excited to bring big games to the big screen with our drop-in play as well as collaborate with Mission Control to offer online Cinemark esports leagues.”

At select U.S. theatres, Cinemark will have a weekly schedule of in-auditorium public gaming events. Enthusiasts can drop-in with their Nintendo Switch console to go head-to-head with other gamers. With Cinemark’s larger-than-life screens with booming surround sound, drop-in play offers the ultimate environment for games like Rocket League, Super Smash Bros. Ultimate and Mario Kart 8. Guests can purchase entry for drop-in gaming for $10 and receive a $5 concessions coupon with admission.

“Our purpose at Mission Control is to gather and grow communities, in particular through our passion for gaming,” said Austin Smith, CEO and Co-Founder of Mission Control. “By partnering with Cinemark, a brand already synonymous with community and entertainment, we have the opportunity to achieve our purpose by giving Cinemark communities another entertaining way to gather on our esports platform.”

Powered by Mission Control, a leading rec league gaming platform, Cinemark will now offer online gaming opportunities for those looking to compete with fellow Cinemark fans. With Cinemark Esports, gamers can join league play to show their skills and compete in games such as FIFA21, NBA 2K21, Call of Duty Black Ops Cold War, Rocket League, Mortal Kombat 11 and more online with friends and other players by downloading the Mission Control App and joining the Cinemark organization. Gamers across the U.S. can join in the fun for the summer season for just $15 per league.

Cinemark drop-in gaming begins on June 20, and esports league play begins on June 21. For all details on how to play, including participating theatres, online leagues, schedules and games, visit Cinemark.com/gamebig.

This in-theatre and online gaming offering builds on Cinemark’s tradition of innovating its entertainment experience and serving as a true entertainment destination at a time when Hollywood is bringing more gaming universes to films than ever before. Through the past few years, Cinemark has introduced Private Gaming Parties, allowing guests to rent an entire auditorium to play video games in the most immersive gaming environment; brought the epic Game Awards to audiences from the comfort of its auditoriums, streaming the event live; and partnered with The VOID to bring an unparalleled hyper-reality experience to its West Plano and XD theatre. Over the next year, Hollywood’s biggest studios will be bringing gaming universes to the big screen through a variety of upcoming films ranging from Free Guy, Uncharted and Sonic the Hedgehog 2 to Resident Evil: Welcome to Raccoon City and Dungeons and Dragons.

The Cinemark Standard
The health and safety of employees, guests and communities is a top priority. All Cinemark theatres boast The Cinemark Standard, greatly enhanced cleanliness, sanitizing and safety measures at every step of the moviegoing experience. Employees undergo extensive training on all new protocols and wear face masks while working, in addition to completing a wellness check-in prior to every shift. Each theatre also has a designated Chief Clean and Safety Monitor on duty to ensure the highest standards of safety, physical distancing, cleanliness and sanitization.

The exhibitor has consistently received mid-to-high 90 percentile guest satisfaction with Cinemark protecting their health and safety. Moreover, a resounding number of those moviegoers polled stated they would return and would also recommend visiting Cinemark to a friend.

About Cinemark Holdings, Inc.:
Headquartered in Plano, TX, Cinemark (NYSE: CNK) is one of the largest and most influential movie theatre companies in the world. Cinemark’s circuit, comprised of various brands that also include Century, Tinseltown and Rave, operates 523 theatres (325 U.S., 198 South and Central America) with 5,872 screens (4,436 U.S., 1,436 South and Central America) in 42 states domestically and 15 countries throughout South and Central America. Cinemark consistently provides an extraordinary guest experience from the initial ticket purchase to the closing credits, including Movie Club, the first U.S. exhibitor-launched subscription program; the highest Luxury Lounger recliner seat penetration among the major players; XD – the No. 1 exhibitor-brand premium large format; and expansive food and beverage options to further enhance the moviegoing experience. For more information go to https://investors.cinemark.com/

About Mission Control:
Mission Control is a St. Louis, Missouri, company with a mission to gather and grow communities. By focusing on recreational esports, Mission Control utilizes the nature of gaming to create digitally organized social experiences that drive connection through shared passions and playful competition. With their rec league esports platform, Mission Control gives organizers the tools to host rec leagues, like summer softball or intramural volleyball, but for fifa, fortnite, and other popular video game titles instead.

Gift Shops Get An Upgrade

LBE Will Abound at IAPPA