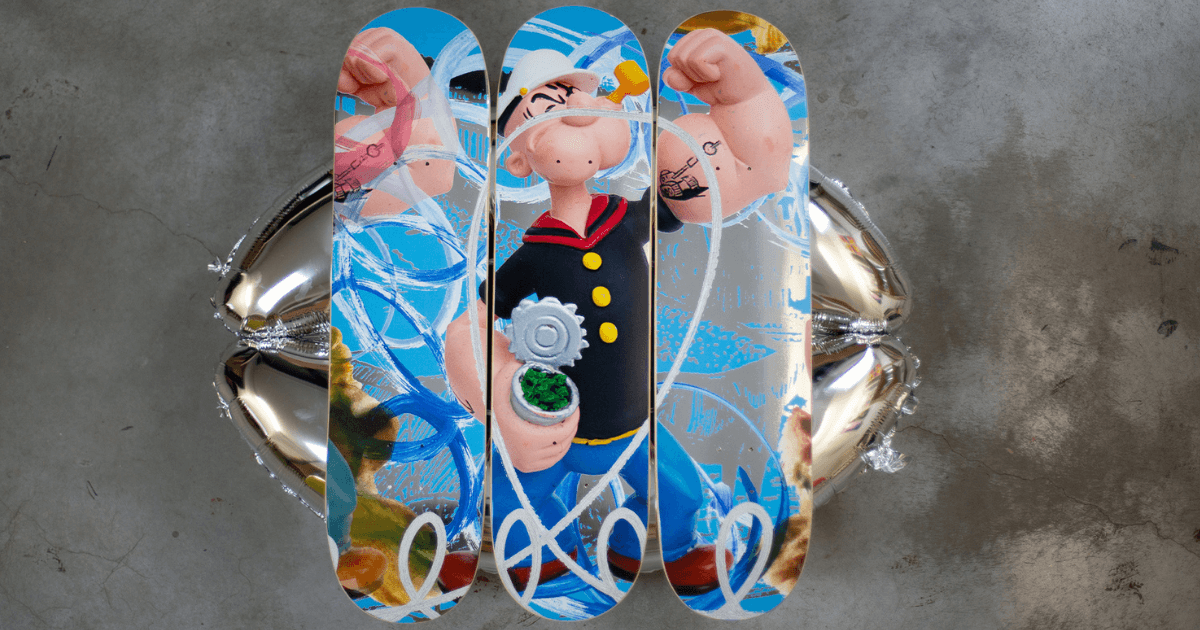 New York, NY — — King Features Syndicate, a unit of Hearst and home to some of the world’s most popular entertainment characters, today announced that it is growing its global licensing programs for Popeye and Olive Oyl with a slate of new innovative partnerships. The expansion extends across the promotions, food and beverage categories and includes new territories, partners and product lines that honor the legacy of King Features’ classic characters from the extensive Popeye universe, including Olive Oyl and Wimpy.

The spinach-eating sailor is well-established in the food space. In the 1930s, spinach growers credited Popeye with increasing the United States consumption of spinach by 33%, and his fresh and canned spinach partners are some of his longest-standing consumer products relationships, lasting close to 40 and 30 years, respectively. Olive Oyl, frequently recognized for being Popeye’s fun-loving partner, has recently been given a refresh by King Features who unveiled a fresh new look and brand positioning for the character. Olive is dynamic, relatable, and real, and above all, proud to be herself. She also has a history in the consumables space, partnering with brands across the category from Prego to Kerrygold to Lindt. Building on the success of these previous launches, King Features has shifted its licensing focus to the expansion of the promotions and food categories to grow the brands globally and build upon its robust footprints in Asia and North America.

In Asia, Popeye and Olive Oyl have starring roles in several key promotions, such as a renewal of their deal with Manga Coordinate Co. Ltd. and JOYL to produce an advertising campaign starring the beloved pair, played by local celebrities, to promote the popular Ajinomoto Olive Oil in the Japanese market for the second year in a row. In 2020, Popeye was played by pop star Satoshi Ohno, and in the 2021 campaign, the role of Olive Oyl was played by actress Ayami Nakajo. Each campaign included print included print ads as well as TV commercials.

Also, in the territory, Japanese video producer AOI Pro Inc. and its AI technology client Laboro.AI Inc. are tapping into the classic tale of Popeye and Olive’s love story to emphasize the innovation of AI technology by creating state-of-the-art clips for a Valentine’s Day commercial, set to run through summer 2022. Additionally, Japanese soft drink manufacturer Ito En Ltd. is featuring Popeye in a promotional campaign for its Aojiru vegetable drinks, while Runival Sdn Bhd is reaching audiences in Malaysia, Singapore and Indonesia via a promotional Popeye Virtual Run campaign.

In China, the salty sailor will take part in a promotional campaign featuring glass cups, recycling bags, brooches, face masks, T-shirts and stickers, which will be sold across the territory by Guangzhou Circleplus Culture Co. Ltd. and South Korea-based Sunwoo & Company began a worldwide launch of limited-edition Popeye theme packs for Android, version 9.0 and higher, via the Samsung Galaxy store in 2021. Additional theme packs will be released in 2022.

The new partnerships in Japan were brokered by King Features’ agent in the territory, Copyrights Asia, while Medialink Animation Ltd brokered the deals in China, Singapore and Indonesia.

Strong to the finish, Popeye is also expanding globally into the food and beverage category, with several new deals this past year for the sailorman and his friends debuting around the globe.

Popeye continues to be a favorite in Japan, with multiple new deals debuting throughout the year, including Shogakukan Shueisha Productions, Co. Ltd. for various Popeye-inspired housewares, apparel, accessories, spinach from Rainbowworks Co. Ltd. and custom Popeye desserts and houseware products from Baobab Inc.

“The characters from the Popeye universe deeply resonate with fans around the world, and it’s thrilling to see one of our fan favorites experiencing continued growth,” said Carla Silva, vice president and general manager, global head of licensing at King Features. “And fans should stay tuned because we’re kicking off the new year with even more exciting promotions and products!”

In North America, Popeye is also making his mark in promotions by starring in Accenture’s global ad campaign advertising the transformational power of its intelligent ops services, and his burger-loving friend Wimpy was featured in an advertisement for Google Pay. Most recently, artist Jeff Koons released “Popeye Skateboard,” a reinterpretation of his 2008 oil painting “Triple Popeye” as part of The Skateroom collection. Proceeds from the charitable launch, in collaboration with Qatar Museums, aid children in need.

For the latest brand news on Popeye and his friends, please visit Popeye.com.

Sailor. Tough guy. Hero. Legend. That’s Popeye. An underdog with bulging forearms, a mean uppercut and a love of canned spinach. Unassuming, unsophisticated and undeterred by a challenge. From the minute he walked into the comic strip The Thimble Theatre and muttered his famous “Ja think I’m a cowboy?” line, Popeye the Sailor Man captured the hearts of millions of fans around the globe. As the star of his own comic strips and animated content on the big screen and small, Popeye became quickly ingrained in American culture and today remains one of the most recognizable pop culture icons in the world.

The leading lady — literally. Olive Oyl was on the scene delivering laughs to readers ten years before her future sweetheart Popeye entered the picture. Olive Oyl has always been ahead of her time. She genuinely loves herself and embraces those things that make her unusual — which is what makes her so appealing. Dynamic, relatable and real — she’s genuinely comfortable in her own skin. Confident and independent, she celebrates her unique self wholeheartedly, inspiring others to do the same. She’s unapologetic in voicing what she wants, knowing she’s entitled to change her mind. A smart and empowered woman with high standards, she is also lighthearted and adaptable with a wry sense of humor. Self-assured and strong, Olive is not afraid to stand up for herself, but she also knows when to lean on others. She shows that a woman can be many things — powerful, driven, vulnerable and sensitive — and that emotions are meant to be felt and expressed. Her personality radiates and inspires others of all ages and backgrounds to celebrate their unique selves. Olive is just Olive, and proud of it.

About King Features
King Features is a premier producer and distributor of the world’s most iconic intellectual properties and a leader in classic character licensing and franchise development. With one of the longest-running consumer products programs in the industry, King Features’ portfolio includes world-renowned pop culture brands such as Popeye®, Olive Oyl, Cuphead, Flash Gordon™, The Phantom™, Hägar the Horrible, Moomin, Prince Valiant® and Mandrake the Magician. King Features is producing The Cuphead Show! with Netflix Animation, set to debut in 2022. As content syndication specialists, the company distributes beloved comics such as Blondie, Beetle Bailey®, Mutts™ and dozens of others as well as columns, editorial cartoons and puzzles across multiple platforms and content providers around the globe. King Features is part of Hearst Newspapers, which publishes 24 dailies and 52 weeklies, including the Houston Chronicle, San Francisco Chronicle and Times Union (Albany, New York), and operates local digital marketing services and directories.

Major Movement on the M&A Front