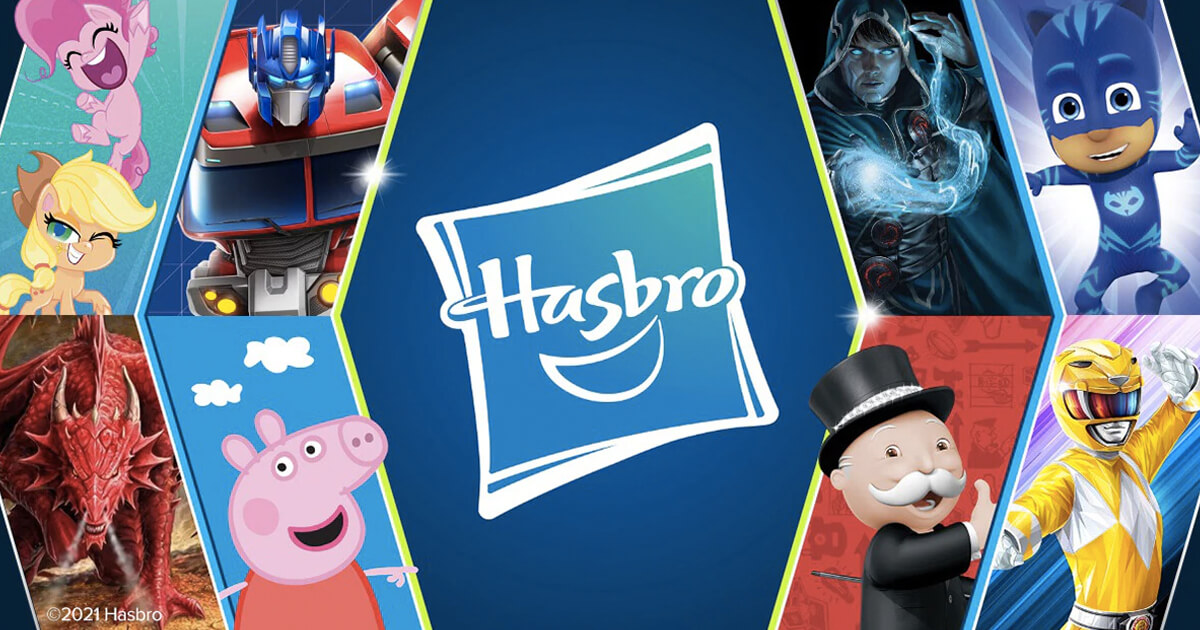 As the first of the major toy companies reporting financial this week, comments by Hasbro’s executives offer the first window into industry conditions as we get nearer to the all-important holiday selling season. Mattel (July 27) and Jakks Pacific (July 28) also are reporting earnings this week.

Hasbro raised wholesale prices – between 5-10% analysts said – starting this month to offset increased production and delivery costs. The most significant of these were shipping costs, which during the quarter were four times higher than a year ago and show little sign of abating, Hasbro executives said. Even assuming the higher prices are passed through to consumers, Hasbro says it’s confident demand will remain strong.

Demand Snaps Back
“Early on we saw the necessity to raise prices as we saw the steps being taken with supply chain logistics” which included finding new ports and carriers to deliver goods, Hasbro CEO Brian Goldner said. “That’s consistent with other consumer product categories, where we are seeing a snap back in demand.

“There will be some shifting of product between the third and fourth quarters as we bring in new carriers and secure more ports and shipping lanes.  So I am going to be a little less focused on where the inventories come in and more concerned about making sure we have the inventories to meet the demand that we need for the second half of year.”

To ensure product arrives to meet what is expected to be “very high demand” from consumers for products, there will likely be more direct importing by retailers in the second half, Goldner said.

“We will get our products to market in recognizing the price increase we are taking will cover the incremental costs we are experiencing,” Goldner said. “The price increases are global” and will likely differ depending on the region and market.

The products being shipped by Hasbro will include a 100-SKU assortment of Peppa Pig and PJ Masks products that arrive as the company shifts to in-house development of toys for those properties, which were licensed out by Entertainment One prior to its sale to Hasbro. Hasbro expects that 80% of Peppa Pig and PJ Masks products, once licensed to Jazwares and Just Play, respectively, will be internally developed by 2022, Hasbro CFO Deborah Thomas said. Hasbro also developed licensed products for Black Widow (Warner Bros., July 9), Ghostbusters: Afterlife (Sony, Nov. 11)), Spider-Man: Now Way Home (Sony Dec. 17) and Snake Eyes: G.I. Joe Origins (Paramount July 23).  The latter was released last Friday and took in $17.8 million in global box office revenue this past weekend ($13.4 million U.S.; $4 million internationally in 37 markets).

Hasbro is readying a toy line along with licensed items for the release of My Little Pony: A New Generation on Netflix on Sept. 24. Hasbro also is developing a live action film for Dungeons & Dragons with Paramount, release of which was postponed from May 27, 2022 to March 3, 2023. The latter will include Hasbro and licensed products.

Hasbro posted a $22.9 million net loss (vs. a $33.9 million net loss a year earlier) in the second quarter ended June 27 in taking a $101 million charge to cover a loss on the sale of Entertainment One’s former music business. Total revenue rose 54% to $1.33 billion, led by franchised brands, which increased 72% to $649.9 million and partner (licensed) brands, up 53% to $212 million. Sales of games declined in the mid-single digit percentage in the second quarter, against a high single-digit gain a year earlier during the pandemic.