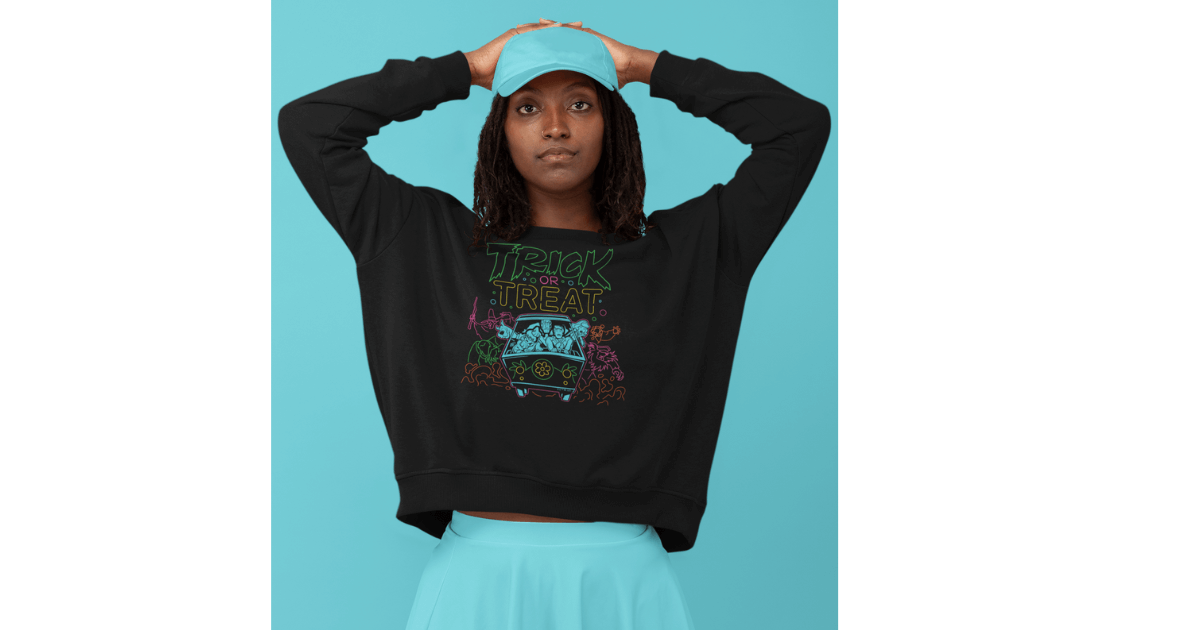 It’s No Mystery: Scooby-Doo’s Favorite Month of the Year Scoobtober Scares up Family-Friendly Entertainment, Products and More Around The World

Celebration Kicks Off With Premiere Of All-New Animated Movie

Burbank, CA — In honor of the spookiest month of the year, Warner Bros. Discovery invites families around the world to grab their Scooby Snacks and enjoy the antics of  Scooby-Doo and his friends during Scoobtober, the annual month-long event honoring the lovable pup and his mystery-solving crew. The celebration kicks off with the streaming and broadcast debut of the all-new, original animated movie Trick or Treat Scooby-Doo! from Warner Bros. Home Entertainment on Cartoon Network and HBO Max. Warner Bros. Consumer Products has also collaborated with fashion and accessories partners including Hot Topic, Lunchbox, FYE, Loungefly and Buckle Down for Scooby-themed collections this Scoobtober. Groovy ghoulies will dig a range of Scoobtober hijinks at The Children’s Museum of Indianapolis along with exclusive fan events at New York Comic Con.

Cartoon Network will also host an exclusive screening of Trick or Treat Scooby-Doo! at New York Comic Con on Friday, Oct. 7 at 4:45 p.m. in the Jacob K. Javits Center (Room 401). Scooby fans are encouraged to attend the early screening in their Halloween costumes and can expect fun games, goodies, giveaways and more! A New York Comic Con badge is required.

In Southeast Asia, Australia and New Zealand, Boomerang is celebrating the best of Scooby-Doo throughout October in the build up to Halloween. Every day, Boomerang viewers can snack on Scooby-Doo series on weekdays and movies on weekends. In Singapore and Malaysia, it’s 8:00 a.m. – Noon; in Thailand and Vietnam, it’s 7:00 a.m – 11a.m.; and in Australia and New Zealand, it’s 8:30 a.m. – 11:30 a.m.

In the United Kingdom, 15 UK-based family and pet influencers will be gifted the ultimate Scooby-Doo bundle! Each influencer will receive a dress-up bundle from Amscan, doggy treats from Fred & Ginger, a Mystery Machine and action figure pack from Character Options, and a collection of Scooby-Doo Home Entertainment titles including Trick or Treat Scooby-Doo!

Younger fans will have the opportunity to win this amazing bundle for themselves, along with a games console, by entering the Scoobtober competition on the Boomerang UK website. Fans can also get their hands on a Scooby bundle by entering the Warner Bros. UK Twitter competition, and can watch their favourite Scooby content in style by downloading the Scoobtober Watch Party Pack, filled with recipes, activity sheets and more!

About Trick or Treat Scooby-Doo!

From Warner Bros. Home Entertainment, the animated feature film Trick or Treat Scooby-Doo! will debut on Cartoon Network and HBO Max beginning October 1. Mystery Inc. has cracked the case to top all cases! They’ve tracked down Coco Diablo, the   head   of   the   notorious   costume   crime   syndicate   that   includes   The   Black   Knight, Space Kook and the Ghost Diver. With Coco and her kitty in prison, Mystery Inc. thinks that they can finally enjoy a break. Wrong! Suddenly, menacing doppelgänger ghosts of the Scooby crew and favorite classic foes show up in Coolsville to threaten Halloween. Now it’s up to the meddling kids – and their unlikely new partner Coco – to unmask the  latest   scoundrel   and   save   Halloween!   For   Shaggy   and   Scooby-Doo,   with   trick-or-treating on the line – this time it’s personal! The movie also launches on Digital on October 4th for $14.99 SRP (US and Canada)  and DVD on October 18th for $19.98 SRP ($24.98 in Canada).

HBO Max™ is a streaming platform that offers best in class quality entertainment, delivering the greatest array of series, movies, and specials from the iconic brands of HBO, Warner Bros., and DC, as well as Max Originals and blockbuster films. The platform launched in the United States in May 2020 and introduced a lower priced, advertising-supported tier in June 2021. Currently available in 61 countries, HBO Max began its global rollout launching in markets across Latin America and the Caribbean last summer, followed by European launches in the Nordics, Iberia, the Netherlands and Central and Eastern Europe.

Cartoon Network is the #1 global animated series network. Combined with a rich legacy of characters and a deep roster of creatives with unique brands of storytelling, Cartoon Network showcases original content from across Cartoon Network Studios, Warner Bros. Animation, Hannah-Barbera Studios Europe, and beyond that includes  “Craig of the Creek,” “Steven Universe,” “Teen Titans Go!,” “We Baby Bears,” and more. Under its Redraw Your World tagline, Cartoon Network’s content commitment appeals to the complete spectrum of kids and families including preschoolers with the programming block Cartoonito and family co-viewing with the ultimate destination,  ACME Night. Upcoming new series such as “Batwheels,”  “Gremlins,”  “Total Drama Island,” and more, comprise an inclusive  programming lineup on Cartoon Network. Cartoon Network’s historic library can also be streamed on HBO Max, or is available on Amazon, iTunes or Vudu (U.S. only).

Warner Bros. Consumer Products (WBCP), part of Warner Bros. Discovery Global Brands and Experiences, extends the company’s powerful portfolio of entertainment brands and franchises into the lives of fans around the world. WBCP partners with best-in-class licensees globally on an award-winning range of toys, fashion, home décor, and publishing inspired by Warner Bros.’ biggest franchises from DC, Wizarding World, Looney Tunes, Hanna-Barbera, Game of Thrones, Cartoon Network and Adult Swim. With innovative global licensing and merchandising programs, retail initiatives, and promotional partnerships, WBCP is one of the leading licensing and retail merchandising organizations in the world.

MGM’S EPIX to Relaunch as MGM+ in Early 2023, With New Brand Identity and Programming Offerings

Bounce, the New Experiential Travel App, Partners with MGM to Launch ‘The Pink Panther and the Case of the Missing Diamond’ Interactive Outdoor Adventure

Bing And His Friends Return to Big Screens Across the UK