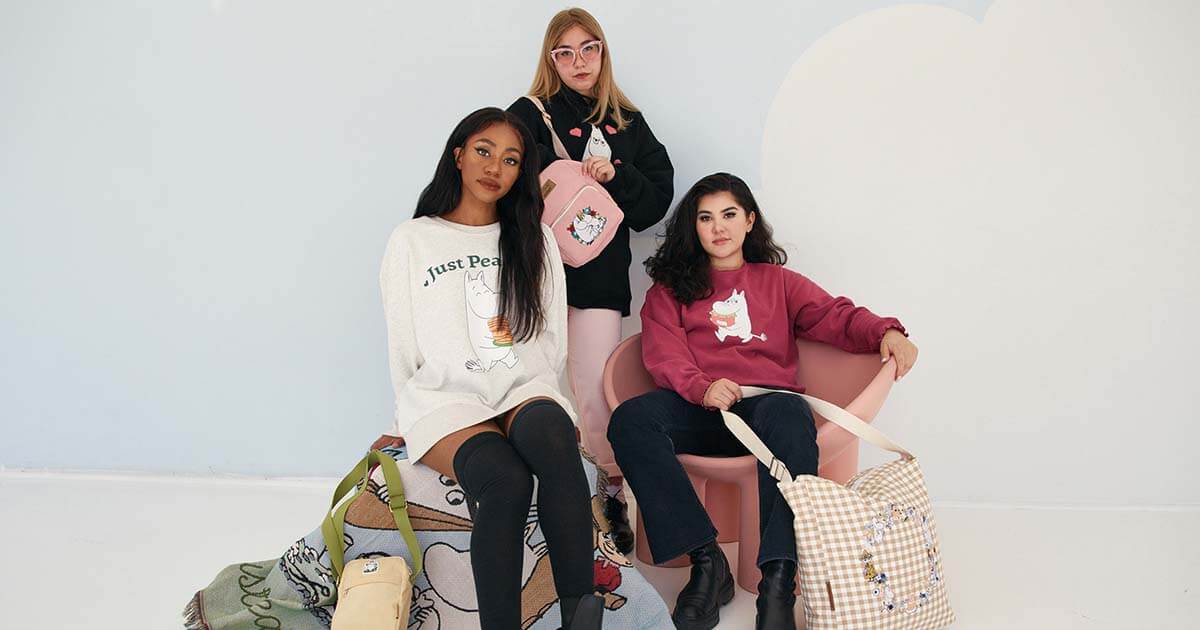 Momentum for the Brand Builds in North America with New Apparel and Accessories Collections, a Film about Moomin Creator, Tove Jansson and a Moomin Exhibit at the National Children’s Museum in Washington, D.C.

NEW YORK, November 12, 2021 — King Features Syndicate, home to some of the world’s most popular entertainment characters, today announced a robust new licensing program for the beloved children’s property Moomin as the brand continues to gain momentum in North America. This growth is supported by new consumer product launches, the recent theatrical release of TOVE –– a new biopic about Moomins’ creator, Tove Jansson –– and a Moomin exhibit now open at the National Children’s Museum in Washington, D.C. These new deals and experiences further expand the brand’s presence in the U.S. and increase fans’ accessibility to Moomin in the region.

The expanded Moomin licensing program comes on the heels of the biopic TOVE, which was theatrically released in the U.S. earlier this year. The movie follows the artistic struggles and unconventional personal life of Tove Jansson, who found worldwide success from an unexpected side project: the creation of the beloved world of the Moomins. TOVE is a captivating drama about the creative energy of an iconic talent and her turbulent search for identity and freedom.

Now through January 9, 2022, fans in the United States can experience the magic of Moominvalley in person at the National Children’s Museum in D.C. by visiting the “Moomin Animations – Thrills and Cuddles” exhibit. The exhibit is produced by the world’s only Moomin Museum and brought to the U.S. by the Embassy of Finland in Washington, D.C. Combining texts and colorful illustrations, the exhibit retells the story of how the Finnish author Tove Jansson’s beloved Moomin books and comics have been brought to life using animation. Families can enjoy Moomin animation from different eras and parts of the world, from the very first Moomin film to premiere on TV to the most recent, award-winning 3D animation series, Moominvalley. Along the way, fans will also explore the universal values represented in the Moomin stories — equality, inclusion, kindness and respect for nature. The exhibition is co-produced by the Moomin Museum, the Embassy of Finland in Washington, D.C., National Children’s Museum, Gutsy Animations Ltd. and Moomin Characters Ltd., and is supported by Finarte and Lovi Ltd. More details here.

As part of the annual Kids Euro Festival in D.C., organized by the EU Delegation to the United States, the Embassy of Finland and National Children’s Museum distributed 400 free tickets to the exhibition this fall. In addition, the festival offers a variety of free online programming for all to enjoy at home. Upcoming events include:

“Moomin and its charming characters are known around the world for friendship, love and adventure and have become a true cultural phenomenon,” said King Features Vice President and General Manager, Global Head of Licensing, Carla Silva. “We are thrilled to be sharing the Moomin values with consumers in North America through local products and experiences that the whole family can enjoy.”

First debuted more than 75 years ago, Moomin has an extensive fan base across European territories and is now gaining popularity in North America. The classic publishing property consists of a beautiful library of charmingly illustrated editions that celebrate friendship, love, kindness, adventure, courage, tolerance, equality, freedom, individuality and respect for nature. Moomin characters are also starring in a stunning 3D CGI series, Moominvalley, currently airing in multiple territories around the world.