Rather than just representing the brands of others, a growing number of licensing agencies are developing their own IP, buying or investing in properties developed by others, or doing other business to create new revenue streams.

These strategies are being deployed both to give agencies greater control of their fate and as a hedge against the ebbs and flowing of the licensing business. It also comes amid heightened competition for licensed products both online and in stores as retailers launch a growing array of private labels.

“More brands just are available these days to be purchased or developed, and it is really about agencies wanting to protect their futures and looking at it as ‘this can be the right thing for me long term’” for generating additional revenue, says Lotman. Global Icons wants to buy additional brands, while Brand Central, on the other hand, is investing in developing additional IP.

“I think the trend to acquire or develop brands will continue as a way for agents to maintain more control of their business,” says Wilensky.

Agencies’ venture into becoming IP owners can be fraught with challenges given the inherent conflict between the brands they own and the ones they represent. In most cases, agencies that have entered the IP ownership business have separated it from their core representation operations and have brands that don’t compete with those of their clients. 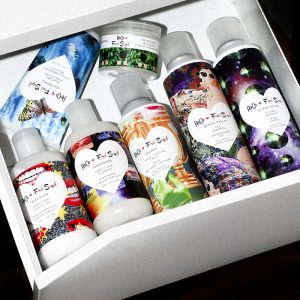 In buying Fred Segal, Global Icons had the backing of investment firms and inherited 12-13 employees dedicated to the brand. The acquisition also came with several licensees and plans for opening stores.

Evolution partnered with Olo in a separate venture and Brand Central set up a separate group to work with its trend group Brand Central Insights to identify white spaces and growth categories that are free of conflict with client-related business.

“They [Brand Central’s clients] realize there is value in our agency diversifying its business, and it gives us a new perspective as an owner,” says Misher.

Another angle for generating additional revenue aside from owning a property is seeking production agreements for clients’ properties. Striker Entertainment partners Russell Binder and Marc Mostman receive fees for serving as executive producers on film projects for brands they represent that flow back to Striker. For example, these include a first-look agreement with Blumhouse Productions, which also is developing a film based on the Five Nights at Freddy’s mobile game. And a new series version of the 1982 film Creepshow that launches on AMC Networks’ Shudder video-on-demand service on Sept. 26. In both cases, Striker has agreements separate from the ones they have for consumer products with the IP owner negotiating their own pacts with the companies financing a film or TV show, says Striker Partner Russell Binder.

“We are a licensing agency at our core, and what we do is extend IP, but the question is, is there a reason to limit the extension of IP to purely consumer products?” says Striker Partner Russell Binder. “If we have relationships with Hollywood and financiers to extend IP, it is truly full brand extension.”

Some agencies also seek to invest in brands rather than owning them outright. Brand Liaison weighed developing 1-2 of its own brands for about a year, but neither of them “moved up to the front burner” in terms of licensee demand, says Brand Liaison President Steven Heller.

Instead it’s near an agreement to invest in an unnamed fashion brand later this year, says Heller.

“If you buy into an existing opportunity and own a piece of brand, that is a different business model” than owning it outright, says Heller. “It doesn’t require capitalization or fund backing and if it hits, you can share in the success.”

Yet not all agencies are moving into developing their own IP or buying a brand. For example, neither Beanstalk nor Brandgenuity say they have any immediate plans to do so, largely to avoid conflicts with client business.

“It is a way to control your own destiny, because you become your own client, and you are able to set your own priorities and drive the truck yourself,” says Beanstalk Chairman Michael Stone. “But if you pay a lot of money to buy something, you have to put your resources behind it to make up the cost of the acquisition. That is not to say I wouldn’t do it, but there is a built-in, inherent conflict to be representing brands and owning them at the same time.”

And of course not all bets succeed. Binder was an executive producer on “Candy Crush Saga,” which aired on CBS-TV in 2017, but wasn’t renewed after a 10-episode run. Striker at the time represented Candy Crush developer King Entertainment, which was sold to Activision.

Yet for those developing their own IP, the risk that a brand might not find a home is outweighed by the potential financial return if it proves successful, which can be greater than the 25%-35% royalties many agencies typically receive for representing a licensor’s brand.

“If you own a brand, whether you are the sole creator or have a partner, you get the lion’s share of the royalty stream rather than a slice of it,” 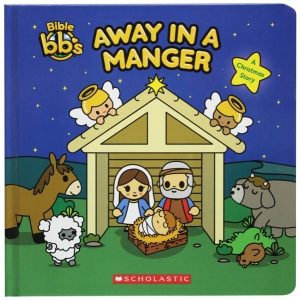 says Evolution Management CEO Travis Rutherford. “We are taking a finished, fully baked concept from start to finish and making toy companies our master licensee with the hope that one of these will hit and will gain enough traction so that the downstream licensing activities can be layered on top.”

The additional revenue can also prove invaluable as licensors increasingly seek shorter “tails” – the period of time after a representation agreement ends during which an agent continues to receive payments for signed deals. While agreements once had agents receiving these payments in perpetuity, few pacts now carry payments for longer than 10 years after an agreement ends, with some in the 3-5-year range, say agency executives.

“The tail portions of the contracts have gotten significantly shorter and perpetuity deals are a thing of the past,” says Stone. “As licensing became more important to companies (licensors) and they have understood the benefits of licensing and importance of it to their brands, the tail portion of contracts has gotten shorter. An agent deserves a tail because sometimes it takes years for an agreement to bear fruit.”