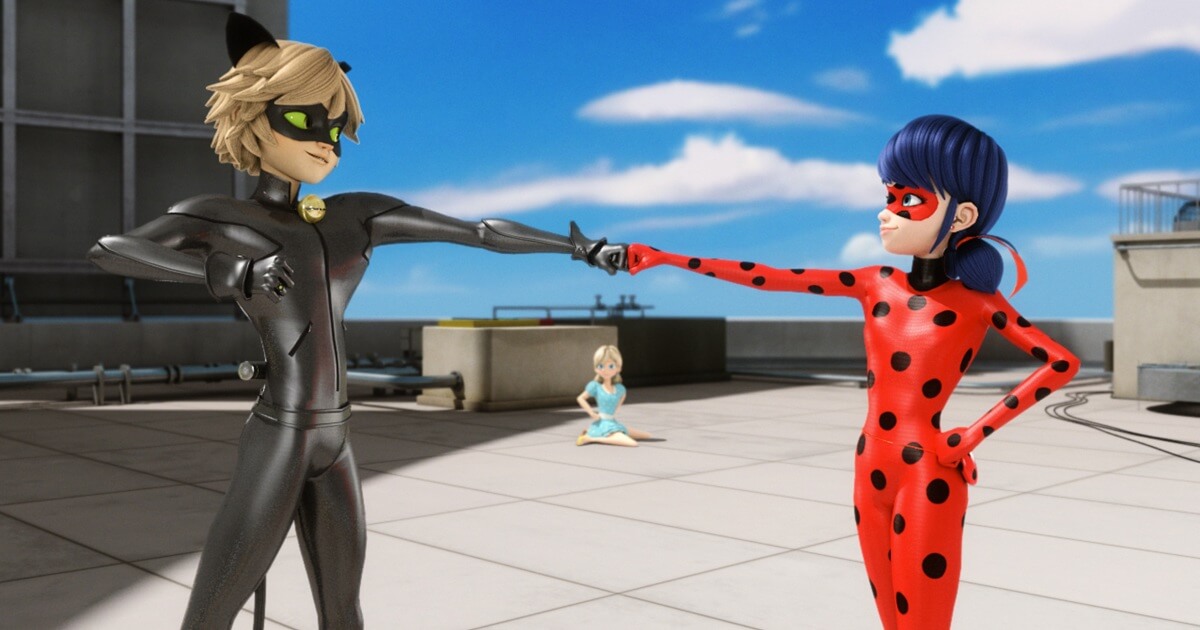 Miraculous: Tales of Ladybug and Cat Noir, the animated series created by ZAG and co-produced with ON Kids & Family continues to reap success around the world.

According to Parrot Analytics data, the series was listed among the  Top 10 most popular TV shows on Netflix in the U.S.[1]

Thanks to the series’ universal popularity, Disney+ (which has over 100 million subscribers) has acquired the global rights (except for Brazil, Korea and China) including for series four and five, which will launch respectively in 2021 and 2022.

The fourth season of the series will drop on Disney Spain and Portugal in mid-May. The Miraculous animated theatrical feature film will start to roll out at the end of 2021. This film is a ZAG, ON Kids & Family and Planeta Junior coproduction with a production budget of $100MM+.

Miraculous™ is everyone’s superhero story. The series is ranked by IMDB amongst the Top 10 Best Animated Shows in the last 20 years[2]; and most recently, was listed among the Top 10 most popular TV shows on Netflix in the U.S.  With a massive fan base of young adult “Miraculers,” (ages 15-25), Miraculous has become a digital planetary craze with over 23 billion views on YouTube (authorized and of user-generated content); 150 million downloads of the official Miraculous app, over 200M products have been sold during the past four years, and over 6 million followers on Instagram. Miraculous is the winner of 19 awards, including the 2018 Teen Choice Award for Choice Animated Series and airs in over 120 countries across the globe.

The first of the two TV Event Movies, Miraculous World: New York: United Heroez, scored top ratings on its premiere in fall 2020.  In the U.S., the Friday night movie premiere on Disney Channel on September 25, 2020, ranked #1 for the week across all cable  TV with Girls 6 – 11, and #1 across all TV in its timeslot in the same demographic[3];   in France, on TF1, the movie was broadcast on October 18th and was the #1 kids show across all channels reaching 39.2% viewing share with kids aged 4 to 10[4]; in Germany, it ranked #1 on Disney Channel during the “Miraculous Day” Weekend Event Premiere[5] on November 7; in the UK the movie was the #1 program on POP for both days that it aired[6] (October 24 and 25); and in Brazil, the movie ranked #1, with the biggest audience among pay-tv kids in 2020.[7]About Miraculous™: Tales of Ladybug & Cat Noir.

The 3D-CGI-animated superhero aspirational action-comedy series Miraculous™: Tales of Ladybug & Cat Noir, created by ZAG and co-produced with ON kids & family (Mediawan Group), follows the adventures of two seemingly typical teens with secret identities, Marinette and Adrien, who magically transform into superheroes, Ladybug and Cat Noir. As secret superheroes, Ladybug and Cat Noir are partners in the action. But in the daytime, Marinette is just a normal girl, living a normal life. Cat Noir will do anything to support and impress Ladybug, but does not know this is Marinette from his class. Marinette, the regular girl, in turn dreams of Adrien and simply gets little response. When evil threatens Paris, their beloved City of Lights, can they beat the unexpected villains?