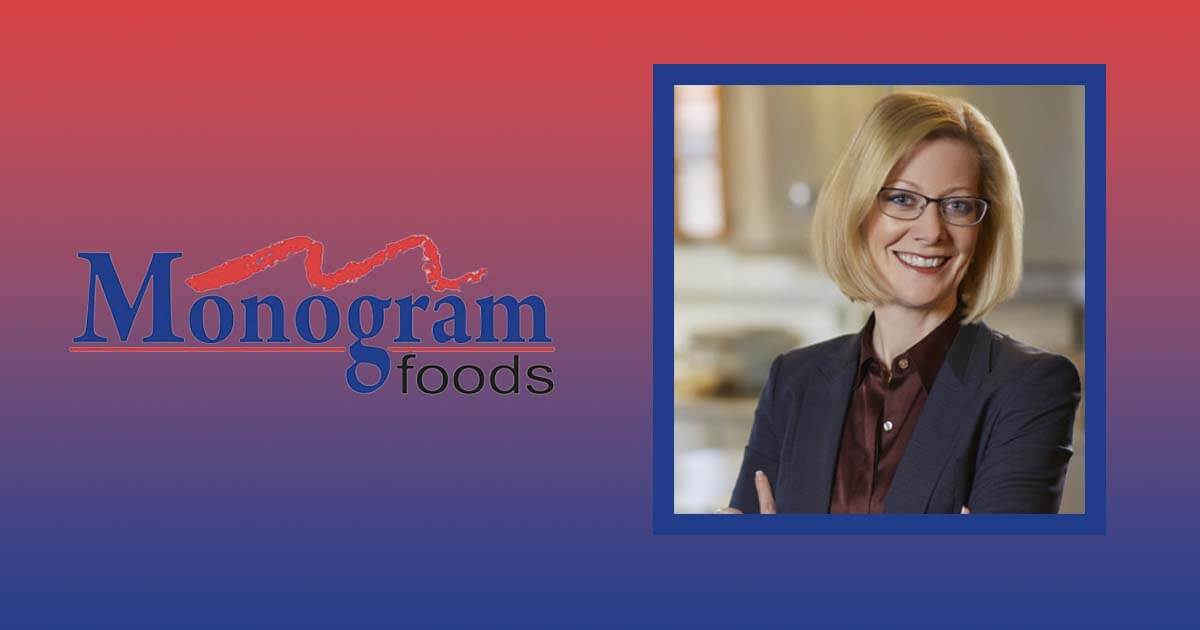 “It’s no understatement to say that we would not be where we are today without Cheryl’s guidance and leadership. She is a true visionary and has been integral in building a strong foundation for continued success,” says Monogram Foods’s Chief Executive Officer Karl Schledwitz.

Haynes’ hire is part of Monogram’s strategic vision of continued growth as a market leader in innovative food manufacturing. She is a veteran in the food industry and has been with Hormel Foods for more than 20 years, most recently as their Vice President and Controller. In her role at Hormel Foods, she also served on the boards of Applegate Farms, LLC and MegaMex Foods, LLC. “Jana’s proven track record of helping lead companies through growth, combined with her unmatched levels of expertise and leadership skills, makes her a perfect fit for Monogram Foods during our time of unprecedented growth. We are incredibly proud to have her on the team,” says Monogram Foods’s Chief Executive Officer Karl Schledwitz.

“I am very excited to join Monogram Foods,” says Haynes. “I’ve watched this company’s upward trajectory over the years, and I know Monogram Foods has the right business model and team in place to achieve continued success. I look forward to joining the team.”

For the first few months of her time at Monogram Foods, Haynes will work alongside Duffy-Geiger. Duffy-Geiger has held the position since 2018 and plans to move closer to her family upon her departure in April. Once Haynes assumes the role of CFO she will serve on the Monogram executive leadership team and will lead operations of finance, accounting, and more.

Haynes received a Bachelor of Science in Accounting from the University of Wisconsin-Eau Claire and completed the Executive Development Program at Northwestern University’s Kellogg School of Management. She will live in Memphis, Tennessee, headquarters of Monogram Foods.

About Monogram Foods
Monogram Foods is a packaged foods producer and private label provider for strategic partners throughout the United States. Founded in 2004 with the purchase of King Cotton® and Circle B Brand® meats from Sara Lee Corporation, Monogram Foods manufactures and markets top-quality food products. Among these are a full range of meat snacks, appetizers, assembled sandwiches, raw bacon, corn dogs, bakery, and other convenience products. Monogram Foods is headquartered in Memphis, Tennessee, and operates 11 facilities in seven states.