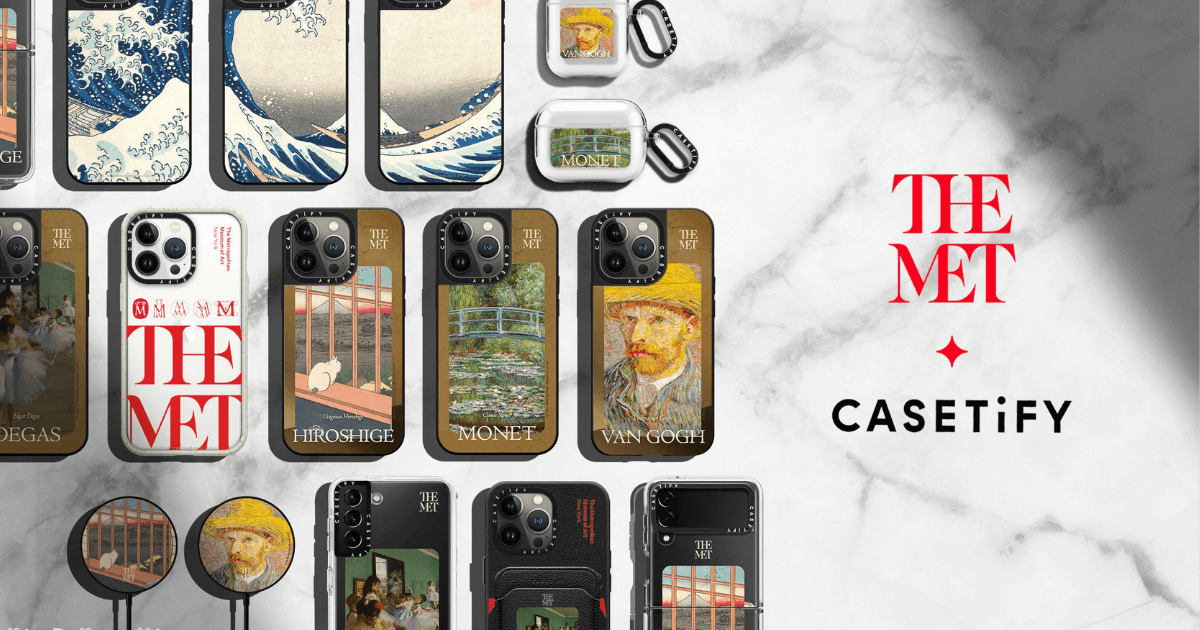 With museum doors closed during much of the past two years, brand licensing was more important than ever. Programs already underway were accelerated as admissions revenue dried up.

This growth was driven not only by the need to find new sources of revenue, however, but also to keep the museums’ brands top of mind with consumers at a time when virtual collections ruled the day.

“Museums were already looking for alternative revenue streams and for ways not just to make more money, [but] to connect with different audiences,” said Lisa Silverman Myers, the head of licensing and partnerships at the Metropolitan Museum of Art (The Met). “The pandemic accelerated all this and, to some extent, it gave us a little space to have conversations [with museum staff] about licensing, speak with curators and make those connections.”

Those connections, in the case of the Met and other museums, have resulted in a broader range of licensed products and distribution.

For example, the Met, expanded Beanstalk’s representation to include the UK, Europe, the Middle East, and Asia, filling regions previously handled by WildBrain CPLG. Licensee Casetify is launching a cellphone case collection on March 25 featuring the works of artists like Van Gogh and Monet. Meanwhile, cellphone case supplier Casely is also readying what it’s billing as the “official” Van Gogh collection under an agreement with The Van Gogh Museum. (The Met has a separate collection of 17 of Van Gogh’s paintings.)

In the case of the Brooklyn Museum, it hired Artistory last fall as the master licensing agency charged with seeking agreements for its collection of 1.5 million works of art, craft, design, and artifacts. Artistory also recently added Madrid’s Thyssen-Bornemisza National Museum and its 1,600 paintings to its client list.

London’s National Gallery licensee Uin, meanwhile, launched a footwear collection using the works of Van Gogh and Georges Seurat. The Museum of Modern Art (MoMA) licensed Vans for footwear and apparel and signed a partnership with Nordstrom to sell a collection of more than 200 home décor products in 10 U.S. cities.

On the distribution front, the Met paired its “European Masterpieces from The Metropolitan Museum of Art” traveling exhibit—which features 46 paintings that are in Tokyo through May 30—with licensed products including those from lead licensee Art Plus Project Co.

“There has been a trend of interest in art in licensing. The timing was right [during the pandemic] and a lot of museums were feeding that moment,” Silverman Myers said. “We are [just] scratching the surface of what we {The Met}can do since we are barely in Europe [for licensing] and in Japan for about a year.”

Another area of focus for museums looking to license is the Middle East.  In recent years several museums have opened in the region including the Louvre in Abu Dhabi, the Museum of Islamic Art in Doha, and King Abdulaziz Center for World Culture in Saudi Arabia. Countries throughout the region have competed to attract Western institutions.

As a gauge, Sotheby’s has served the territory for 40 years, but in the past five years has seen a 30% increase in the number of buyers and a cumulative total of $830 million has been spent on art auctions during that period.

“The sheer scale of museum evolution in the region over the past decade is utterly unprecedented,” according to Michael Macaulay, senior vice president of contemporary art for Sotheby’s.