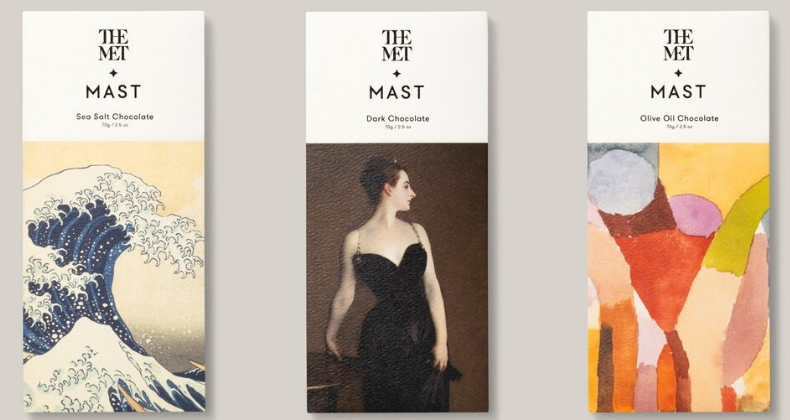 Museums and other cultural institutions are exhibiting increased interest in licensing as a means for driving revenue at a time when other funding sources – government subsidies and in-person ticket buyers, to name two – are under pressure.

And while some museums have long had licensing programs – the UK’s Victoria & Albert (V&A) Museum has been licensing for more than 20 years, and has more than 85 licensees, and The Palace Museum in the Forbidden City in Beijing posted $220 million in sales of licensed products in 2017 — but the pace has increased noticeably.

Revenue… and education
For example, the Metropolitan Museum of Art (The Met), which has forecast a $150 million revenue shortfall this year and laid off 81 workers, hired Beanstalk (for the U.S.) and WildBrain CPLG (for EMEA) in July to go with Alfilo (which already represented it in China) to help expand licensing globally, including its well-known 35-piece Van Gogh collection. It also hired former Viacom executive Lisa Silverman Meyers last fall as its first Head of Licensing and Partnerships and was making a push in licensing even before the COVID-19 outbreak in March.

“For many years they [the museum] hasn’t truly taken a look at it [licensing] as a revenue stream,” says Silverman Meyers. “The goal for this program is yes, it is a revenue stream, but just as importantly, ours is a mission of education and access. Everything I do is always within that filter of ‘how is this telling the story and who is this getting to that may not have the opportunity to come to the museum or may not think that the museum is for them.”

Building for the future
For the Boston Museum of Fine Arts, “Licensing has become even more important now to museum because many of the buildings were closed for six months and they’re re-opening with limited capacity and having to re-budget and there is only so much money you can make within the four walls of your museum,” says Debra LaKind, Director of Business Development and Strategic Partnerships.  “It’s a question of how do you make that deficit up and licensing is going to become even more important in the future because you are able to monetize your IP in a way that you can’t in the building.”

Museum-based licensing is particularly prominent in China. but many institutions are increasingly deploying a global approach. For example, while the Boston Museum of Fine Arts hired Alfilo in 2018 to represent it in China, internal staff handle licensing in other markets from the Boston office.

According to data cited by Alibaba’s Alex Tsai during a recent Festival of Licensing keynote, museums and cultural institutions are the second most licensed category (17%) in China, trailing only character/entertainment (26%), but ahead of fashion (14%) and film/TV (13%).

“Since the start of the pandemic we are seeing more and more cultural organizations warming up to the concept of licensing,” says Alfilo founder Yezan He. “Licensing addresses a fundamental issue that is important to cultural organizations and that is to preserve and educate. With most museums shut down earlier this year and visitor levels at 20-25% of capacity, licensing has become more and more important as a meaningful means for organizations to reach their audience and generate revenue.”

Not surprisingly, sales in China have moved increasingly online.  France’s Louvre Museum recently launched a storefront on Tmall, joining the Boston Museum of Fine Arts, The Met, London’s National Gallery, the V&A and 26 other institutions.

The British Museum, which was among the first of the museums to launch an online store on Tmall in 2018, gets 2.2 million visitors monthly to the site. The store produced $51 million in revenue the first year (2018) and the museum also has opened a store on Taobao. The State Hermitage Museum, St. Petersburg, Russia, launched on Tmall earlier this year, building on a licensing program introduced in 2018 that has gained 18 licensees.

Other museum-based licensing developments include:

As it launches new licensing categories, MoMA has found consumers are selecting licensed products based on how the artwork makes them feel, says Robin Sayetta, Associate Director of Business Development at MoMA.  “Monet shoes can bring a sense of tranquility: the Dali shoes reflect a surreal mood.  Licensing is always a good way for museums like MoMA to reach people globally and to engage them with art.”