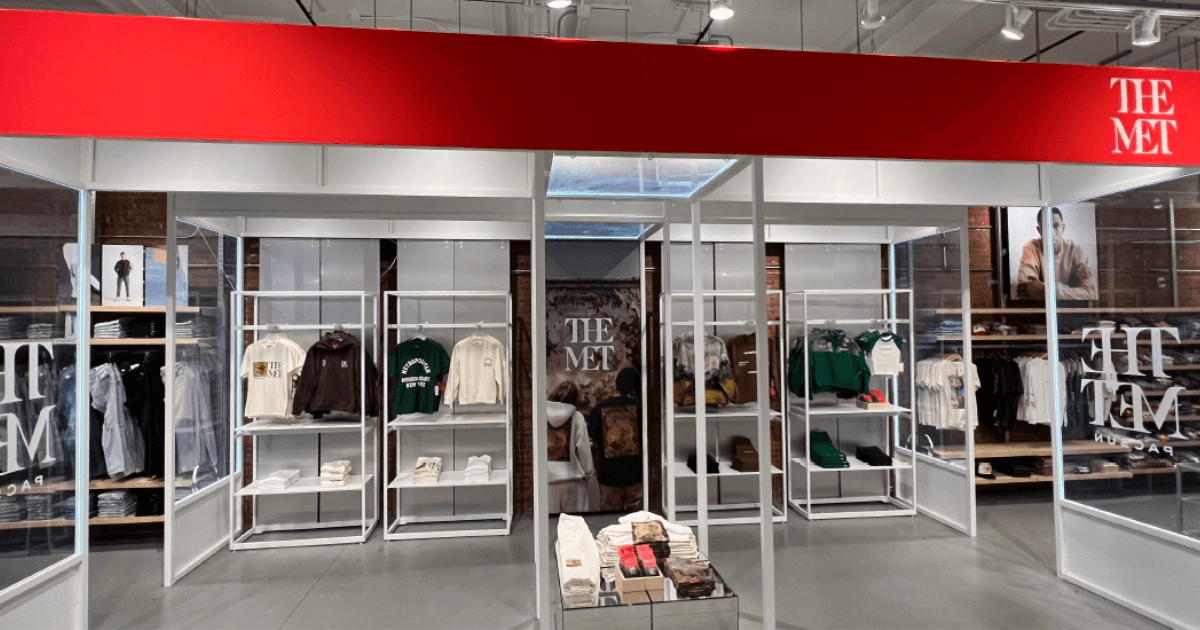 While so much shut down during the pandemic, licensing opened up for museums and is showing major staying power.

The pandemic has been a large driver of licensing, but the trend began several years before and will continue long after,” said Josh Romm, global head of licensing and partnerships at Metropolitan Museum of Art (The Met). “Museums are recognizing that they are also brands with compelling equity and can have programs beyond just their asset collections alone. They’re waking up to the fact if they are going to own their Intellectual Property and brands, they have to activate them much like other types of IP.”

For example, The Met signed a representation agreement with the agency Beanstalk to help grow and manage a portion of their global program, including a roster of 30 licensees, and potentially reach younger consumers given that 50% of the museum’s audience are Millennials, said Linda Morgenstern, VP of brand management at Beanstalk.

In October, a 25-piece apparel DTR range (including hoodies, sweatshirts, beanies, carpenter pants, and t-shirts) inspired by The Met was introduced with PacSun launching the initial creative wave at about 200 key stores and expanding across stores from there. In November, Dr. Martens introduced “Great Wave” X The Met-licensed boots and backpacks along with “Mount Fuji” shoes at its outlets and online, as well as through the museum store. Another strategic direction for the program is a coordinated launch into the very highest tier of Home, with partners including, Ann Gish, Scalamandre, and Wendover, to name a few. Most recently signed, licensee Eichholtz is readying a line of upholstered furniture, lighting, and home décor for launch in the fall, 2023.

“Heritage [licensing] is getting stronger and there is more of it at retail because the pandemic changed the perspective of some retailers,” said Maxine Lister, head of licensing at the Natural History Museum, which bowed a Roald Dahl apparel collaboration with Marks & Spencer and a stationery collection with John Lewis & Partners.

There are also signs that licensing is becoming part of an institution’s strategy even before it is built.

For example, the 52,000-square-foot Universal Hip Hop Museum is under construction in New York and won’t open until 2024. But there are already plans for an 800-square-foot gift store that will offer print-on-demand and licensed products from musicians and artists, the first 50 of which will be inducted into the museum’s “Hall of Respect” in 2023, said Kylerr Bucano, EVP and social media manager at the museum. In the meantime, there is a 2,830-square-foot pop-up near the construction site that carries merchandise along with a selection of Hip Hop artifacts.

The museum will also be highlighted in some co-branded apparel from Walker Wear and other products that will launch to mark hip hop’s 50th anniversary next year. Brand Liaison is working with the anniversary’s licensor, Legends Recordings LLC, in developing a licensing program to mark the event. Mitchell & Ness, Isaac Morris, and Philcos have been signed as apparel licensees with a portion of sales set to be donated to the Hip Hop Community Fund. Additional collaborations with other global brands will follow, said Steven Heller, president of Brand Liaison.

“Merchandise will be a big piece of the museum because everybody wants to buy something to commemorate the visit,” Bucano said.