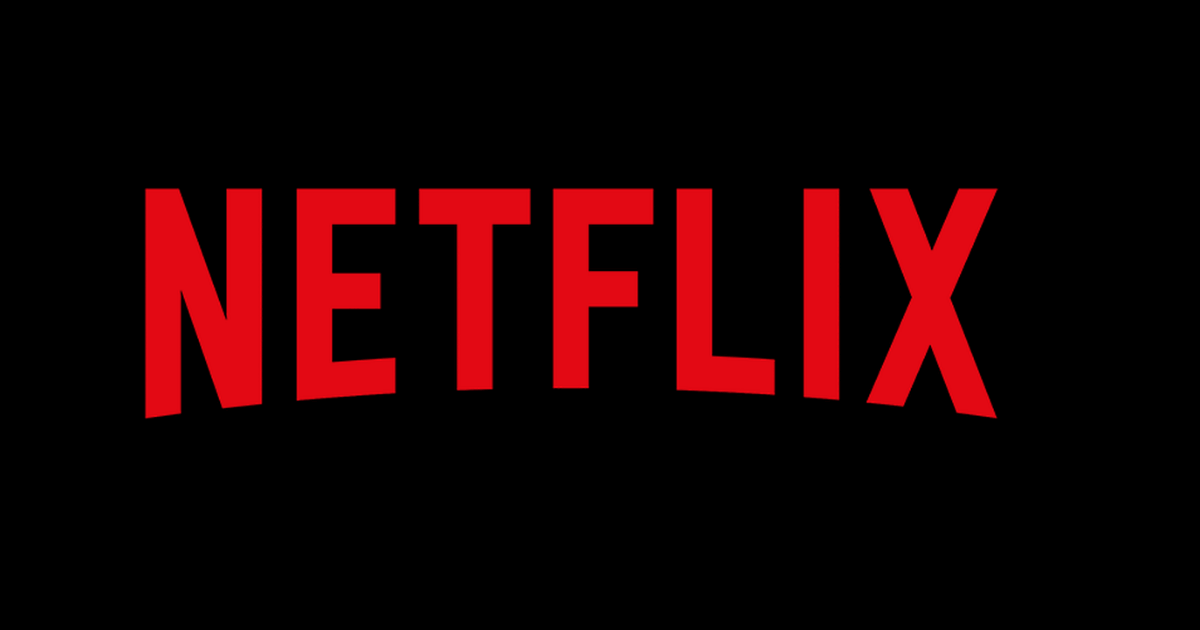 After a lighter-than-normal content slate in Q1 and Q2 due to COVID-related production delays in 2020, we are seeing the positive effects of a stronger slate in the second half of the year.

We’re very excited to finish the year with what we expect to be our strongest Q4 content offering yet, which shows up as bigger content expense and lower operating margins sequentially. Q3 Results and Q4 Forecast Revenue growth in Q3 was driven by a 9% and 7% increase in average paid streaming memberships and ARM , respectively. Excluding a foreign exchange (FX) impact of +$128m, ARM rose 5% year over year.

Operating margin for Q3 amounted to 23.5%, a three percentage point increase vs. the year ago period. This was above our beginning of quarter forecast due to the timing of content spend, as well as lower than forecasted marketing spend. EPS of $3.19 vs. $1.74 a year ago included a $136m non-cash unrealized gain from FX remeasurement on our Euro denominated debt. We under-forecasted paid net adds for the quarter (4.4m actual vs. our 3.5m projection), while ending paid memberships of 214m was within 0.4% of our forecast. For the second consecutive quarter, the APAC region was our largest contributor to membership growth with 2.2m paid net adds (half of total paid net adds) as we are continuing to improve our service in this region.

In EMEA, paid net adds of 1.8m improved sequentially vs. the 188k in Q2 as several titles had a particularly strong impact. The UCAN and 1 ARM (Average Revenue per Membership) is defined as streaming revenue divided by the average number of streaming paid memberships divided by the number of months in the period. These figures do not include sales taxes or VAT.

LATAM regions grew paid memberships more slowly. These regions have higher penetration of broadband homes although we believe we still have ample runway for growth as we continue to improve our service. As a reminder, the quarterly guidance we provide is our actual internal forecast at the time we report and we strive for accuracy. For Q4’21, we forecast paid net adds of 8.5m, consistent with Q4’20 paid net additions. For the full year 2021, we forecast an operating margin of 20% or slightly better. This means that Q4’21 operating margin will be approximately 6.5% compared with 14% in Q4’20. The year over year decline in operating margin is due mostly to our backloaded big content release schedule in this Q4, which will result in a roughly 19% year over year increase in content amortization for Q4’21 (compared with ~8% growth year to date).

Our programming strategy is to provide members with a wide variety of high quality content that’s loved and watched in large numbers. Season five of La Casa de Papel (aka Money Heist) and season three of Sex Education were two of our biggest returning shows in the quarter with 69m and 55m member households, respectively, choosing to watch these fan favorites in the first four weeks. On the heels of The Queen’s Gambit, we’ve had another limited series hit with Maid which launched just after quarter-end on October 1. We expect this story about living on the poverty line by award-winning playwright and screenwriter Molly Smith Metzler to reach 67m households during its first four weeks. La Casa de Papel was our first non-English language title to show that – with subtitling and dubbing – great stories truly can come from anywhere and be loved everywhere. We are now producing local TV and film in approximately 45 countries and have built deep relationships with creative communities around the world. While the goal of our local content executives is always to create locally authentic stories that will resonate in their country (like The Chestnut Man which we expect to be watched by 2 approximately two thirds of our Danish members during its first four weeks), Netflix is a global, direct-to-consumer service which enables creators to reach broader audiences – and gives our members an even greater choice of stories to enjoy. There is no better example of this than Squid Game, a unique Korean story that first captured the zeitgeist in Korea and then globally. Released on September 17, it has become our biggest TV show ever.

A mind-boggling 142m member households globally have chosen to watch the title in its first four weeks. The breadth of Squid Game’s popularity is truly amazing; this show has been ranked as our #1 program in 94 countries (including the US). Like some of our other big hits, Squid Game has also pierced the cultural zeitgeist, spawning a Saturday Night Live skit and memes/clips on TikTok with more than 42 billion views. Demand for consumer products to celebrate the fandom for Squid Game is high and those items are on their way to retail now. Our film slate also continues to build with a variety of successful Q3 titles such as action film Sweet Girl starring Jason Momoa (68m member households chose to watch in the first four weeks), Kissing Booth 3 (59m), the last installment in the rom com trilogy, the animated family film Vivo (46m) and Blood Red Sky, a German-language action horror movie (53m). Later in the year, we will shift to reporting on hours viewed for our titles rather than the number of accounts that choose to watch them.

There is some difference in rankings, as you see below, but we think engagement as measured by hours viewed is a slightly better indicator of the overall success of our titles and member satisfaction. It also matches how outside services measure TV viewing and gives proper credit to rewatching. In addition, we will start to release title metrics more regularly outside of our earnings report so our members and the industry can better measure success in the streaming world. 3 * Total hours viewed per title in its first 28 days on Netflix. ** The number of accounts that have watched at least two minutes of that title in its first 28 days on Netflix. Data as of 9/27/21. We’re honored to have garnered the most Emmys ever for any single network or service in a season of television, with 44 (tying CBS’ tally in 1974 when there were only three national networks). This included our first best Drama series win (The Crown), while The Queen’s Gambit won 11 out of 18 nominations, including the coveted best limited series. Both titles are among our most popular ever, demonstrating critical and commercial success.

During Q3, we announced our agreement to acquire the Roald Dahl Story Company, pending regulatory approval. This was an opportunity to purchase a beloved and enduring portfolio of intellectual property including Charlie and the Chocolate Factory, Matilda, The BFG, James and the Giant Peach, Fantastic Mr. Fox and The Twits, to name just a few. Roald Dahl’s books have been translated into 63 languages and have sold more than 300 million copies worldwide.

Once we close, we’ll be looking to develop even more of these stories into new formats across the live action television and films, animation and pre-school categories. We’ve begun testing our games offering in select countries. It remains very early days for this initiative and, like other content categories we’ve expanded into, we plan to try different types of games, learn from our members and improve our game library. During Q3, we acquired Night School Studio, the maker of critically acclaimed games like OXENFREE, to help build out our game development capabilities.

As a reminder, games on Netflix will be included in members’ subscriptions and will not have advertisements or in-app purchases so game play is purely focused on enjoyment versus monetization. We’re eagerly anticipating the rest of our Q4 slate, which includes a great mix of popular returning English language series like The Witcher, You, Tiger King and Cobra Kai, big returning non-English series like Sintonia and the final chapter of La Casa de Papel (aka Money Heist), as well as exciting new movies such as the action film Red Notice (starring Dwayne Johnson, Gal Gadot and Ryan Reynolds), Don’t Look Up with an all star cast including Leonardo DiCaprio, Jennifer Lawrence, Rob Morgan, Jonah Hill, Timothée Chalamet, Tyler Perry and Meryl Streep, as well as The Harder They Fall featuring Jonathan Majors, Zazie Beetz, LaKeith Stanfield, Regina King and Idris Elba, Army of Thieves (the prequel to our hit movie, Army of the Dead) and The Unforgivable starring Sandra Bullock, Viola Davis and Jon Bernthal. The latest films from acclaimed directors Jane Campion (The Power Of The Dog) and Paolo Sorrentino (The Hand of God) are also coming to Netflix in Q4. Assuming no new Covid waves or unforeseen events that result in large scale production shutdowns, we currently anticipate a more normalized content slate in 2022, with a greater number of originals in 2022 vs. 2021 and a release schedule that is more balanced over the course of the year, as compared to 2021.

We try many different approaches to see what might help our growth. One example in Q3 was the launch of a free plan for mobile users in Kenya. This plan is a great way for anyone in Kenya with an Android mobile phone to explore Netflix – with access to great content, personalized recommendations, and parental controls. We hope that this encourages more people to sign up for a paid membership so that they can watch Netflix on any device (mobile, TV, or laptop), access more features (e.g. downloads) and enjoy our entire catalog. It will take a year or two to determine if this technique helps our paid membership growth or not. We know that members most value the variety and quality of our content. Great recommendations are key to ensuring they can experience that breadth and diversity. So we continue to invest in our recommendations to ensure members can easily find great stories to enjoy on our service. One example of our ability to surface relevant programming is Manifest, a TV series that aired on NBC for three seasons and was subsequently cancelled in June 2021.

We added Manifest to our service in the US and Canada during the summer of 2021. In the UCAN region, 25m member households chose to watch this title in its first 28 days and we’ve ordered a fourth and final season given the popularity of the show. Marketing & Communications In addition to having best in class content and a product experience that allows members to easily find shows and movies they love, we also want our programming to be talked about and in the cultural zeitgeist. In September, we held our first global fan event, TUDUM, which featured news, first looks and trailers from over 100 of the most anticipated Netflix films and series of the next 12 months. TUDUM was a new way for us to connect fans with our titles, talent and brand and to drive conversation at a global scale and trended at #2 globally the day of the event on Twitter. Additionally, TUDUM and the 5 trailers/content released following the event were watched by fans in over 180 countries, generating close to 700m views and more than 3 billion impressions.