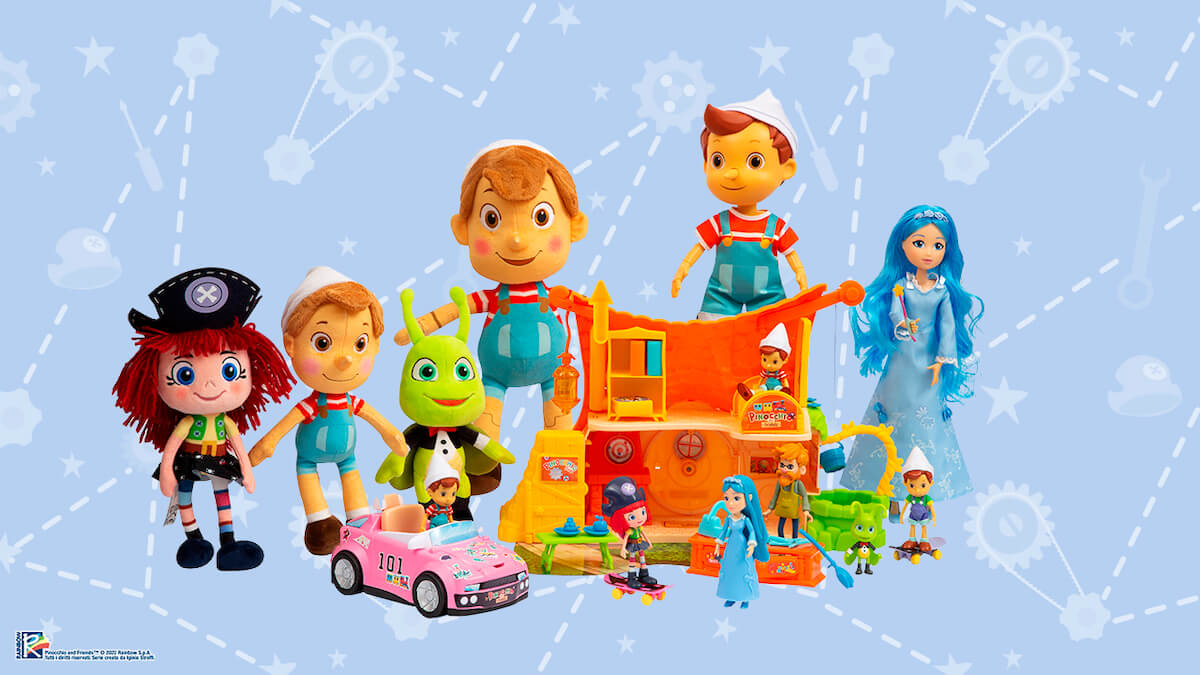 Giochi Preziosi unveiled the line last October with a special event held at the opening of its flagship store in Padua in the presence of Enrico Preziosi, president, and founder of the historic house.

The Pinocchio and Friends line has recently become available at major toy and mass retail stores with a set that has been carefully designed down to the smallest detail: characters with accessories, exciting play sets such as Geppetto’s Shop of Wonders with two characters included and many more such as the toy car driven by Pinocchio and Freeda in the series, as well as plush toys of the characters in various sizes, the musical Pinocchio and “White Lies Pinocchio”, the puppet with a nose that really stretches!

Giochi Preziosi has invested significantly in the development of an exceptional toy line, with attention to detail provided by the strong brand identity created by Rainbow, which confirms the high quality of Made in Italy and will give young fans and their families a safe and immersive play experience.

The marketing and communication campaign supporting the show continues with many activities starting from TV promotion and developing into dedicated digital activities, live experiences, meet & greet, in-store promotions and more.

The toy line is already highly appreciated by the growing number of fans of the series, an original adaptation based on Carlo Collodi’s timeless classic and made in high-quality CGI animation. Dedicated to a neutral target audience, Pinocchio and Friends is a series full of adventures, comedy and great values conveyed by characters and events faithfully taken from the fairy tale but also by new and exuberant characters such as Freeda, the pirate doll co-starring Pinocchio, who give the series an even more sparkling look.

The show ranks among the channel’s most watched, and after its resounding Italian debut it has landed in the United Kingdom thanks to a partnership with BBC, which broadcasts the series on its leading children’s channel CBeebies, continuing overseas to thrill Discovery Kids Latin America viewers.