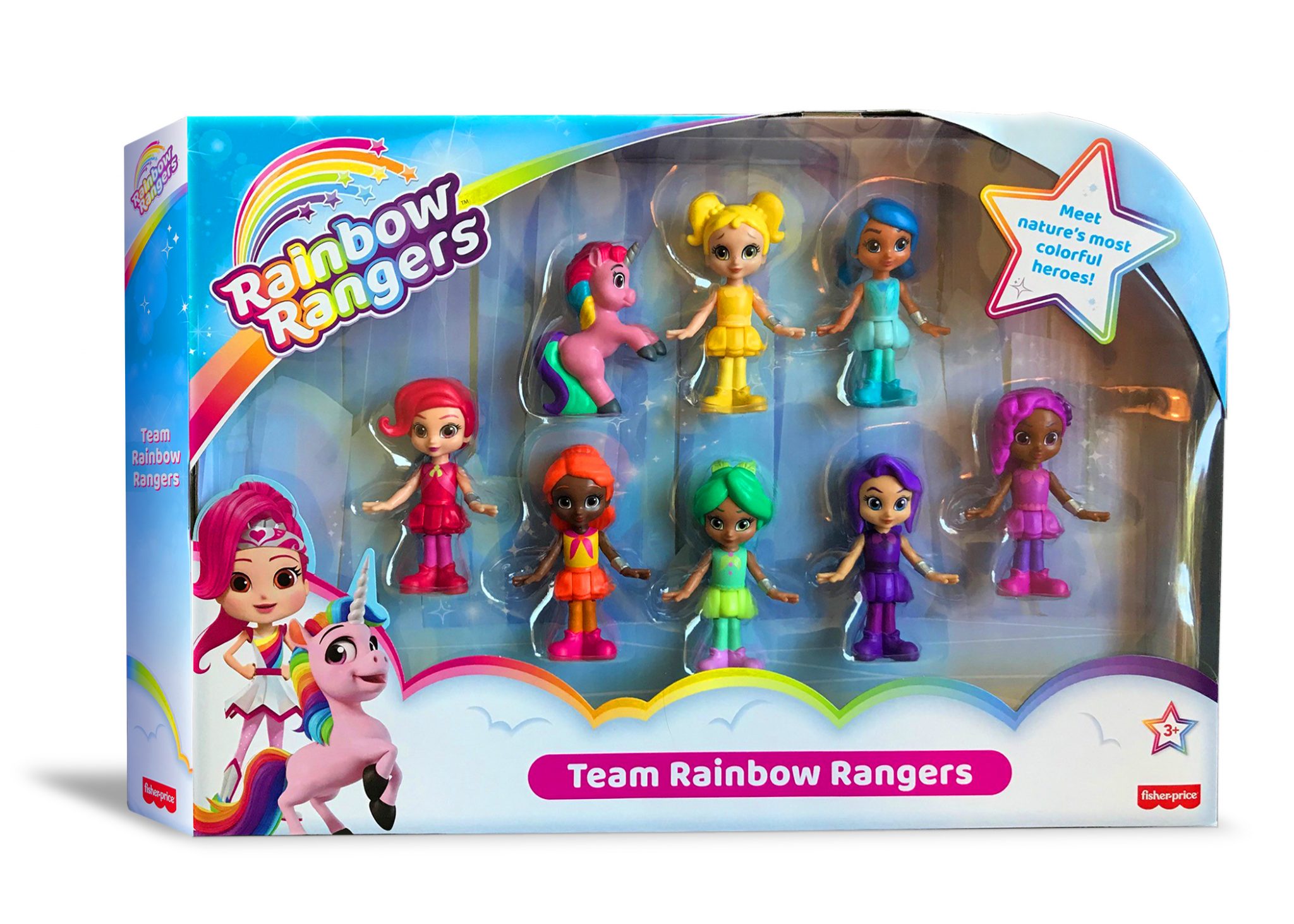 The third broadcast season of Rainbow Rangers, a CGI-animated, action adventure preschool series, will debut on Nick Jr.’s “Sunday Girls Rule” block at 11:00 a.m. with a special Halloween-themed episode, and subsequent episodes airing in the same time-slot through Nov. 22.   The premiere coincides with the recent Walmart retail launch of the Rainbow Rangers’ multi-figure action pack from Mattel’s Fisher-Price.

“In November, we will be heading into our third year of our broadast partnership with Nick Jr. for this unqiue series that promotes empowerment, diversity, friendship and adventure,” said Jess Brinder, Vice President of International Distribution. “The support from Nick Jr. since the launch of Rainbow Rangers in 2018 has been amazing, and the upcoming October premiere dovetails nicely with the launch of our first toy line from Mattel in Walmart stores.”