All successful licensing requires creativity, but the list of efforts among the programs nominated as Best Licensed Promotion showcases the range of techniques that can employed to use a brand, character set, or even an “independent agency of the United States Federal Government” to promote a third party. 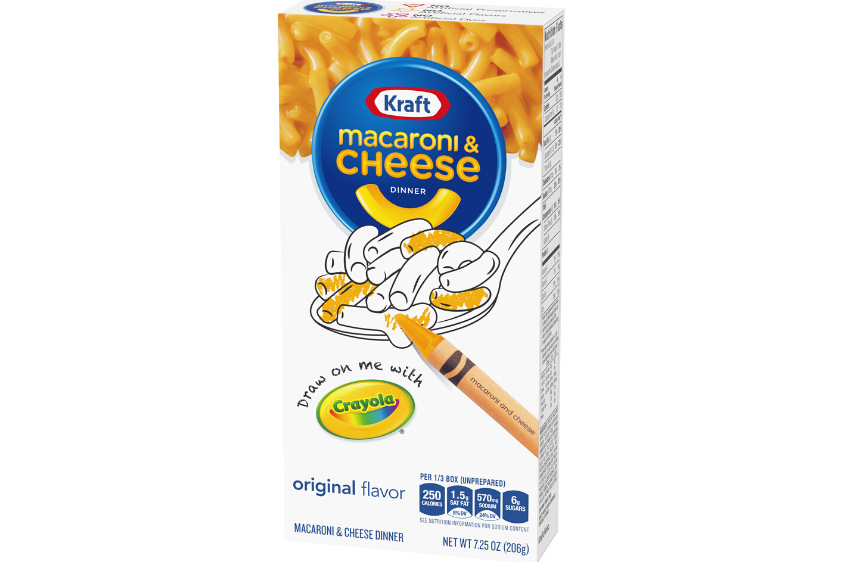 Crayola and Kraft Macaroni & Cheese made mealtime more fun with a creativity-infused back to school promotion. 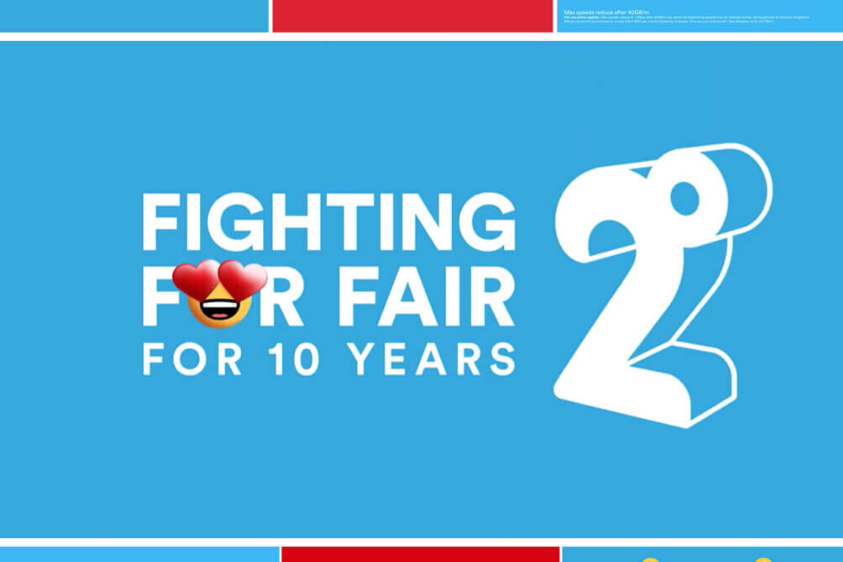 JoyPixels’ extensive asset library allowed 2Degrees to convey a wide range of messages using just one IP. For example, a selection of animal emojis were used to bring to life a SPCA testimonial showing how 2Degrees fights for fair for Kiwi businesses. JoyPixels emojis were also used in 2Degrees business testimonials for The Body Shop and Fahey Fence Hire. 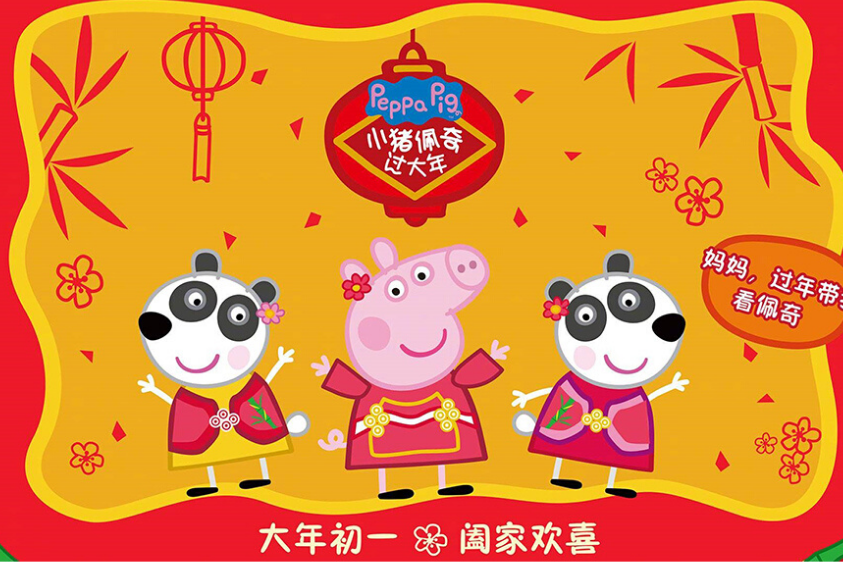 Peppa collaborated with e-commerce leader Tmall to leverage its unparalleled integrated communications and retail platforms, delivering Peppa Pig’s first Super Brand Day and hitting a 24-hour e-commerce sales record for the brand. Peppa Pig also had the privilege to be selected as one of the 30 top brands to take part in the Tmall Double 11 logo collaboration, a testament to the brand’s star power in China. The logo promotion brought Peppa Pig’s brand image to children and families in 21 cities and received around 5 million RMB ($710K) in free media value. 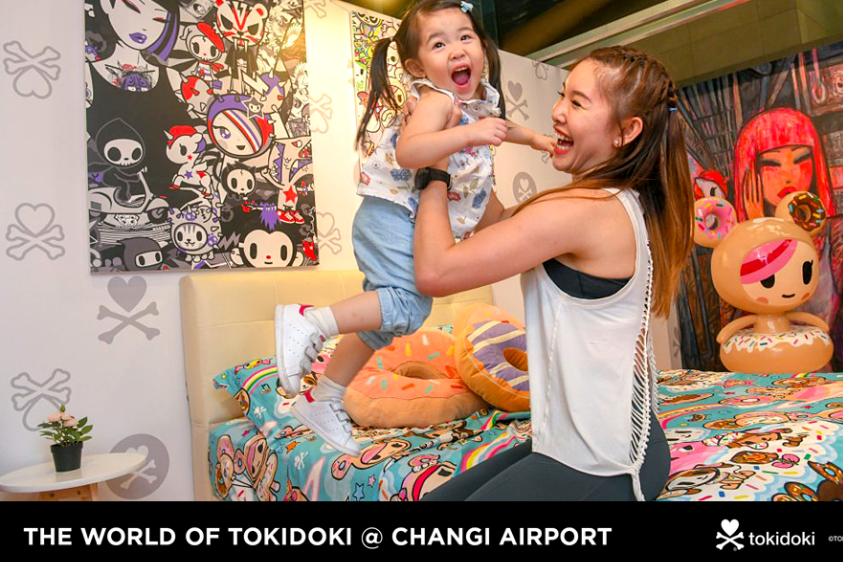 The promotion held from 15 March to 1 May 2019 attracted an all-time high footfall of >1000 visitors daily for school holiday promotion, achieved a record-breaking premium redemption rate, fully redeemed by the 3rd week. Thanks to the extensive media coverage, the event became the buzz of 2019, leading to a Changi activation re-visit in 2020. 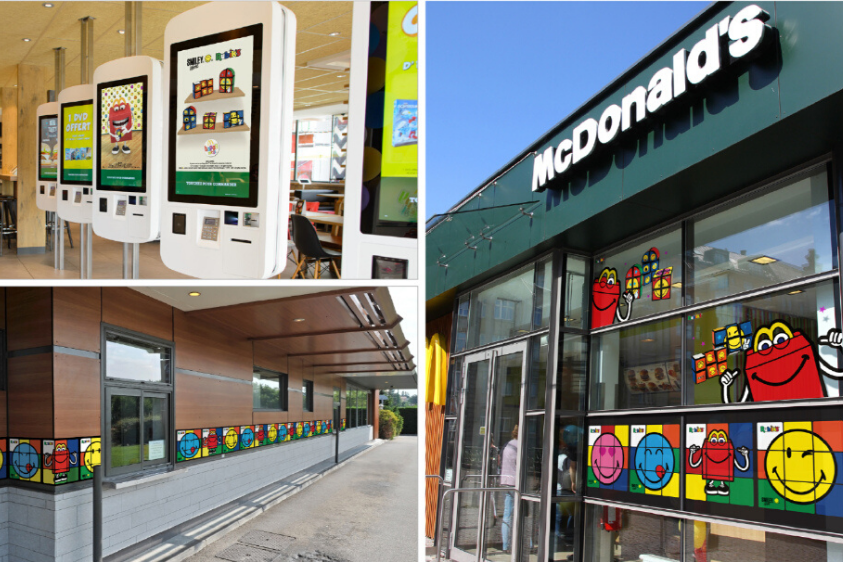 Bringing together Rubik’s and SmileyWorld in the exciting McDonald’s Happy Meal promotion combined the smartest brand in the world with the happiest brand in the world for the first time. This created different levels of gameplay for children with the mix and match smiley faces and the Rubik’s Cube twist and turn.

The success of the 2019 promotion has led to McDonalds running a further Rubik’s Cube happy meal promotion in 2020. 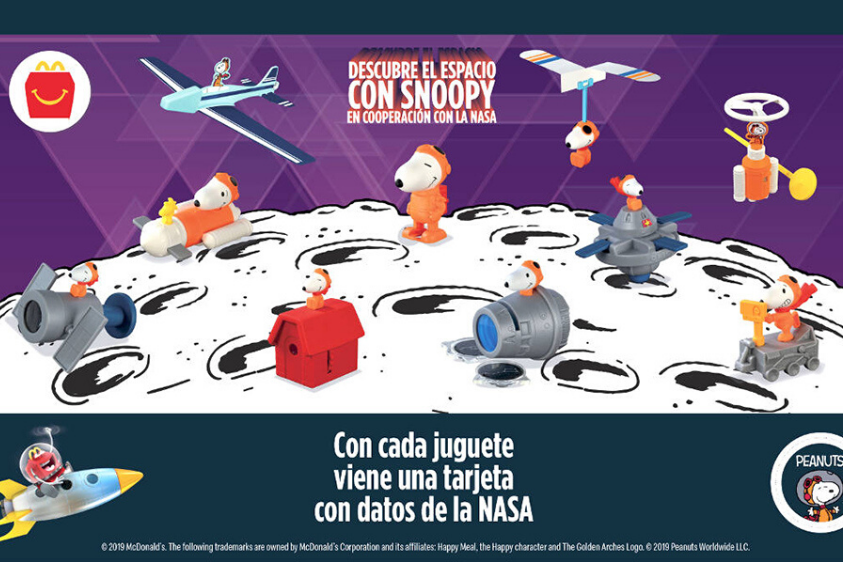 In 2019, in celebration of the 50th anniversary of the Apollo missions, Peanuts Worldwide and McDonald’s launched the Discover Space with Snoopy Happy Meal program. The program, which rolled out to 97 countries around the world, brought NASA-approved Astronaut Snoopy STEM content into McDonald’s restaurants, happy meals, and the McPlay app. The program comprised a total of 10 STEM toys, each of which came with a NASA-approved fact card, and 4 books about Snoopy’s adventures in space. The promotion, supported by regional TV campaigns, in-store signage, and localized social media support, included over 125 Million Happy Meals around the world. 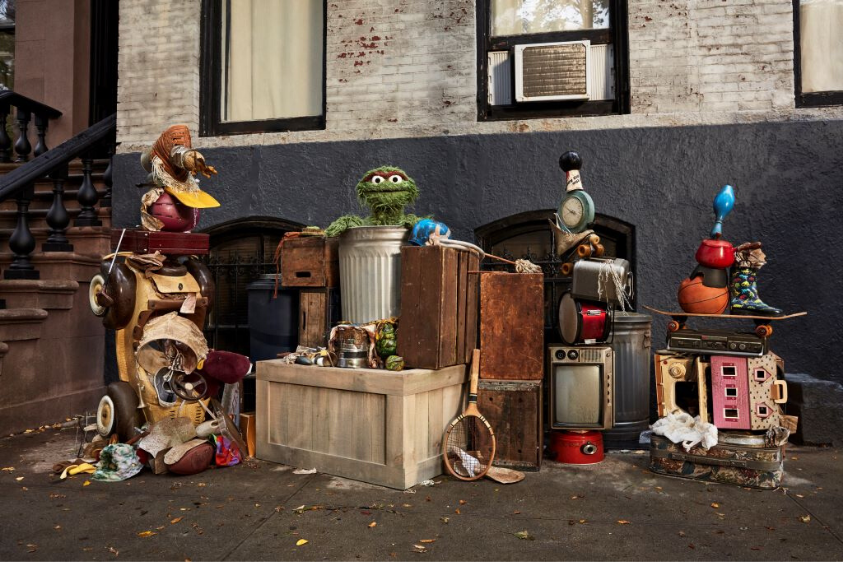 Sesame Street’s 50th Anniversary was the perfect time for Squarespace to create their first-ever holiday campaign featuring everyone’s favorite Grouch – Oscar!  Squarespace shares in Sesame Workshop’s commitment to supporting creativity, imagination and self-expression for all generations and this partnership allowed both brands to lean into those commitments in a fun and grouchy way!

This 360-degree campaign is centered on a short film, A Cautionary Tale, which follows Oscar as he is reluctantly catapulted out of his trash can and into the spotlight as New York’s most unlikely successful artist.  The film has over 23 million views on YouTube and showcases the iconic Oscar the Grouch in a truly unique, heartfelt and unexpected way.  In addition to the short film, a series of unique and exclusive “Trash Art Capsules” were created by New York City Garbage Artist, Justin Gignac, featuring materials found on Sesame Street.  Each capsule was showcased on Oscar’s very own Squarespace website and sold out in less than one day – proceeds from the Capsules went to Sesame Workshop, the nonprofit behind Sesame Street.  Squarespace also hosted a community event for children to celebrate the impact of looking at an object from a different point of view and to inspire a new generation of creative minds to create their own works of art using recycled objects…with a few grouchy tips from Oscar himself!