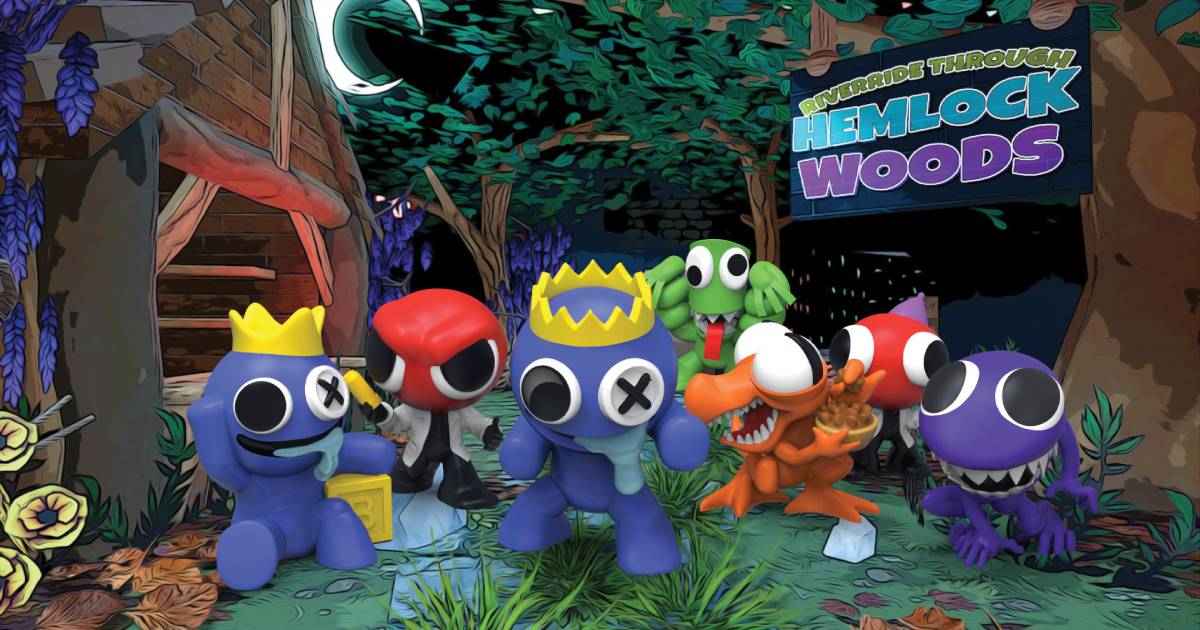 LOS ANGELES, CA, JANUARY 23, 2023 – ©Roy & Charcle LLC and PhatMojo® have announced their partnership for the massive hit video game experience, Rainbow Friends. Under the worldwide agreement, PhatMojo will launch the Rainbow Friends master toy range this spring. Additionally, they will support the franchise via consumer products licensing and retail development.

Rainbow Friends is a multi-player, mystery-style video game by Fragment Games, which premiered its first chapter on June 30, 2022. The game takes players on a bus trip to Odd World. Things go awry when the bus takes a wrong turn, and players are left to encounter mysterious monsters, including the iconic character, Blue. Other endearing Rainbow Friends monsters reveal themselves to players as they make their way through spooky settings. The widely appealing characters have captivated fans and generated pop cultural love. To feed this frenzy, two all-new chapters will release this year.

Played in more than 180 countries, Rainbow Friends has rapidly become one of the world’s most popular video game brands. Within months of its June debut, the game surpassed 1 billion plays – making it one of the fastest-ever video games to achieve this pace. YouTube visibility has matched the rapid ascent, amassing hundreds of millions of views via videos about gameplay, character tribute, music, fan theory, and cosplay. In advance of licensed consumer products, millions of fans have expressed their love of the game on social media with homemade content, collectibles, and costumes.

Roy & Charcle and PhatMojo will show a first look at the new Rainbow Friends toy line, including action figures, plush, collectibles, and bundled playsets, at the London Toy Fair (Click Distribution, Stand G120), this week, and the Nuremberg International Toy Fair, in February.

About PhatMojo, Inc.
Based in Los Angeles, CA, PhatMojo is a global toy and brand management company. PhatMojo focuses on working closely with creators and building memories with people who share their view of what’s cool.