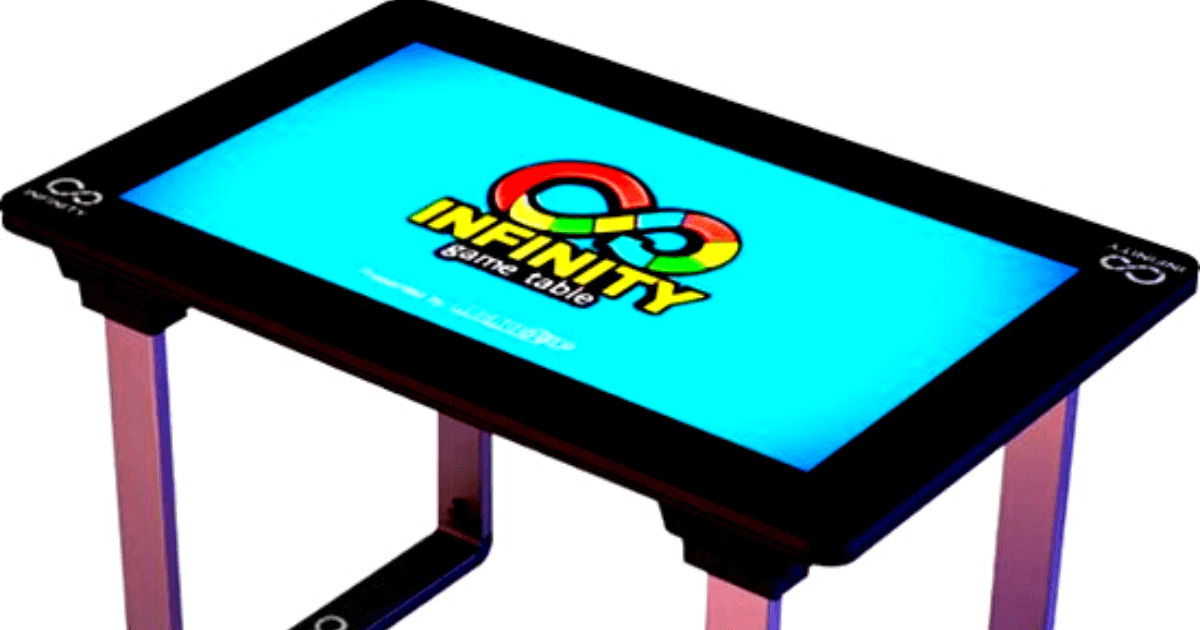 One of the most popular strategy games of all time, Risk®, is now available on the Infinity Game Table, Arcade1Up announced today.  A high-fidelity touchscreen board game table, the Infinity Game Table revolutionizes game night with digital versions of popular games. Risk joins the nearly 100 other classic titles available including Scrabble™, Monopoly™, Chutes & Ladders™, CLUE®, HARRY POTTER™ Wizard’s Chess, and TICKET TO RIDE®.

A fan-favorite for more than 60 years, Risk® is a game filled with diplomacy, conflict and conquest. The goal is simple – conquer your enemies’ territories by building an army, moving their Troops in and engaging in battle. The player who completes the secret mission first wins! On the Infinity Game Table (IGT), you can play in single player mode against the computer or with 2-6 other players. Built-in Wi-Fi allows for virtual game nights with friends and family.

Just like the board game, there is a wide variety of maps to choose from – more than 80 (20+ of which are free) – along with 15 map packs (with 4-5 maps in each). Exclusive to the IGT, there are eight special bundles available with dice, frames, character pieces and avatars to use in the digital version of the game.

In addition to Risk, Arcade1Up announced two additional games for fans to look forward to:

The Infinity Game Table has been wildly successful, selling out of its initial wave of shipments and reaching over $1 million backing on Kickstarter. Awards and accolades include being named “Best Board Game” (2021) by Esquire, CNN’s “Best Games & Gadgets of E3”, one of Newsweek’s “25 Incredible Gifts for Gamers,” and CNET’s CES “2021’s Coolest Gadgets.”

About the Infinity Game Table by Arcade1Up