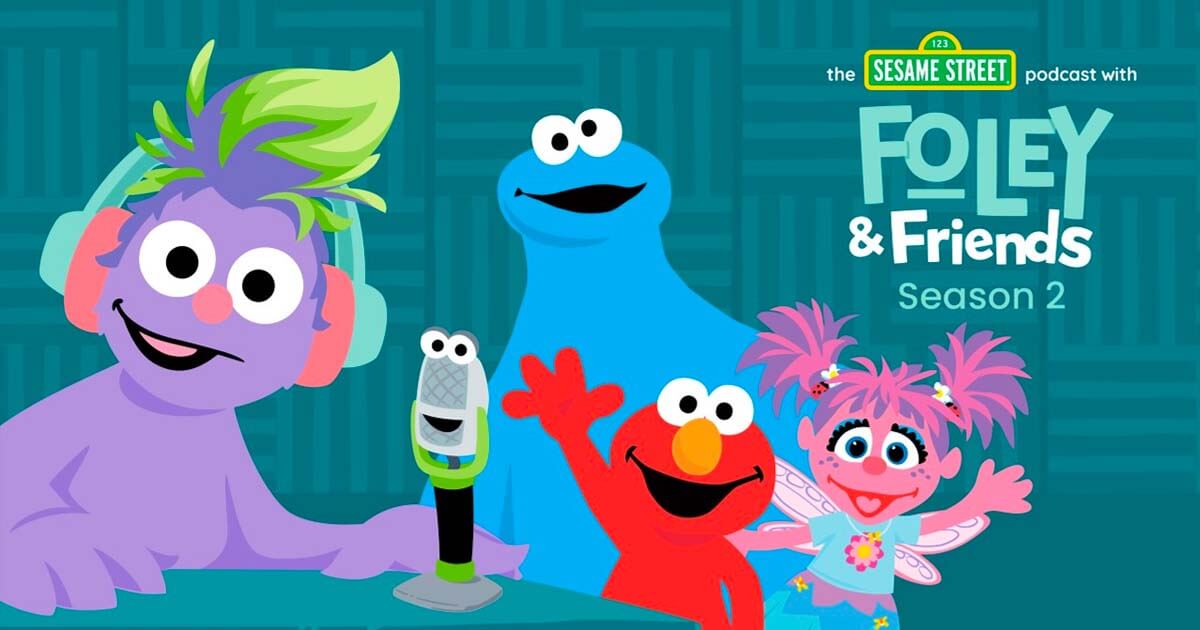 Newark, NJ and New York, NY – Audible Inc., the leading creator and provider of premium audio storytelling, and Sesame Workshop, the nonprofit organization behind Sesame Street, today announced the return of their original Sesame Street podcast. Hosted by new monster on the block Foley, it’s the first podcast of its kind from the beloved children’s show – with original music, interactive games, jokes, and visits from friends like Elmo in every episode. Praised as “exuberant” by the Associated Press and “educational” by USA Today, The Sesame Street Podcast with Foley & Friends will launch its second season on January 27th, 2022 with 15 new episodes. Season Three will follow at a later date. A Spanish-language version of Season One will also be released on January 27th, 2022 making the podcast accessible to more families than ever.

“The Sesame Street Podcast with Foley & Friends started as a bold experiment – a Sesame Street Muppet had never hosted a podcast before! But we’ve been thrilled to see how well families have responded to the series, and we can’t wait to share more of Foley and Mikee’s adventures,” said Jen Ahearn, Sesame Workshop’s Vice President of Strategic Partnerships. “Alongside partners like Audible, we’re putting our early childhood expertise to work to create engaging audio-first content that will encourage the next generation of listeners.”

“We’re honored to continue our collaboration with Sesame Workshop, one of the most respected names in family entertainment for over 50 years,” said Rachel Ghiazza, Executive Vice President Head of US Content at Audible. “Foley’s first turn at the mic was a fun and engaging listen for pre-schoolers, and we’re excited to bring Foley and the gang back for two more seasons. The Sesame Street Podcast with Foley & Friends is one of the many ways in which Audible is expanding our commitment to original kids programming by focusing on immersive audio content that is both educational and entertaining for families.”

Available exclusively on Audible, The Sesame Street Podcast with Foley & Friends, Season 2 will continue to provide the type of high-quality educational family entertainment that parents expect from  Sesame Workshop. Foley and her microphone pal Mikee return with plenty of brand new sounds to share with their listeners. This season, they’re playing games, singing, and talking about all kinds of things: Dogs! Musical Instruments! The circus! Even a dinosaur dance party!  And it wouldn’t be a day on Sesame Street without special appearances by Cookie Monster, Abby Cadabby, Grover, and of course, Elmo.  Families will have a Foley-olee-oh so fantastic time listening to Foley and Friends!

Stay tuned for more on Seasons 2 and 3 … in the meantime, families can catch up on Season One on the Foley & Friends series page.