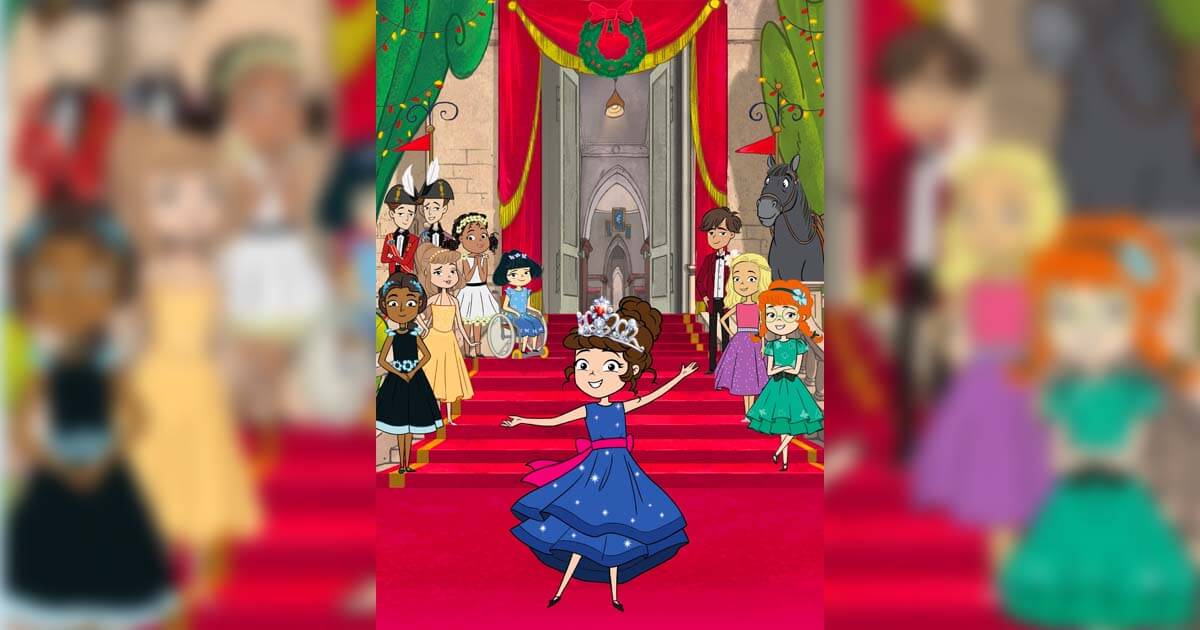 SLR Productions’ Alice-Miranda – A Royal Christmas Ball to Premiere on Stan this month and to Broadcast on 9GO! in December

Following on from the success of the first telemovie Alice-Miranda Friends Forever which premiered in 2019 comes the sequel Alice-Miranda – A Royal Christmas Ball which will premiere in Australia on Stan from October 15 and will be broadcast on 9GO! in December.  High-res image attached for media use

This is the latest story of Alice-Miranda Highton-Smith-Kennington-Jones, an extraordinarily vivacious 10-year-old girl, and her adventures at the Winchesterfield-Downsfordvale Academy and beyond.  For Alice-Miranda, Millie and Jacinta, the new school year holds no shortage of excitement and surprises.

With themes of friendship, bravery, kindness, and nobility throughout… this brand-new story with well-loved characters will delight six to nine year olds around the world.

Locally the telemovie is distributed by ABC Commercial and internationally, the distribution is being handled by ZDF Enterprises.

Alice-Miranda Friends Forever and Alice-Miranda – A Royal Christmas Ball have been sold to several European countries.

“‘Alice-Miranda along with her her friends Millie and Jacinta are ready for an exciting royal mystery filled with tiaras, bravery, ponies, a jewel thief, a horse thief and a royal forgery.  I am really excited for kids in Australia and around the world to see this new tele-movie based on the much-adored books by the talented and best-selling author, Jacqueline Harvey,” said SLR Production’s CEO, Suzanne Ryan.

“We have been working with Suzanne Ryan and her highly creative team on many different projects and it is always a delight.  The sequel of Alice-Miranda is just another highlight of our valued partnership.  We are sure it will capture the hearts not only of young girls but also entire families.,” said ZDFE junior Vice President, Arne Lohmann.

“‘I am so thrilled that Alice-Miranda and her friends are starring in a second movie brought to life once again by the talented team at SLR Productions.  Alice-Miranda: A Royal Christmas Ball is a rollicking adventure filled with friendship, family, fun and mysteries and perfect for young viewers,” said author of the bestselling Alice-Miranda series, Jacqueline Harvey.

The adventure starts on a royal cruise with Alice-Miranda’s Aunty Gee, Queen Georgiana. The theft of the crown jewels sets off a treasonous royal plot, which plays out across the Queen’s Cup at Winchesterfield and the Royal Silver Jubilee Ball that Christmas.  In the end, it’s Alice-Miranda’s quick-thinking and bravery that saves the day, and even the monarchy.

Alice-Miranda – A Royal Christmas Ball is a SLR Productions Picture for Stan and the 9Network. Principal production funding from Screen Australia.