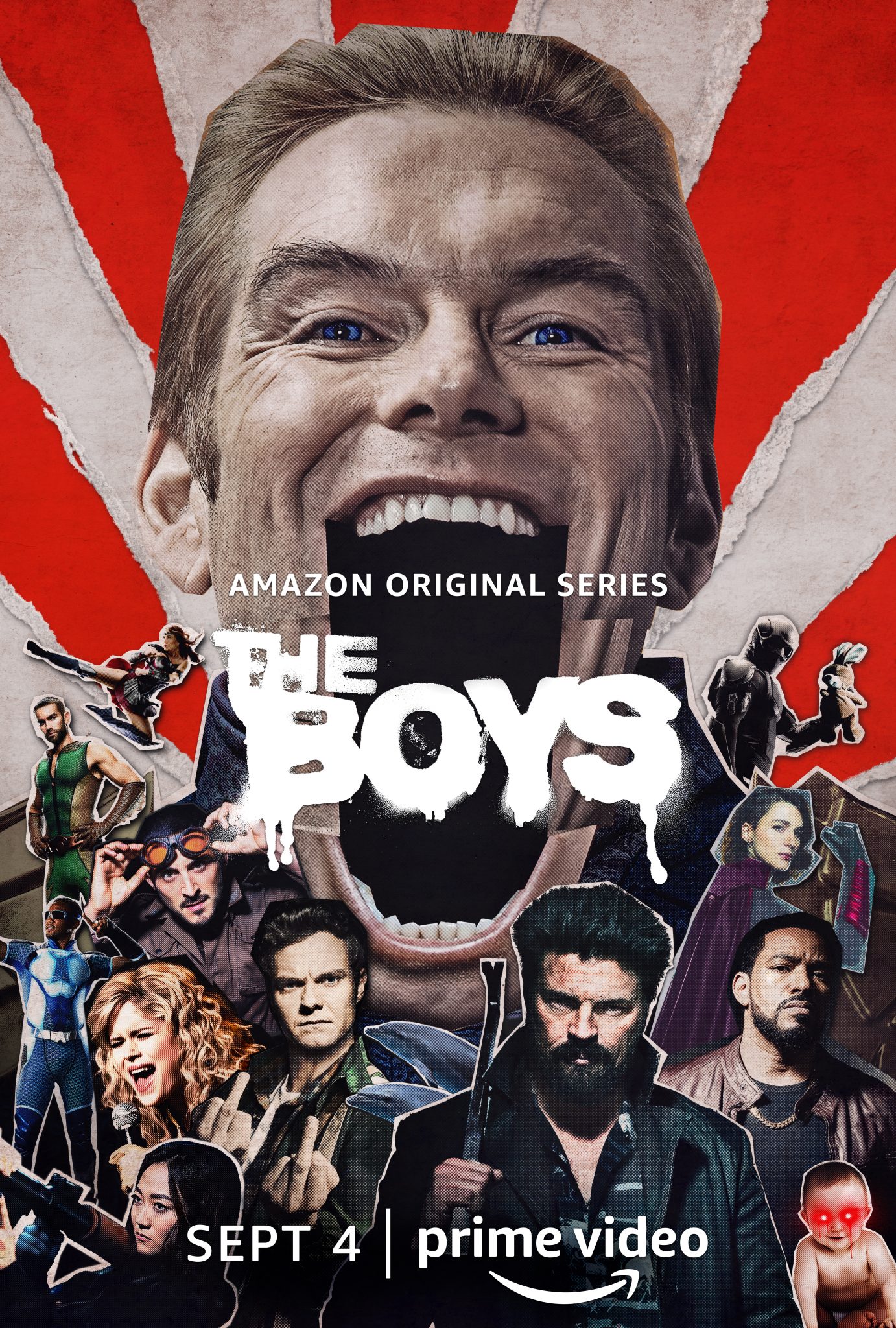 Amazon kicks off merchandise program with X-Ray integrations of consumer products in season 2 episodes as well as the ability to purchase products directly on-screen during the new weekly after-show “Prime Rewind: Inside the Boys”

CULVER CITY, CA – September 1, 2020 – Ahead of the highly-anticipated second season premiere of “The Boys” on September 4 on Amazon Prime Video, Sony Pictures Consumer Products (SPCP) is helping fans celebrate (or not celebrate) the ‘Supes’ with a robust line of consumer products offerings, including apparel, accessories, collectible toys, costumes, novelty and home goods. The show’s initial wave of products is being sold on its home platform on the Vought International themed storefront on Amazon. Select products are now available on Amazon with additional products being released throughout the year and in 2021.

Additionally, Amazon X-Ray is offering a one-of-a-kind, interactive shopping experience for fans by giving them the opportunity to purchase products they see during the second season and on the new weekly after-show “Prime Rewind: Inside the Boys.”  Using web, mobile or Fire TV, fans will be able to spot exclusive t-shirts and plush that they can take home for themselves.

“’The Boys’ has an unconventional yet captivating storyline around superheroes that you can’t find anywhere else, and we are extremely proud of the success the show has received so far. With season two coming up and season three greenlit already, we’ve been working fast and furiously to bring fans around the world products they can use to express their true fandom.” said Jamie Stevens, EVP, Worldwide Consumer Products, Sony Pictures Entertainment.  “We are thrilled by the support and seamless collaboration of all our licensees to help deliver products across various categories and allow fans to support the show in many ways. With the unique in-viewing shopping experience that Amazon is offering, we are sure that the opportunity presents even more meaningful purchases for fans.”

The following licensees for “The Boys” have products available now for purchase or pre-orders:

Additional licensees for 2020 include: Culturefly accessories and Just Funky drinkware, home and novelty goods and Trends International Posters. NECA is also releasing highly-detailed, fully poseable, 7” Homelander and Starlight action figures that come in premium packaging; the leading collectibles maker is working on a special product for consumers as well around the fan-favorite character Laser Baby from the first season of “The Boys.” The excitement continues in 2021 with licensee Good Smile’s vinyl action figures.

SPCP is going beyond the U.S. with a slew of international licensee collaborations as well, including:

About The Boys
Based on The New York Times best-selling comic by Garth Ennis and Darick Robertson, The Boys  is be available on Prime Video in more than 200 territories around the world and available at amazon.com/TheBoys. The Amazon Original series is produced by Amazon Studios and Sony Pictures Television Studios with Point Grey Pictures, Kripke Enterprises and Original Film. Season 2 premieres on September 4.

Prime Rewind: Inside The Boys, executive produced by Michael Davies, Aisha Tyler, Julia Cassidy, Eden Sutley and Jennifer Ryan, will debut on August 28 with a look back at season one and continues on September 4 to dive into each episode of Season 2 as it rolls out through the October 9 season finale.

Customers who are not already Prime members can sign up for a free trial at www.amazon.com/prime. For a list of all Prime Video compatible devices, visit www.amazon.com/howtostream.