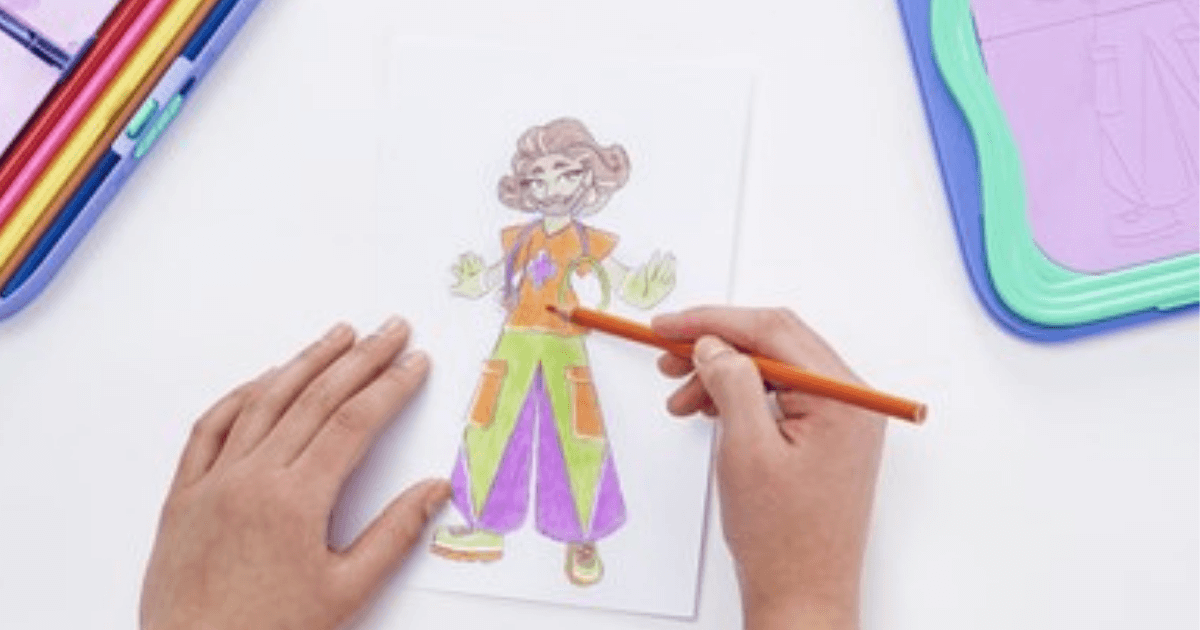 Toronto, Canada —  Spin Master Corp. is putting a diversity spin on a traditional play pattern with the launch of the Truly You! Character Creator™ set. Developed in collaboration with the Toronto-based 6ix Academy, an award-winning, inner-city business and arts program that spearheads social justice pursuits, the all-new fashion illustration set aims to celebrate diversity and inclusion through play.

Inspired by fashion design plates, where kids mix characters in a variety of outfits, swapping their looks from head to toe, the 6ix Academy students approached Spin Master with an opportunity to infuse greater representation to this once traditional play pattern. Together, with consultation from an external diversity agency, Truly You! Character Creator was born, featuring an inclusive collection of six individuals, each with their own character card that speaks to their unique identities.

Kids can learn about the character backgrounds, trace outlines from head to toe in a variety of outfits, creating diverse identities with different interests. Characters include:

“When we first met with the 6ix Academy, we were so inspired by their fresh take on a classic activity toy we quickly joined forces to bring Truly You! Character Creator set from concept to consumers,” said Jennifer Skewes, Vice President and Global Brand Team Leader, Activities & Building Sets at Spin Master. “Designed for kids by kids, we hope that children feel included and inspired by the Truly You! Character Creator set, mixing and matching to explore characters that are as diverse as the communities we live in.”

“Students enrolled in the 6ix Academy are a new generation of mindful thinkers and progressive doers,” said Rebecca Dileo, Creative Director at CTA’s 6ix Academy. “Student passion for social justice activism is woven into art projects and put into action through extracurricular programming such as AIM (ARTivism Inclusivity Movement). We approach all projects through an “ARTivism” lens and ensure student voice and vision are front and centre within the curriculum.”

The Truly You! Character Creator set is available exclusively on Amazon.com and Amazon.ca beginning June 1 with a suggested retail price of $19.99 USD / $24.99 CAN and is recommended for ages 8 and up.