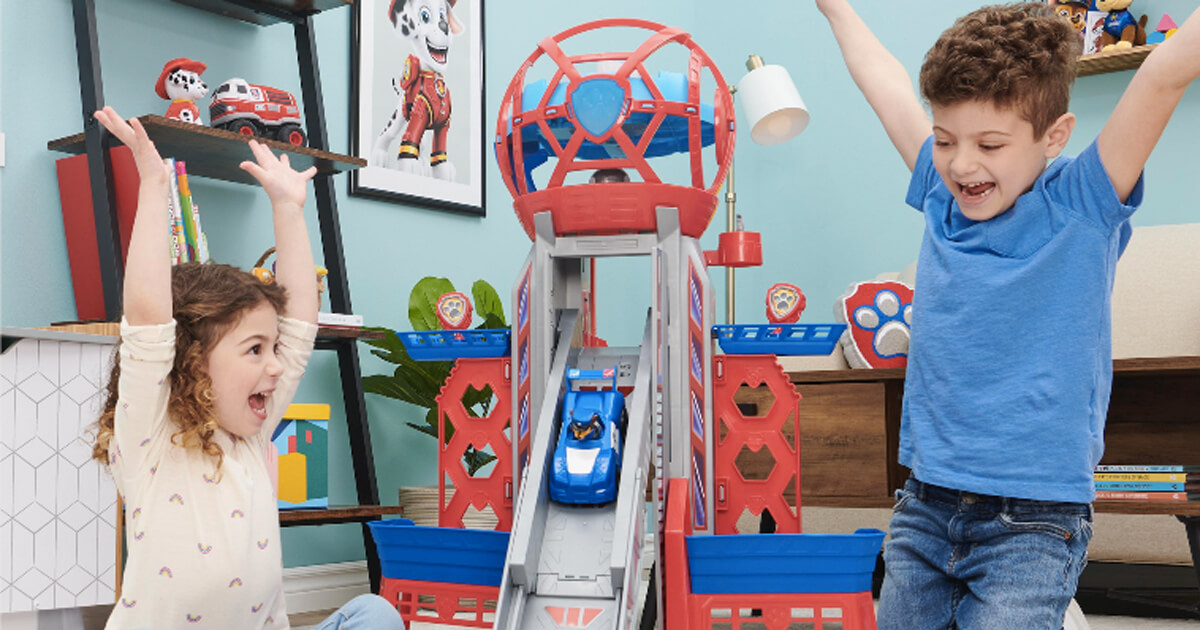 No toy is too big, no detail too small

Spin Master Corp., (TSX: TOY) (www.spinmaster.com), a leading global children’s entertainment company and creators of PAW Patrol®, is set to debut a PAW-dropping toy collection for the upcoming feature film PAW Patrol: The Movie, a Spin Master Entertainment production in association with Nickelodeon Movies and distributed by Paramount Pictures. Fans can experience the larger-than-life story for the first time ever on the big screen August 20, 2021, then head home to recreate their favorite missions and high-stake rescues with the toy line.

“Our PAW Patrol fans around the world have developed deep connections with the compelling characters and their adventures, a connection that extends beyond the screen, inspiring preschoolers through physical play,” said Chris Beardall, Spin Master’s President, Toys and Chief Commercial Officer. “Our toy designers collaborated with the Spin Master Entertainment team to ensure that the epic PAW Patrol: The Movie toy line is a true reflection of the cinematic experience.”

The PAW Patrol movie toy collection features heightened attention to detail including stylized character uniforms, upgraded grills and rims on the vehicles as well as overall enhancements to the vehicles’ silhouettes. The unique mechanisms and transformations that play out on screen are reflected in the toys, including the Ultimate City Tower™, the biggest tower to date, made to match the biggest adventure the pups have ever gone on.

The PAW Patrol movie toy collection will be available for presale on July 15, 2021, with a full launch slated for August 1, 2021 at major retailers. The line up includes over thirty products in the categories of vehicles, playsets, figures and plush. Highlights include:

About Spin Master
Spin Master Corp. (TSX:TOY) is a leading global children’s entertainment company creating exceptional play experiences through a diverse portfolio of innovative toys, entertainment franchises and digital games. Spin Master is best known for award-winning brands PAW Patrol®, Bakugan®, Kinetic Sand®, Air Hogs®, Hatchimals®, Rubik’s Cube® and GUND®, and is the toy licensee for other popular properties.  Spin Master Entertainment creates and produces compelling multiplatform content, stories and endearing characters through its in-house studio and partnerships with outside creators, including the preschool success PAW Patrol and nine other original shows along with multiple short-form series, which are distributed in more than 190 countries. The Company has an established digital presence anchored by the Toca Boca® and Sago Mini® brands, which combined have more than 50 million monthly active users. With close to 2,000 employees in 28 offices globally, Spin Master distributes products in more than 100 countries. For more information visit spinmaster.com or follow on Instagram, Facebook and Twitter @spinmaster.