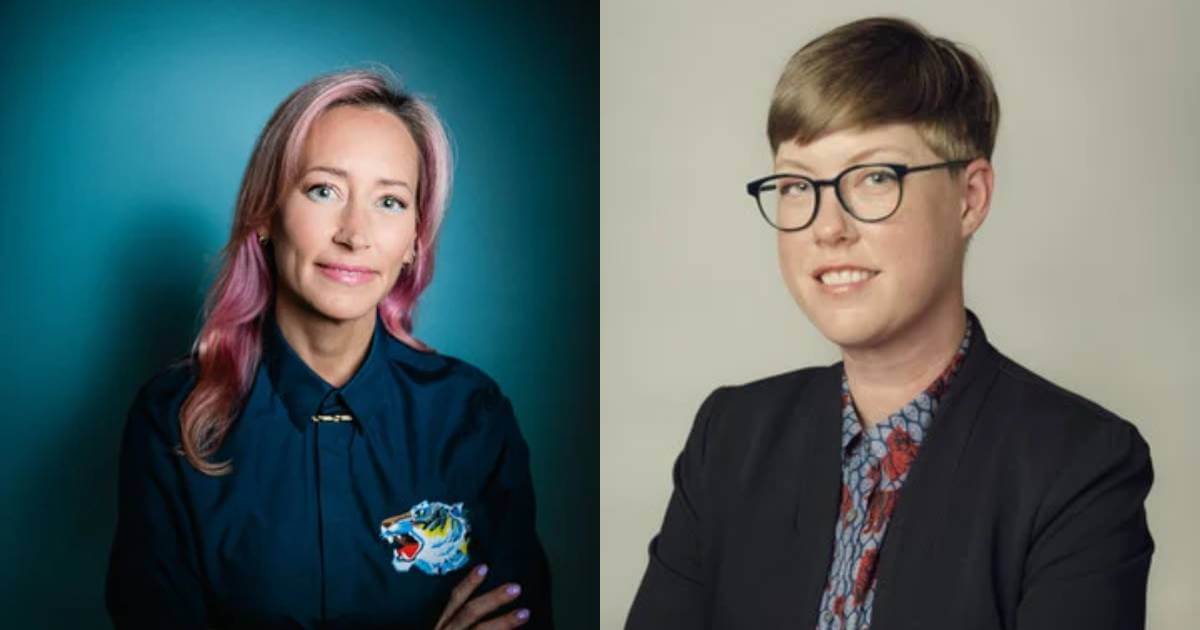 Toho International, the Japanese studio’s U.S.-based subsidiary that brought global sensation Godzilla to life, announced the appointment of Kristin Parcell as General Manager and Stacy Burt as Director of Marketing to lead their expansion in the US. The former Crunchyroll executives will focus on building a scalable e-commerce experience catered to fandom for Toho’s iconic Godzilla property and its line-up of popular anime franchises. The platform is set to launch in 2023. In addition, Parcell will also be leading licensing efforts for the company encompassing verticals such as physical and virtual merchandise, video games, and live events. With her at the helm, Toho for the first time will be actively collaborating with current partners on managing their own licensing rights across all of Toho’s anime IP.

At Crunchyroll, Parcell led the team that built the company’s e-commerce platform, while Burt oversaw integrated marketing for Crunchyroll’s e-commerce and events. In less than 3 years Parcell and her team built an e-commerce platform that drove tens of millions in annual revenue with a 65%+ annual growth rate.  Parcell and her team were also responsible for developing and marketing the breakout Crunchyroll Store brand CR Loves, which featured exclusive apparel capsules with some of today’s biggest celebrities like Megan Thee Stallion and Lady Gaga, as well as fandom properties like GODZILLA and hit anime IP like Jujutsu Kaisen.

The new Toho eCommerce platform will feature both existing products and exclusives. Toho is launching the platform to help fill a gap between fan demand and what is being satisfied through current channels for the studio’s anime IP. While the e-commerce platform will initially focus on Toho-owned IP, the team is planning to expand to outside IPs soon.

Hiro Matsuoka, President of Toho Co., Ltd, said, “Kristin and Stacy bring a wealth of knowledge and skill to building a successful e-commerce platform, but the key differentiator that makes them so successful is their deep understanding of fan communities and visionary thinking. They are constantly a step ahead of what is likely to delight fans and then they make it happen. With this team on board to lead Toho’s e-commerce effort, we are sure that we’ll be bringing to market an offering that is absolutely unmatched.”

Kristin Parcell spent 25 years working in merchandise, e-commerce, and licensing across multiple subcultures and fandom-focused industries including music, skateboarding, gaming, and anime. Her experience in music and skateboarding has enabled her to truly connect the dots between brands to build exciting collaborations and partnerships. Prior to her tenure as VP of eCommerce at Crunchyroll, she worked in licensing for Netflix, Sega of America, and Viz Media. She started her career in music at ARTISTdirect (under music entrepreneur and head of William Morris Endeavor Marc Geiger) working with acts such as Foo Fighters, Pearl Jam, Radiohead, and Green Day.

Stacy Burt, who is a lifelong anime fan, not only supported the impressive and accelerated growth of the e-commerce platform during her tenure at Crunchyroll but also grew the global presence of the Crunchyroll Anime Awards, leading worldwide marketing campaigns and fan engagement. Prior to Crunchyroll, Burt worked in marketing at First Republic Bank.

Kristin Parcell said, “Stacy and I are incredibly passionate about this business, fandom, and community. We are approaching this new challenge not only from a place of knowledge and experience but also from a place of authenticity. Being big fans of these IPs ourselves and really understanding the fandom will enable us to tailor an e-commerce experience that will hopefully make fans of Toho’s IPs feel like we get them.”

Stacy Burt added, “As an anime fan, I’m thrilled to be part of this endeavor with Toho. I’m looking forward to building out an e-commerce platform in tandem with Kristin and the Toho team that provides fans with more of what they love straight from the source.”

Parcell and Burt are also supported by Joanne Waage, who has been tapped by Toho in an advisory role. Waage has deep expertise in the Asian entertainment landscape and anime having previously served as General Manager of Crunchyroll, leading it through exponential growth culminating in its sale to Sony for $1.2B, and CEO of top Asian streaming service, Rakuten Viki.

Inquiries regarding the new e-commerce platform and Toho licensing can be addressed directly to Kristin Parcell and Stacy Burt at Toho International.

ABOUT TOHO INTERNATIONAL
Toho International, Inc., the Japanese studio’s U.S.-based subsidiary, has brought classic Godzilla, with 70 years of storytelling and monster mayhem, brand awareness and excitement to audiences around the world through a comprehensive licensing program spanning toys & collectibles, gaming, apparel, accessories, publishing, seasonal, housewares, food & beverage, and many more categories. With over 25 live-action films, numerous animated films and series, and more action-packed new content to come, Toho has captured the love and attention of Godzilla fans from all across the globe. Always-on content accessible across multiple streaming platforms has put Godzilla and other Toho monsters at the forefront of consumers’ minds as the franchise gears up for an exciting next generation of storytelling and fandom.