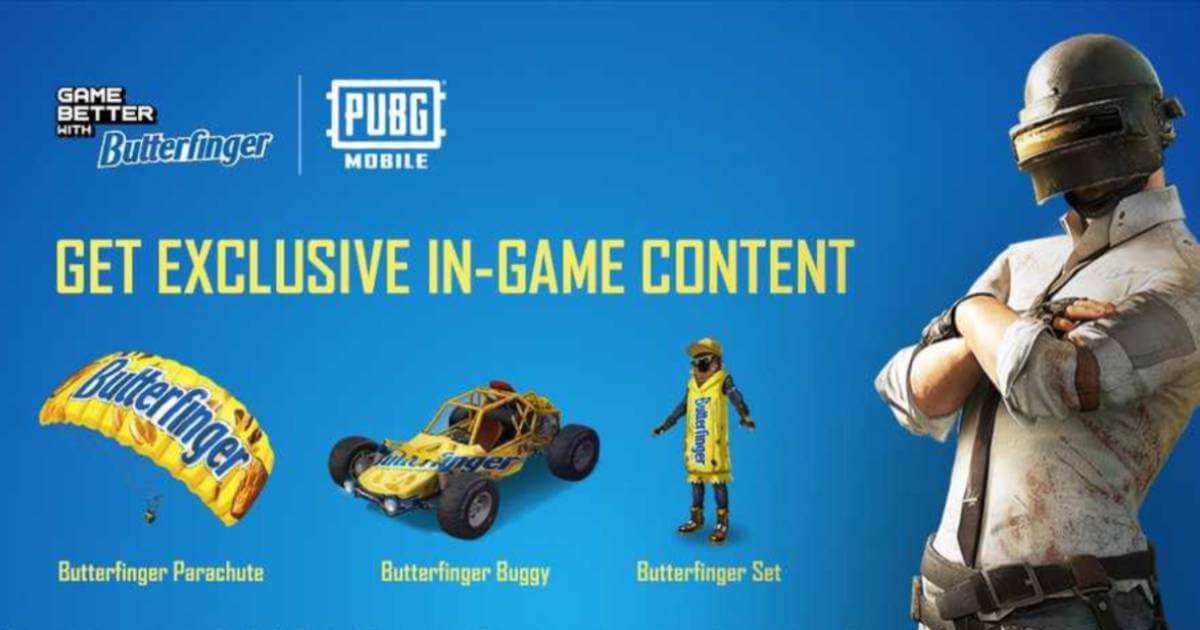 The lines between videogames and films, TV and streaming series, licensed apparel, and other products have long been blurring.

But what is increasingly clear is that as boundaries are further stretching across cloud-based services and games are designed to be played on a variety of devices, the audience for videogames is rapidly broadening.

That’s something that hasn’t gone unnoticed by brands as they seek to deepen ties with Gen Z and Millennial consumers, many of whom spend more leisure time on games than any other form of entertainment. Younger gamers are proving partial to in-game social experiences as well as user-generated content, and with that comes more licensing opportunities.

For example, food brands frequently consumed by gamers have found a home on console, PC and mobile platforms. Ferrero’s Butterfinger candy brand launched a promotion last month offering exclusive in-game PUBG mobile content with the purchase of two candy bars or a bag of minis. And that was after Butterfinger had a similar in-game deal in 2020 for Square Enix’s “Final Fantasy VII” title.

Gaming is a lucrative market. U.S. revenue is forecast to surpass $50.5 billion in revenue in 2022, trailed closely by China ($50.2 billion), according to research firm New Zoo. The global market is expected to grow to $203 billion by 2024, New Zoo said. And the continued embrace of licensing for videogames—something that was once eschewed by software developers—was evident at the recent Licensing Expo where several companies including Ubisoft, Riot Games, Warhammer, Xbox (via Beanstalk), and Sega took booth space.

The videogame licensing business is also likely to benefit as titles are increasingly developed for cross-platform play and no longer limited to a console, PC or mobile device, but rather a combination of all three. A recent example is Epic Rights’ “Fall Guy,” which launched last August for Sony PlayStation and PC and will add Xbox, Nintendo Switch, and the Epic Games Store on June 21 along with licensed products from Moose Toys and others.

Cloud-based gaming services like Google’s Stadia, Nvidia’s GE Force Now, and Sony’s PlayStation Plus Premium are increasing serving to extend gaming’s reach. And then there’s Microsoft’s Xbox Cloud Gaming, which claimed earlier this year that 10 million people had streamed games over the service since its launch in 2019. That’s in addition to the Xbox Game Pass, which itself had 25 million subscribers through January, up from 18 million a year earlier.

“Cloud-based gaming is very, very important,” Christopher Capossela, chief marketing officer at Microsoft, said at a Jefferies Software Conference last week. “When you think about gaming, content, safe communities, and the cloud, that’s a recipe for putting the gamer at the center. The days of somebody sort of playing alone in their basement are kind of over.”

NFL Blitz is Back! Arcade1Up Remasters the Iconic Franchise with the First and Only At-Home NFL Arcade Experience NFL BLITZ IS BACK

AtGames® and Dr. Seuss Enterprises Announce a Partnership to Create Original Virtual Pinball Tables Based on Beloved Dr. Seuss Properties to Be Available Exclusively on the AtGames Legends Arcade Platform

Videogames Make a Play for the Halloween Business