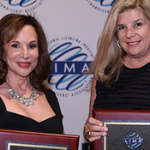 Debra Joester and Joanne Loria, co-founding partners, The Joester Loria Group, Joester, the company\’s President and CEO, and Loria, its Executive Vice President and COO, are recognized as visionaries who have continually broken new ground in the licensing business, having presided over numerous highly successful, award-winning global brand extensions and breakthrough initiatives for some of the world’s most recognizable brands and emerging trends.

The agency’s achievements include LIMA awards for Jeep as Corporate Brand of the Year in 2004, 2006 and 2008; American Greetings’ Care Bears, which won four LIMA awards, including Best Character Brand of the Year in 2004; Animal Planet as LIMA Corporate Brand of the Year in 2010; and Eric Carle’s Very Hungary Caterpillar, named 2012 Art Brand of the Year. Joester’s and Loria’s many accomplishments include strategic brand extensions for food, automotive and media brands, reigniting Care Bears as a multi-billion dollar property, and establishing successful programs for pop culture breakout hits. Joester was the chief architect behind the building of the Jeep brand into a consumer products powerhouse, growing the brand via a diverse quality collection of apparel and accessories, bicycles, juvenile products, and luggage.

She also is credited with establishing more than 600 dedicated Jeep shops and freestanding stores in Asia, Africa and Latin America, as well as instituting a groundbreaking teen licensing program for Beverly Hills 90210. Other notable achievements include the brand extension of Animal Planet to a successful pet product brand and, most recently, merchandising for viral sensation, Annoying Orange. Previous to joining with Loria to form The Joester Loria Group, Joester was President of Hamilton Projects, a Viacom company, where she led the agency’s most significant programs, including the licensing success of Jeep, Chrysler and Dodge as well as Dr. Scholl’s, Coppertone, Miller Brewing Company, Hershey’s, Campbell Soup, the United States Postal Service, and entertainment properties Beverly Hills 90210, Melrose Place and South Park.

Joester has served on the LIMA Board of Directors and as an Association officer. A passionate children’s advocate, she serves on the board of Kids in Distressed Situations and founded Shemesh Joester Foundation in 2007, which is dedicated to supporting children’s charities, and is a key contributor to Friends Without Borders, funding hospitals for children in Cambodia and Laos. Loria is credited with creating ground breaking retail licensing programs for Parents magazine and South Park, and was instrumental in crafting the re-launch strategy for Hanna Barbera’s classic cartoon archive. Since co-founding the agency, Loria has led strategic planning and development for PepsiCo North America brands Pepsi, Mountain Dew, Aquafina, AMP and SoBe; as well as Kellogg’s. She has also been instrumental in the growth of the agency’s food and beverage portfolio with brands such as Johnsonville Foods, Entenmann’s and SoBe.

Prior to co-founding Joester Loria Group, Loria was Senior Vice President of Hamilton Projects. Loria has served on the LIMA Board of Directors and is an active fundraiser for the Children’s Brain Tumor Foundation, LIMA’s charity of choice. She also is a contributor and supporter of the Doe Fund and other cancer research foundations.