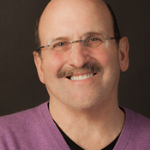 A true legend in the music licensing and merchandising industry, Furano has been instrumental in growing music artist’s retail brand licensing into a multibillion-dollar global business.

In his expansive 40-plus year career, he has directed the merchandising and licensing efforts for the top names in the music industry, including The Beatles, KISS, Madonna, U2, AC/DC, Justin Timberlake, Jennifer Lopez, Michael Jackson, Led Zeppelin, Wham/George Michael, Shakira, and more, as well as having orchestrated concert merchandise programs for music legends such as The Rolling Stones, Bruce Springsteen, Billy Joel, Barbra Streisand, Prince, Aerosmith, Tim McGraw, and The Who, among others.