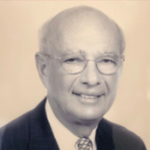 When Fred Favata got the idea that licensing was an industry and that it needed a tradeshow, about 23 years ago, it would have been impossible for him to have imagined what the Show would look like today. Fred’s vision, commitment and energy, plus his ability to build relationships with the licensing community and educate and motivate his staff over a 17-year period, are reasons why he is so very worthy of receiving the industry’s highest honor.

Each June, thousands of people gather in New York, with their creativity in tow, to establish the relationships and make the deals that produce the consumer products that make retail shelves hum in the coming year. The vision that led Fred to assemble a few people that held the rights to license a few characters has morphed into the only event in the world devoted to emerging trends that mirror our popular culture and consumer trends and tastes that everyone concerned with this business acknowledges as the “must attend” show of the year.

Fred Favata is a quiet, thoughtful man of great integrity. He was a driving force, along with Murray Altchuler, for whom the Hall of Fame is named, in uniting all facets in the licensing business into one Association because it made sense for the business. The show he launched became the touchstone around which it crystallized. The Association and the business have continued to grow and prosper ever since. Fred’s contribution to the licensing community is a fitting legacy.

The event he created benefits everyone who makes a living from licensing. Although never a licensor or licensee himself, who knows how many he’s helped to create because of the show’s existence? Although Fred never made a licensing deal or collected or paid a royalty, we could probably never count how many emerged from 22 years of the amazing event he had the foresight to fashion.

All of us in the licensing community owe Fred many thanks for creating the environment in which we come together each year, over 18,000 strong from all corners of the world, to “talk amongst ourselves.” That Fred should be inducted into the Murray Altchuler Hall of Fame is a fitting tribute.