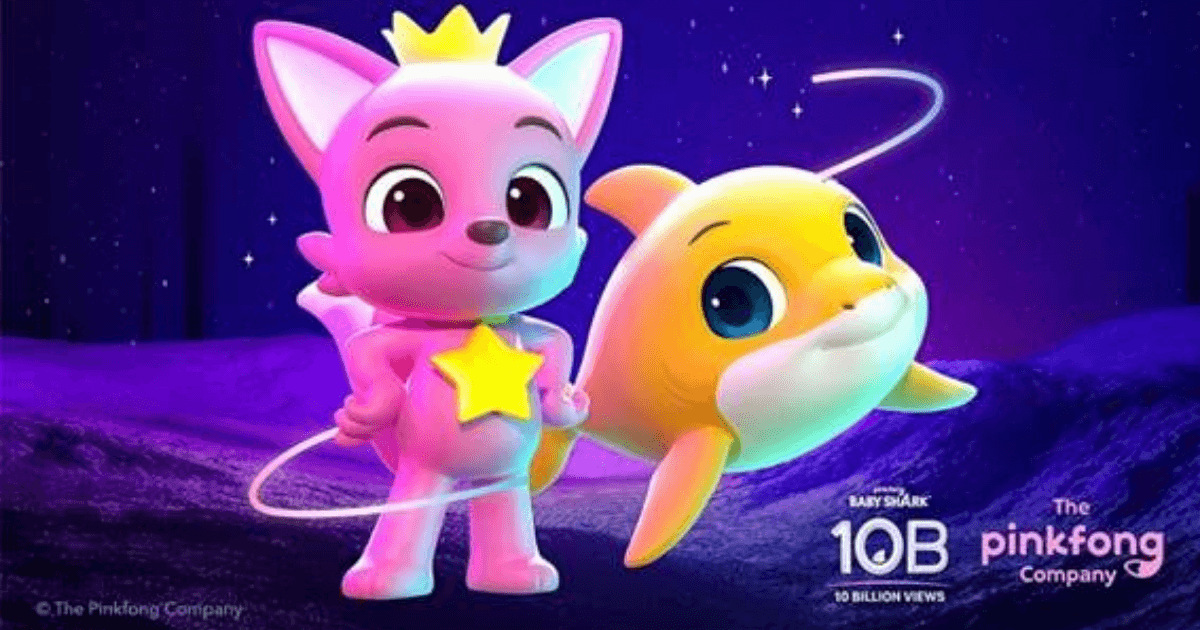 Seoul, South Korea —  The Pinkfong Company, creator of Baby Shark, announced that its iconic ‘Baby Shark Dance’ music video has officially become the world’s first video ever to hit 10 billion views on YouTube, making it the most viewed video in YouTube history, as of January 13th, 2022. The video was released in June 2016.

Since surpassing ‘Despacito’ by Luis Fonsi and Daddy Yankee in November 2020, ‘Baby Shark Dance’ has reigned as the most-viewed video on YouTube for 15 consecutive months. Now the video is 2.3 billion views ahead of second place.

Having achieved more views than the entire human population with its video, Baby Shark has become one of the most notable cultural phenomena generating tremendous amounts of engagement across the world. Accompanied by its iconic songs, dances and characters, it took the world by storm with the viral dance challenge called the #BabySharkChallenge, which everyone from little kids to the biggest global pop stars participated in. In addition to the viral challenge, its song swept the music charts recording a 20-week streak on Billboard’s Hot 100 and certifying RIAA Diamond (11x Platinum) and BRIT certified 2x Platinum.

Following the global success of the original video, Baby Shark has expanded its universe beyond the internet with its own TV animated series on Nickelodeon, global merchandise licensing program, live tours throughout the world, interactive games, NFTs and more.

“Baby Shark’s Big Show!”, the hit animated preschool series co-produced with Nickelodeon Animation Studio, successfully rolled out internationally in 2021 and has been greenlit for a second season while its feature film is in development. In the U.S., “Baby Shark’s Big Show!” is a top 3 series on all TV with preschoolers for 2021, reaching over 26M viewers ages 2+ across Nickelodeon and the Nick Jr. channel. The sequel of “Pinkfong and Baby Shark’s Space Adventure”, the sing-along special that marked the fifth most-watched movie in Netflix’s Today’s Top 10 list in the U.S, is also in the works.

Min-seok Kim, CEO of The Pinkfong Company said: “We are delighted to announce that our beloved Baby Shark has recorded another remarkable milestone. It has been a truly meaningful journey to witness how Baby Shark has connected people around the world and we can’t wait to introduce Baby Shark’s further adventures that will bring unparalleled experiences to even more fans everywhere.”

As part of celebrating the milestone, The Pinkfong Company will launch a year-long campaign, Beyond Infinity, which aims to build confidence in fans that anything is possible and achievable, just as Baby Shark has been able to expand its own universe beyond the internet.

With 90 million subscribers and 50 billion views across the world, Pinkfong’s YouTube channels have been one of the most influential channels for kids on the internet, offering more than 5,000 songs and stories in 20 languages.

About The Pinkfong Company
The Pinkfong Company is a global entertainment company that delivers content and entertaining experiences around the world. Driven by award-winning brands and IPs, the company has created and distributed a range of content across genres and formats including original animated series, world live tours, interactive games, and more. Believing in the power of entertaining and engaging content, The Pinkfong Company is committed to connecting people around the world and bringing joy and inspiration to worldwide audiences of all ages. For more information, please visit our website or follow the company on Linkedin.