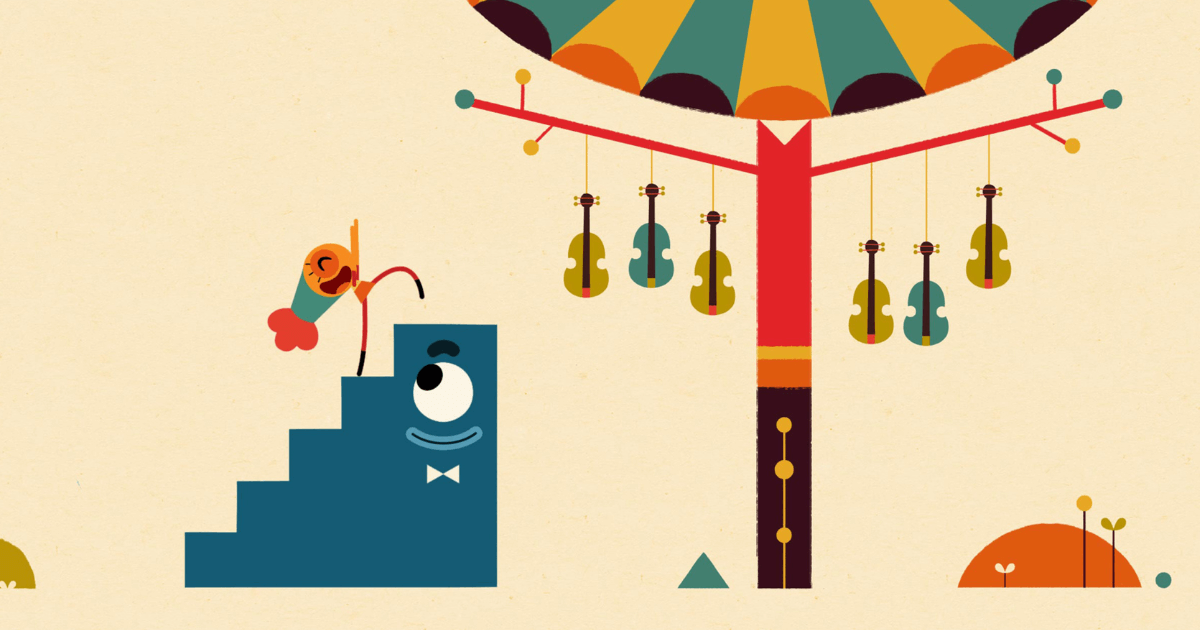 Produced by Picolo Pictures Shooom’s Odyssey is the Winner of the Crystal Award for Best TV Production at the 2020 Annecy International Animation Film Festival, the best shorts film – Category Up to 6 Years Fiction at Prix Jeunesse International 2020, the Best Animated Short Film for children at ANIMA 2020, Brussels and has garnered 33 international awards and over 70 festival selections.

Shooom, a baby owl, hatches just as a storm turns the bayou surrounding her tree upside down.  No sooner has she fallen from her nest, the little fledgling totters off into the mangrove, pushing a second egg from the brood along with her.  Come hell or high water she is determined to find a mother… even if that mom turns out to be an alligator or a raccoon!

Commissioned by France Televisions and produced by French animation company Supamonks Studio, Pompon Little Bear is based on the famous picture books by renowned and much-loved French author and illustrator Benjamin Chaud.  The series targeted at 4 to 7-year-olds is directed by Matthieu Gaillard.

Pompon Little Bear is mischievous, cheerful, and playful but more than that he has an incredible and precious gift that brings great delight and tremendous enjoyment to his best friend Rita and his parents: he adds a bit of ‘extra’ to the ordinary.  Thanks to his imagination and creativity making him take thousands of detours along the way, growing day by day becomes child’s play!

Nominated for Quality in Children’s TV Worldwide at Prix Jeunesse International and winner of the Best International Series at the Festival Ecran Jeunesse, Jasmine & Jambo is produced by Barcelona-based audio-visual production company Teidees and Televisió de Catalunya. Bursting with musical notes and humour, Jasmine & Jambo is an original show all about music directed by Silvia Cortés, Co-Founder of Teidees, and targeted at both upper pre-schoolers and parents.

Jasmine and Jambo are two friends who share a passion for music.  They love music so much that everything they do is related to it. And they live in the perfect place: Soundland a surreal land where music reigns.

Dandelooo is a French award-winning creative company based in Paris dedicated to the development, production, and distribution of original and ambitious animated programs.

Dandelooo’s productions include the hybrid pre-school series The Treehouse Stories (three seasons on air, a 4th in production and two theatrical films), which won an International Emmy Kids Award in 2017, Chico Chica Boumba commissioned by M6 and the animated feature film Houdini.

The company has produced Stinky Dog (52 x 11′) for France Televisions and TV3 Catalunya, and the wonderful TV Special Mum is pouring rain (winner of a Jury Award for a TV Special at Annecy 2021) to Canal+, is set to deliver the pre-school series Billy the Cowboy Hamster (52 x 11′) at MIPCOM 2022 and has started production for The Upside Down River (8 x 26′) a serialized series for kids based on the cult novel by Jean Claude Mourlevat.  Dandelooo is also developing loguis, an original project to initiate yoga for pre-schoolers.

On the international sales front, Dandelooo is very proud to distribute a selection of the best TV Specials such as Shooom’s Odyssey (Annecy Cristal 2020 as best TV Special), the deeply meaningful Dounia and the 2D animation Margot and The Robot.

Dandelooo has its own studio, Ooolala, in la Cartoucherie (Valence, France) and sales offices in Barcelona and Milan.