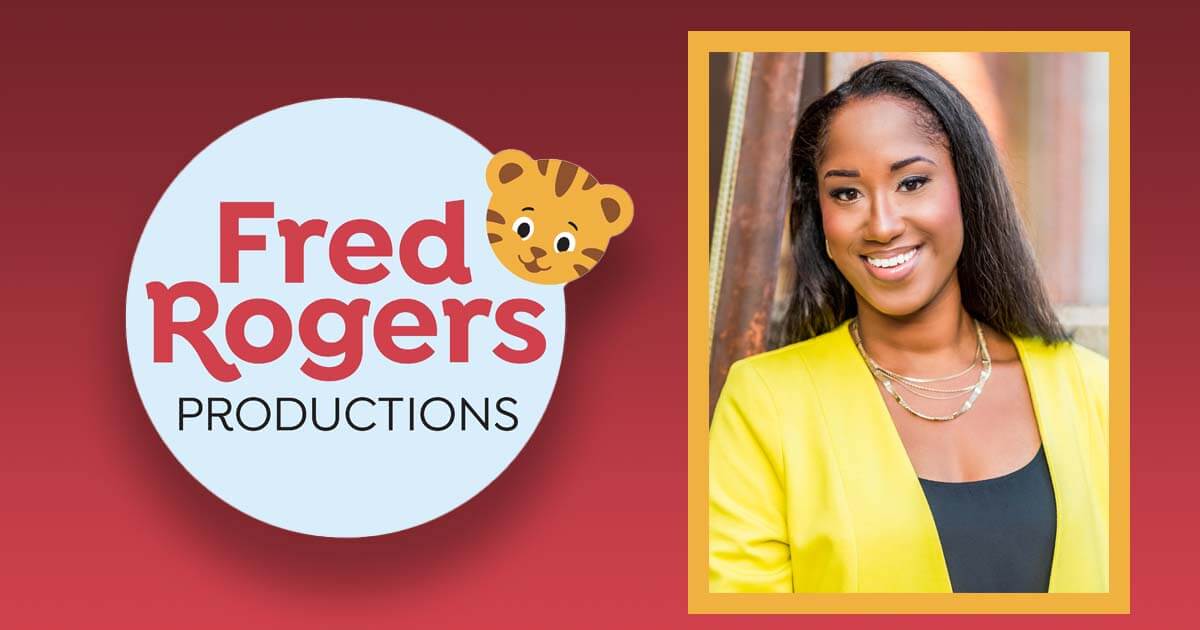 “Aleya is an accomplished professional with extensive experience orchestrating multifaceted campaigns and innovative solutions for clients,” said Siefken. “I’m looking forward to working with her to build upon our relationships with corporate sponsors and donors in support of our work for children and families.”

“I’m so excited to be part of the ‘Neighborhood,’” said Jennings. “I’ve long admired Fred Rogers Productions for its quality programming that has been such an important part of children’s lives for generations. I’m thrilled to join the organization and help ensure that its programming and community outreach initiatives continue to serve kids and families everywhere.”

In her new role, Jennings is responsible for both corporate sponsorships and individual giving programs. She will assist Siefken in developing and implementing a comprehensive corporate sponsorship strategy as well as cultivate and manage ongoing donor relationships, among other duties.

Prior to joining Fred Rogers Productions, Jennings was Associate Vice President, Group Account Director at Gatesman, a fully integrated, independent marketing communications agency. Before that, she was a senior marketing specialist at PNC, a financial services company. The award-winning Pittsburgh resident was among the 2021 40 Under 40 by Pittsburgh Magazine and the Pittsburgh Urban Magnet Project (PUMP), an organization that aims to make Pittsburgh a dynamic and diverse community; and she was inducted into the 2019 40 Under 40 Who’s Next: Communicators class by Pittsburgh newsletter The Incline.

About Fred Rogers Productions
Fred Rogers Productions was founded by Fred Rogers in 1971 as the non-profit producer of Mister Rogers’ Neighborhoodfor PBS. In the years that followed, it created hundreds of episodes of this much-loved program and extended Fred’s values and approach to other efforts in promoting children’s social, emotional, and behavioral health while supporting parents, caregivers, teachers, and other professionals in their work with children. Fred Rogers Productions continues to build on Fred’s legacy in innovative ways through a wide variety of media and engages new generations of children and families with his timeless wisdom. The company’s highly-rated children’s series, including Daniel Tiger’s Neighborhood, Peg + Cat, Odd Squad, and Through the Woods, have earned 30 Emmy® Awards among other important honors. Newly launched in 2021 on PBS KIDS is Donkey Hodie, the innovative puppet series inspired by characters from Mister Rogers’ Neighborhood; and most recently Alma’s Way, an animated series created by Sonia Manzano, known to generations of children and adults as “Maria” on Sesame Street. For more information, visit www.fredrogers.org or follow us on Twitter,Facebook, Instagram, and LinkedIn.