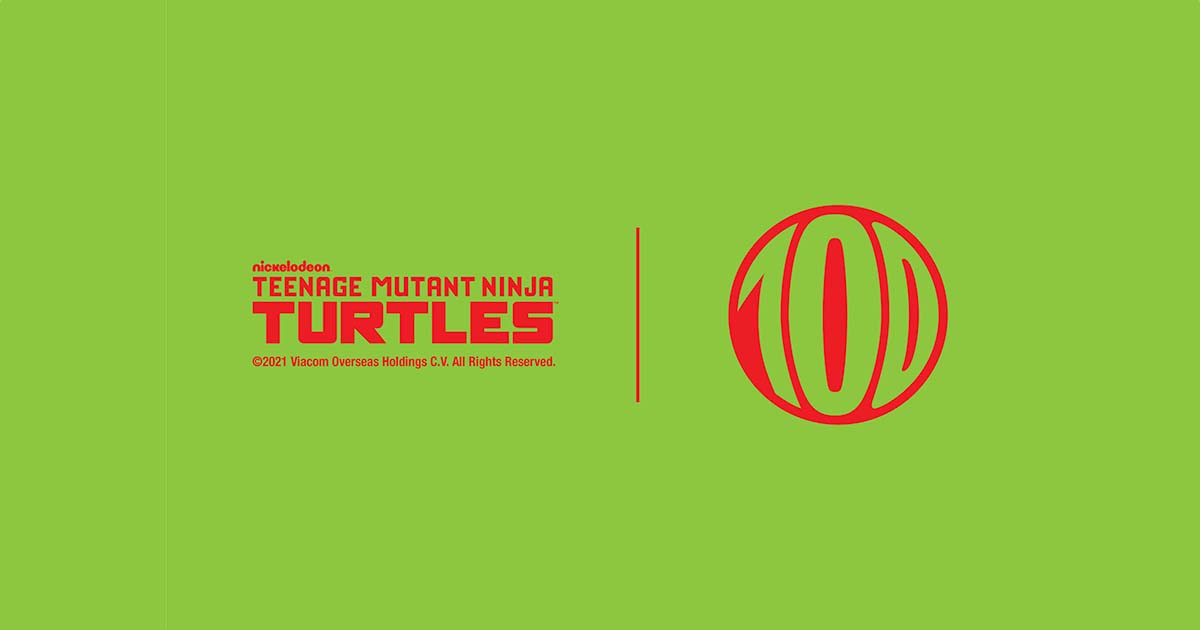 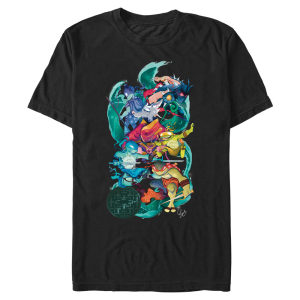 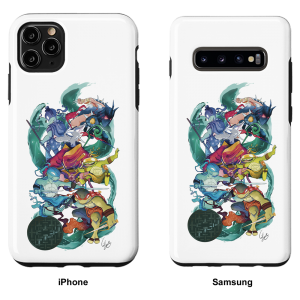 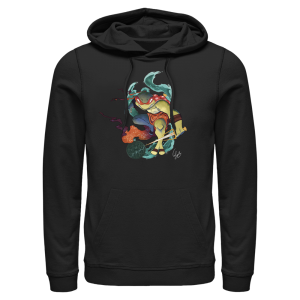 The collection includes tees, hoodies, tote bags, phone cases, and pop sockets ranging from $14.99 – $50.25 USD. All items prominently feature her full design showing all four Turtles, their master Splinter, and villain Shredder surrounded by a cascade of rushing water. For fans with a favorite Turtle, the full collection also comes in individual designs of Mikey, Raph, Leo, or Donnie too! Catch the collection at Amazon.com/tmnt through December 2021.

“I had a reminiscent blast designing this poster as it reignited my love for the TMNT franchise! I gave the design a timeless, organic aesthetic to symbolize the age of the series, whilst utilising vibrant colours and dynamic poses reminiscent of the Rise series to reflect on the modern vibe of the characters today. I designed each Turtle using colour tones of their designated bandanas, matching the pose to their overall personality. The poster flows up and down, allowing the eye to cross over every character as they follow the water bursts and abundance of colour, with their instructor and father-figure Splinter being the main focal point!” Lily Stock, 21, Illustrator & Character Designer and Prospect 100 Design Competition Winner.

“We were blown away by the creativity in the submissions we received. Lily Stock’s reimagination of the Teenage Mutant Ninja Turtles was striking and unique, and we are thrilled to showcase these new designs for fans to enjoy with this official collection,” Veronica Hart, Executive Vice President, Global Franchise Planning.

After the panel narrowed down the submissions, which flooded in from 33 different nations, to 25 semi-finalists, the 25 entries were put to a public vote on PROSPECT 100’s Instagram account to narrow down the Top 5. Over 15,000 votes were cast altogether before the 5 with the most votes moved on to the final, judged by Kevin Eastman and Viacom CBS representatives.

PROSPECT 100 co-founder Alexandre Daillance commented, “It has been a real honour for us to put together this incredible competition with Nickelodeon for the Teenage Mutant Ninja Turtles. TMNT is one of the most iconic franchises in the world, and for thousands of young designers having the opportunity to work with them is immense. The relevance and prestige of the judging panel also made this competition even more special and exciting for all participants. Overall, this competition is a great example of what PROSPECT 100 is all about – partnering with the most amazing brands and companies to create unparalleled opportunities.”

PROSPECT 100 co-founder Harry Beard went on to add, “There was a real buzz on social media when we launched this competition. So many young designers couldn’t believe there was an opportunity to not only work with an iconic entity like the Teenage Mutant Ninja Turtles, but to also see ViacomCBS Consumer Products down to create a named collaboration with the winner – as well as a really healthy prize fund – is practically unheard of. I know our whole community has been insanely impressed with just how real Nickelodeon’s commitment is to championing young creatives, and it’s no surprise to us that 2021, so far, has been the year of the Turtles.”