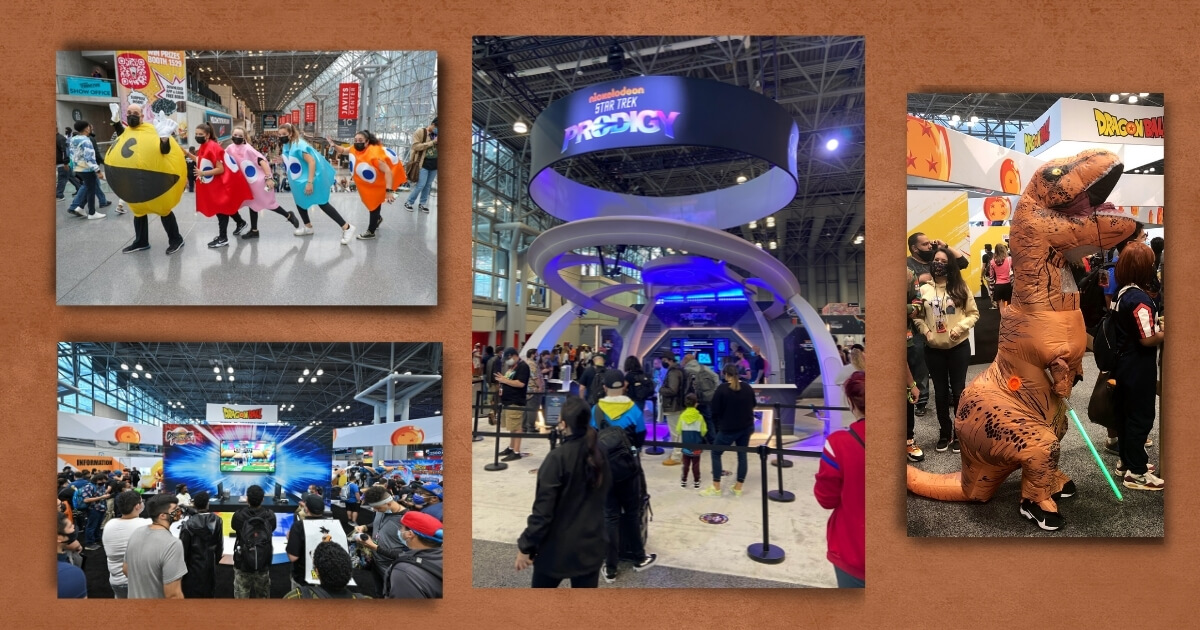 New York Comic Con returned after a pandemic-induced two-year absence with thinner crowds and fewer exhibitors, but with an appetite among show goers for a mix of nostalgia-laden properties and newer entrants into the fandom business.

Show operator ReedPop ratcheted back advance ticket sales to 150,000 from 190,000 in 2019. (Showgoers had to show proof of vaccination, and masks were required within the Javits Center.)  Several long-time Comic Con exhibitors either conducted their own virtual “cons” (Funko, Mezco Toys, Super7) or didn’t take the booth space they had in the past (Marvel Entertainment).

But there were plenty of Spiderman, Batman, Wonder Woman and other costumes and products along with nods to the latest hot thing — Netflix’s “Squid Games.”

“Disappointing customers has been a trend and the factories want to get paid, but we’re not making money for the shipments and the backorders are piling up,” says Terceira. “Christmas may be very Grinchy this year.”

Cryptozoic Entertainment chopped the number of show exclusives it offered from four to one, and made it available online, rather than limiting it to booth sales, said Events Manager Javier Casillas. He also mentioned that shipping issues caused Cryptozoic earlier this year to postpone some fourth quarter product deliveries to the early 2022; given that much of those are collectibles that are bought by collectors (rather than as holiday gifts), he didn’t expect the delay to affect the sales themselves, just the timing.  The company also suffered a month-long delay in shipping Kickstarter supporter games based on graphic artist and illustrator Steven Rhodes’ reimagining of 1970s and 1980s children’s activity books.

Among other developments at Comic-Con: