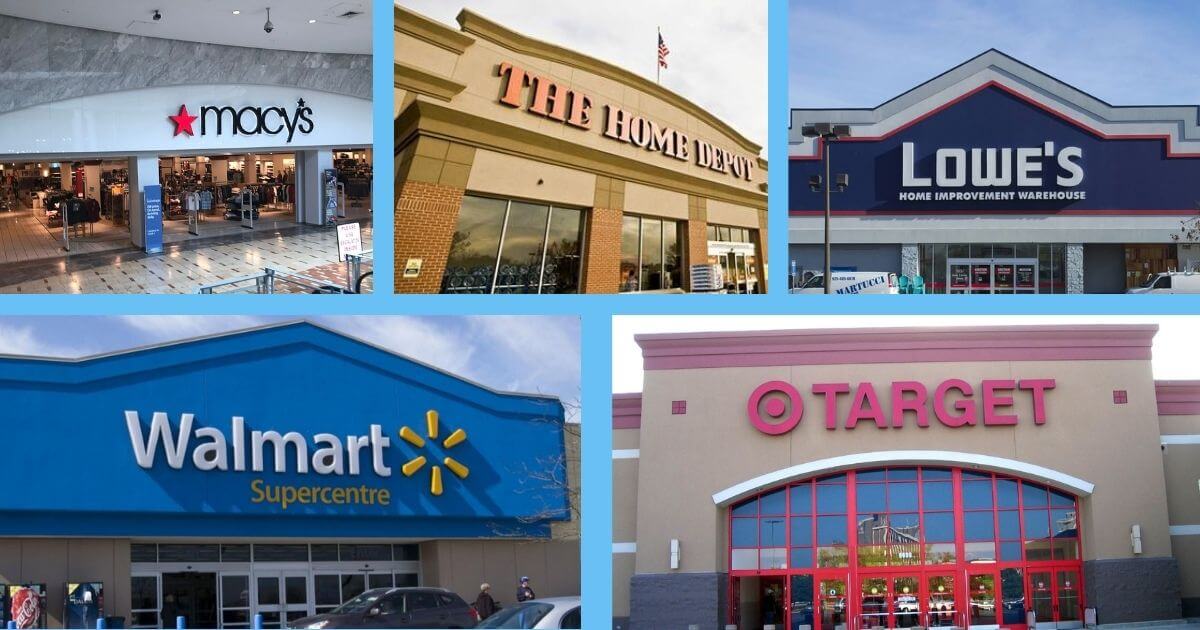 Pent-up consumer demand spilled into retail as several major U.S. chains reported strong first quarter sales, while also acknowledging that growth in the second half of the year most likely will moderate.

Savings, Stimulus
The increases were tied to previously homebound consumers, flush with savings and government stimulus checks, pouring into stores, as the retailers reported sharp rises in customer traffic. The average Macy’s customer spent 10% more in Q1 than during the same period in 2019, and 11% more than during the fourth quarter. That increase caused Macy’s to boost its forecast for annual sales by $400, CEO Jeffrey Gennette said.

The retailers don’t expect double-digit gains — Home Depot also reported a 30% same-store sales gain in the first two weeks of this month — to continue throughout the year, forecasting single-digit percentage increases in the second half. But increases are increases and a sign that retail is reviving.

For example, categories that languished as consumers worked from home showed the first signs of recovering. Target’s sales of dresses increased 60% in the first quarter ended May 1, while Macy’s apparel sales jumped 8% from the fourth quarter. And both Macy’s and Target posted strong increases in the sales of luggage, a sign that consumers are planning to travel.

Categories that had benefitted from purchases made by homebound consumers also continued to increase. Target reported same-store sales increases of more than 40% in sporting goods and toys, while Walmart “continues to chase demand” for adult bicycles and some electronics, CEO Douglas McMillon said. Macy’s customers were “still demanding” some luxury goods including fragrance and jewelry, Gennette said.

Even Lowe’s is getting into the homegoods business: It added brands to its stores and website, including throw pillows and other items. “Although all of us are looking forward to a post-Covid world, our research tells us that the importance of the home will remain elevated for many years to come,” said CEO Marvin Ellison.

The retailers are realistic about how long the double-digit sales boom will last.  Lowe’s reported a 50% increase in “big ticket sales” — $1,000 and up – but that was partly fueled by the current sky-high lumber prices, said Ted Decker, EVP for Marketing at Home Depot. And while Macy’s doesn’t see the current sales increases being a “short-term pop” and expects “accelerated profitable growth” this year, that’s also coming off sharp decreases in 2020. Gennette said.  Macy’s has “flexibility” in its inventory to “respond to customer needs” in toys, pet, food and wine and health and fitness and has added “hundreds of brands” in apparel, he said.

“The magnitude, speed and longevity of this current macro shopping enthusiasm remains a moving target and we expect that sales and profits could shift between quarters,” Gennette said. Home Depot didn’t provide a sales forecast for the second of the year. And while Walmart, like most retailers, reported double-digit gains in ecommerce, the second half will have “more uncertainty than a normal year,” McMillon said.

Walmart reported an 11% decline in net sales in non-U.S. markets (off 5% when stores divested in the UK, Japan and Argentina are factored out). Walmart’s same-store sales in Mexico were down slightly, while those in Canada (3.4%) and China (1.3%) increased.

That uncertainty is potentially tied to concerns about higher prices as costs increase across the entire supply chain and shipping delays continue to slow distribution.  Most of the retailers reported higher inventory at the end of quarter, a sign that some are stocking up to avoid product shortages that plagued some categories last year. And Home Depot increased retail prices in some categories to offset rising wholesale costs, Decker said.

Target reported a 36% increase in private label sales in the first quarter with its Pillowfort children’s brand adding “hundreds” of SKUs. And Macy’s is “reconstructing” its private label program, Gennette said.

Private label goods have moved front and center in the Target strategy. They “are not something that consumers pick up while they are at Target,” Hennington said.  “They go to Target to pick them up.”