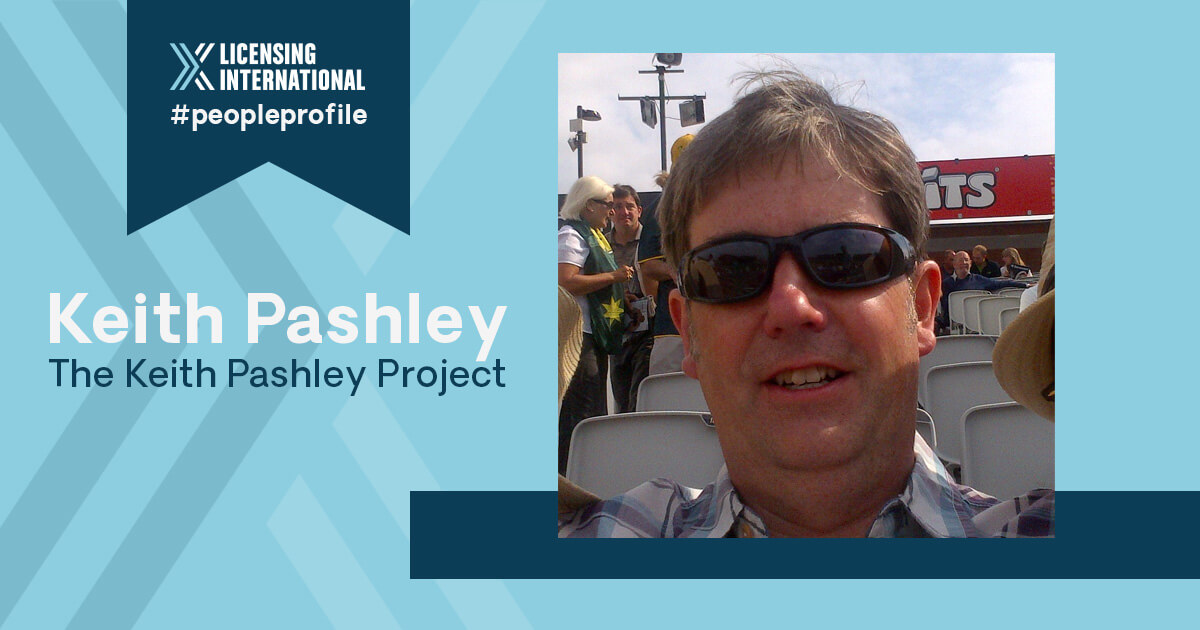 The global licensing community is powered by an incredible group of professionals whose diverse backgrounds and creative energy drive innovation and excellence. Each week we’re profiling one of these professionals in this ongoing series.

How did you get into licensing (or how did licensing find YOU)?

Like many people entering licensing back in the day, and at the risk of repeating others, I did in fact fall into licensing by complete accident. Having worked in a variety of commercial and marketing roles for blue chip grocery companies and finding myself between jobs, an old colleague, who was then dabbling in recruitment, came across a role that I don’t think he fully understood. The brief was that a company “wanted to put Peter Rabbit on food,” which was not the fullest or most useful but, having recently launched Edd the Duck yoghurts in a previous role, the rest, as they say, is history.

From a personal perspective, without doubt it’s that together with the always tolerant Charlotte I brought up two well-adjusted and successful daughters (neither of which, by the way, have shown the slightest inclination of following their dad down the licensing path!). Professionally, I would say it has to be taking the scary leap into self-employment during a global economic turndown, sticking with it and through the support of many industry friends and partners, building a thriving (albeit still deliberately small) business.

What keeps you up at night? What’s your biggest challenge these days?

I’m pleased to say that the days of worrying about stuff—particularly the business side of things—have largely passed. I have always strived to do my best and, if this is not good enough, then let others worry about that. There’s a whole lot of nasty stuff going on in the wider world that perhaps should be more of a concern.

In your opinion, what is the top skill every licensing executive should have in order to succeed?

Can I be greedy and suggest two? The ability to listen will take you far in licensing—in what is essentially a selling-oriented industry, hear what is being said and then react and engage on that basis rather than press on [based off] what you wanted to hear or that you think the other person wants. The other might seem a little old fashion and perhaps out of place with the pace of today’s industry but—be courteous always and make the effort to reply. Yes, we’re all inundated with emails but I suspect the sender would rather be told it’s a no rather than chasing for a response multiple times.

What is the best piece of advice you ever received or what is your favorite quote?

Struggling with cash flow at the start of the consultancy and questioning whether I could afford to attend Licensing Expo, a not-so-recently retired industry friend advised that I really had to attend so as to be taken seriously by the wider industry. I did and it was indeed some of the best advice—two client relationships were cemented in and around the show and it is humbling to think that, 10 years later, I still work with the two of them.

What is your favorite licensing deal of all time? (It doesn’t have to be one that was signed by you.)

From a purely selfish point of view, it’s probably my very first negotiated deal, a range of Where’s Wally? confectionery. It was such a buzz to see the product range on-shelf and to see children picking it up and buying. That said, don’t get me started on the product approval—this was before the days of digital assets and so referring to transparencies and a marked-up book trying to see if, indeed, Wally has been included in the packaging was a bit of a challenge!

If you weren’t in licensing, what would you be doing now?

I’d like to think a retired international cricketer but, in reality, I don’t really know. Albeit by accident, licensing has proven to be a great career choice for me and so let’s say that I cannot think of anything better.

How to Find the Next Big Brand