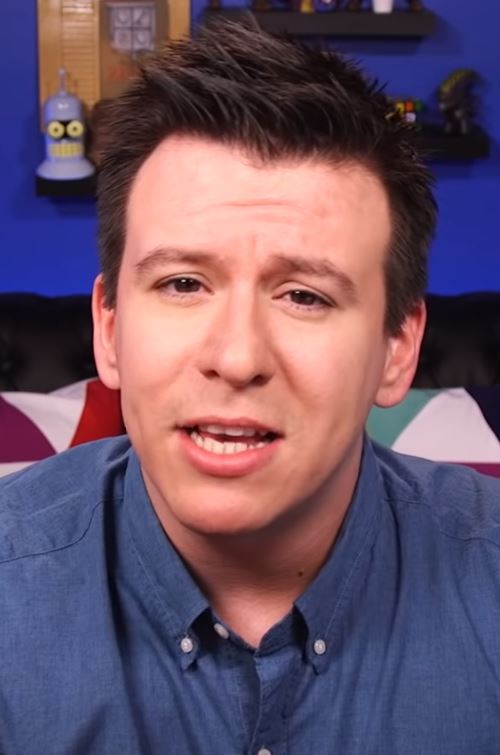 Irvine, CA — Launching his channel as a hobby on YouTube in 2006, today Philip DeFranco is one of the foremost authorities for news and pop culture commentary in the digital media space.  Now he is moving into consumer products.

His YouTube Channel currently has 6.41 million subscribers, while the content receives 19.4 million views per month. DeFranco’s expanded social media presence also has significant reach with 673k followers on Instagram, 1.2 million followers on Facebook and 1.2 million followers on Twitter. Building on his YouTube success where The Philip DeFranco Show won many Streamy Awards, DeFranco launched Rogue Rocket, a production company and website specializing in news and pop culture for the digital viewer. The Los Angeles Times has described DeFranco as “the Walter Cronkite for the YouTube generation who generates hundreds of headlines in under 10 minutes.” DeFranco’s global fanfare has earned him coveted positions such as host of the 25th Anniversary of Discovery Channel’s Shark Week and as a commentator in a Google Hangout where he discussed gun laws with Vice President Joe Biden and Guy Kawasaki. His most recent brand expansion venture was the launch of a direct to consumer men’s hair care line called Beautiful Bastard in 2019.

“It was a no-brainer to partner with Mike and his team. They have a proven track record both in our space and elevating homegrown successes beyond their usual limits. I’m incredibly excited.” –Philip DeFranco

“Elevated success happens when two industry leaders collaborate in pursuit of a common goal. The combination of talent between new media thought leader Philip DeFranco and the business team behind Semaphore Licensing Solutions will be viewed as a monumental moment in the expansion of opportunity for new media stars.” –Michael Bienstock, Founder and CEO, Semaphore Licensing Solutions.

About Semaphore – A Family of Companies:
Founded in 2002, Semaphore offers a diverse suite of services including accounting, tax preparation, payroll, insurance, brand and licensing management. Serving clients across the globe, the firm has become the in-demand provider of choice for those who value a service driven approach, fueled by integrity. Semaphore’s headquarters is located in Irvine, California where their team of seasoned professionals strive to see their clients thrive.