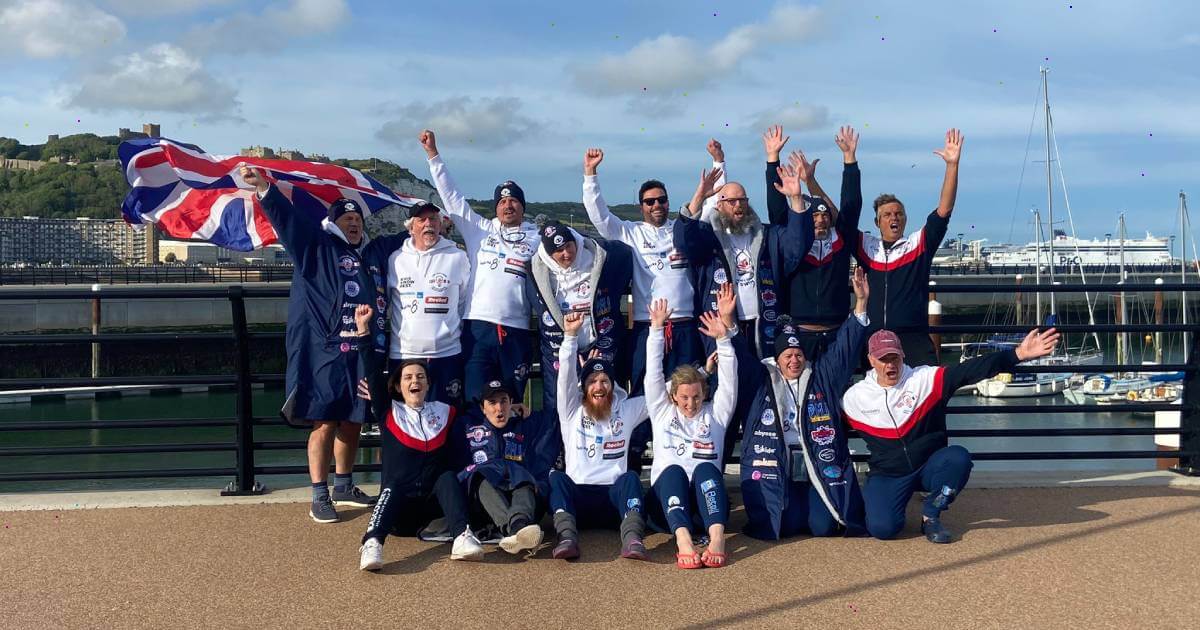 The English Channel is 21 miles at its narrowest point, though the teams swam much farther due to nearly seven-foot swells and tidal shifts during the course of the relay, which began on June 29. Team High Hopes completed the relay in 14 hours and 56 minutes and Team Optimist finished in 15 hours and 24 minutes.

“The bond we all have now is unique and will never be taken away from us,” Stephen Gould said in a post-swim statement on The Light Fund’s donation page. “We dared to do something that others only dream of and, in the face of great adversity, we triumphed. The industry support for what we have done has been tremendous.”

Donations are still open, with the 2022 English Channel Relay Swim aiming to raise £250,000. Additionally, Bioworld International plans to launch a series of celebratory t-shirts with a limited number of sponsorship opportunities. Those interested in one of the 10 corporate logo slots can contact Mark Kingston.

To date, The Light Fund—which was founded by a group of licensing executives in 2004—has raised over £1.7 million ($2.06 million USD) for hundreds of different projects.