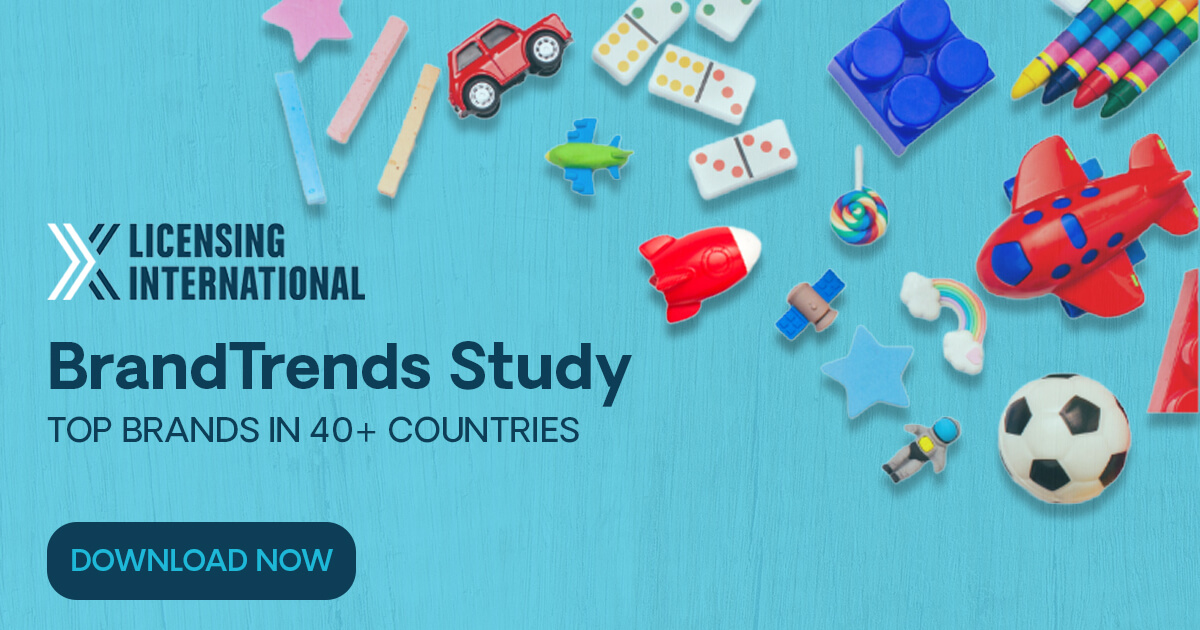 This exclusive series of consumer surveys, commissioned by Licensing International and produced by BrandTrends measures the awareness, popularity and appeal of the most important brands to children in more than 40 countries.

Released twice a year, these reports offer a direct, timely view of what kids around the world are engaging with and reacting to. Each report identifies the most recognizable kids’ licenses in each country for both boys and girls, by category and in four different age groups from infants to tweens/young adults.

The BrandTrends Study is one of the many exclusive benefits of a Licensing International membership.
Not a member? Join today.