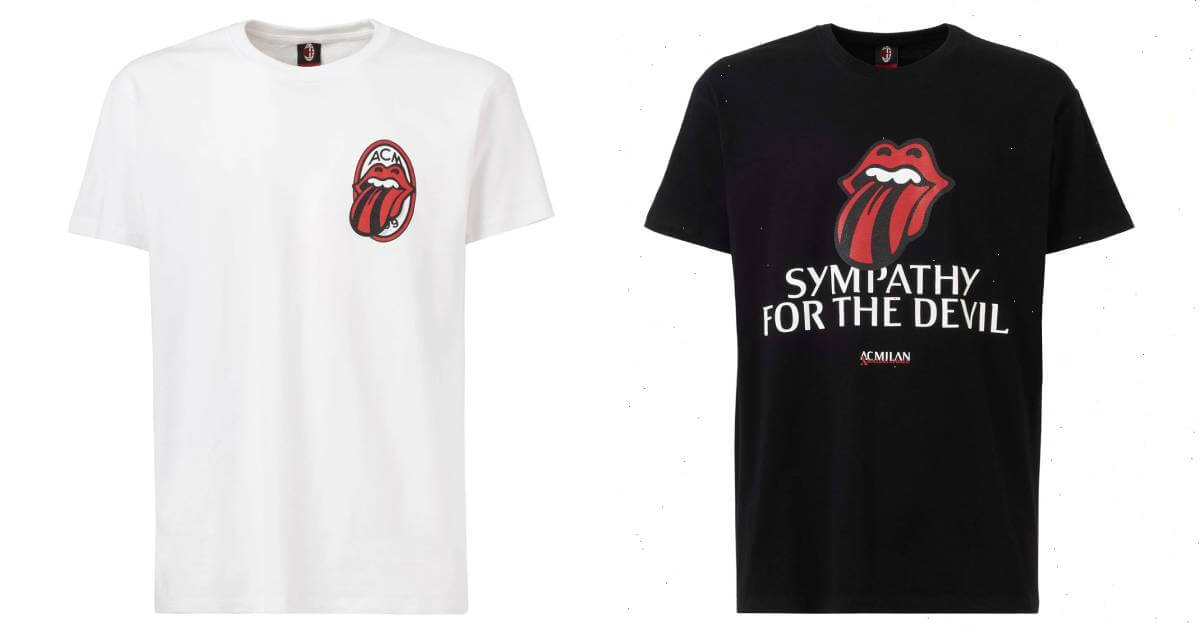 June 21, 2022 — From a world-renowned Club to an iconic band in the world of rock music. AC Milan is proud to launch a special capsule collection in collaboration with The Rolling Stones as the band get ready to hold a concert at San Siro tomorrow. This is their sole stop in Italy as part of a European tour to celebrate the 60th anniversary of a band that has made a historic contribution to the world rock scene.

The capsule collection is now available in all AC Milan stores and on The Rolling Stones official online shop. The collection consists of five pieces, including two t-shirts, a hoodie, a canvas bag, and a gym sack. Each piece bears the iconic “tongue” of The Rolling Stones, which, for this occasion, has been redesigned in red and black, merging the British band’s historic logo with the famous Rossoneri colours to create a one-time special logo. The shirts also feature the text “Sympathy for the Devil”, one of the band’s most famous songs, which references the Devil, a symbol of AC Milan.

This special collaboration that was brought together by Bravado, Universal Music Group’s leading brand management division, and fuses together two worlds, those of football and music, which are united by the sheer passion of their fans and the emotional attachment that both can generate, most notably through matches and concerts.

The AC Milan x The Rolling Stones collection is a further step in a process of real growth for the Club off the pitch, with AC Milan particularly active with projects and important collaborations in the world of fashion and entertainment.