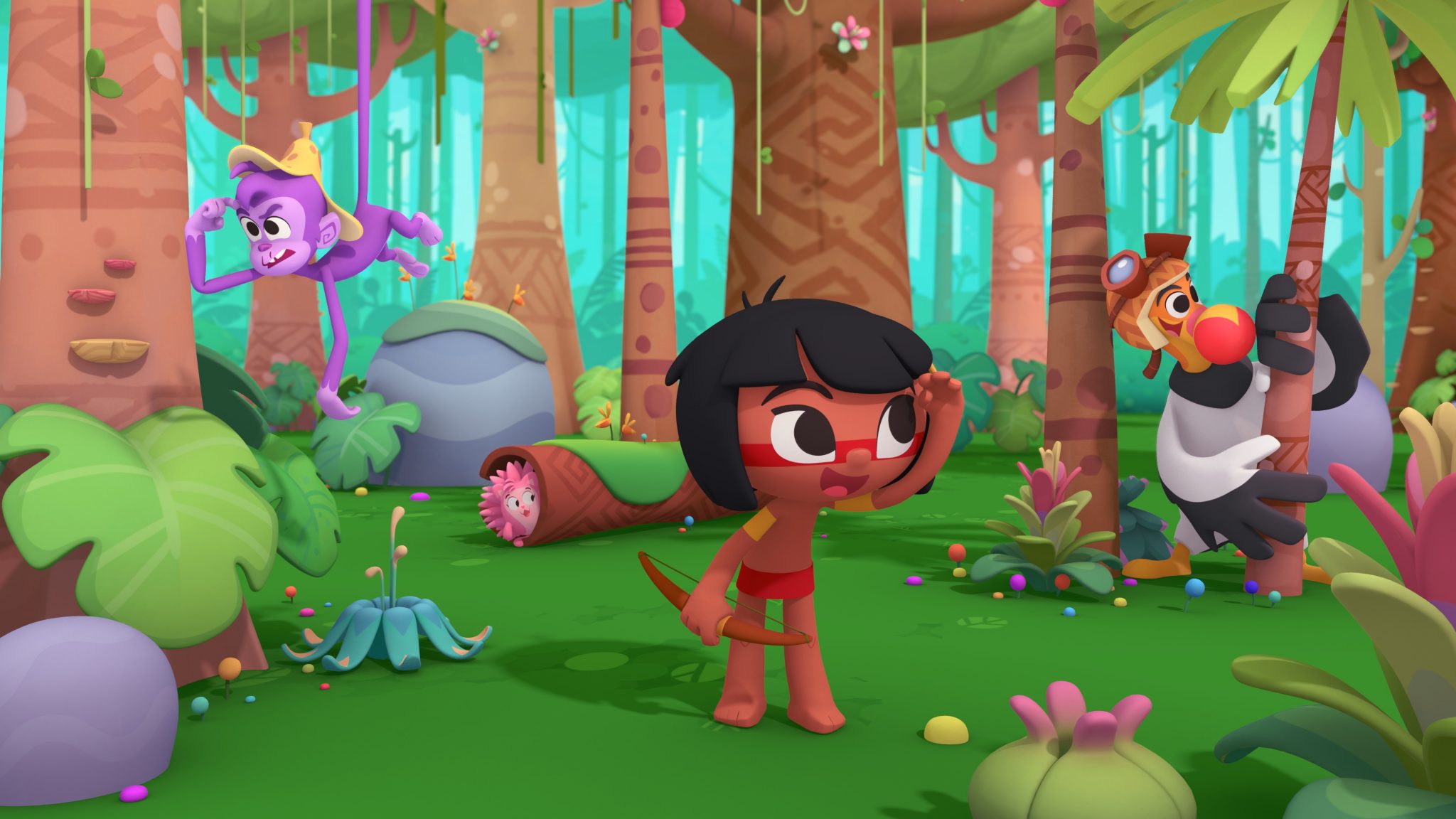 Dandeloo’s ‘Tania And The Amazon Guardians’ Trek Around The World

Based on the successful Brazilian films of the same name, which took millions of people to the movies in Brazil and around the world, Tainá and the Amazon’s Guardians has won 23 national and international awards and is being broadcast in more than 40 countries. The series which received public resources was managed by Brazilian Film Agency.

ANCINE/BRDE/FSA, was sponsored by RioFilme and Norsul and supported by BNDES Brazil and Band TV. Created by Pedro Carlos Rovai and Virginia Limberger,

Tainá and the Amazon’s Guardians

(52 x 11’) targeted at 2 to 5-year olds, is an optimistic, joyful and friendly ecology tale to save the Amazonian forest.  Joint founders of Dandelooo, Jean Baptiste Wéry and Emmanuèle Petry commented, “Tainá is a fantastic series which portrays strong messages to children in an accessible and entertaining way. It’s crucial that we teach children the importance of nature, the environment, the Amazon and everything that lives there, and we feel that Tainá is the perfect series to communicate these topics to children around the world.”

Virginia Limberger, Producer, Sincrocine added, “Tainá encourages pre-school children to deal with the cognitive aspects of their age, in a playful and light way, helping them to have a good relationship with their friends. And, the children can also discover about the Amazon Rainforest and how to take care of Nature. All of that with content full of adventure.

In the heart of the Amazon rainforest, Tainá and her friends live in a house in the Great Tree – the tallest one, mother of all other trees. All the animals in the forest know that whenever  they need help, they can count on Tainá by calling “cru-cru”. By word of mouth, this  contagious call finds its way through the forest until it reaches Tainá, who is always ready to face the challenges coming in her way! Together, Tainá and her team have lots of fun in an enchanted forest, but they will also face many perils trying to protect the Great Forest.

Playfully children will learn about the Amazon rainforest, stimulating them to respect the cultural differences between people, bringing a message of friendship, respect and care for the nature in each episode.

Dandelooo is a French award-winning creative company based in Paris dedicated to the development, production and distribution of original and ambitious animated programs. Dandelooo’s productions include the hybrid pre-school series The Treehouse Stories (three seasons on air, a 4th in production and two theatrical films), which won an International Emmy Kids Award in 2017, Chico Chica Boumba commissioned by M6 and the animated feature film Houdini.

The company has just delivered Stinky Dog (52 x 11′) to France Televisions and TV3 Catalunya, are coproducing the wonderful TV Special Mum is pouring rain (WIP at Annecy) for Canal+, is about to start production of the pre-school series Billy the Cowboy Hamster (52 x 11′) and is in development with The upside-down river (10 x 26′) a serialized series for kids based on the cult novel by Jean Claude