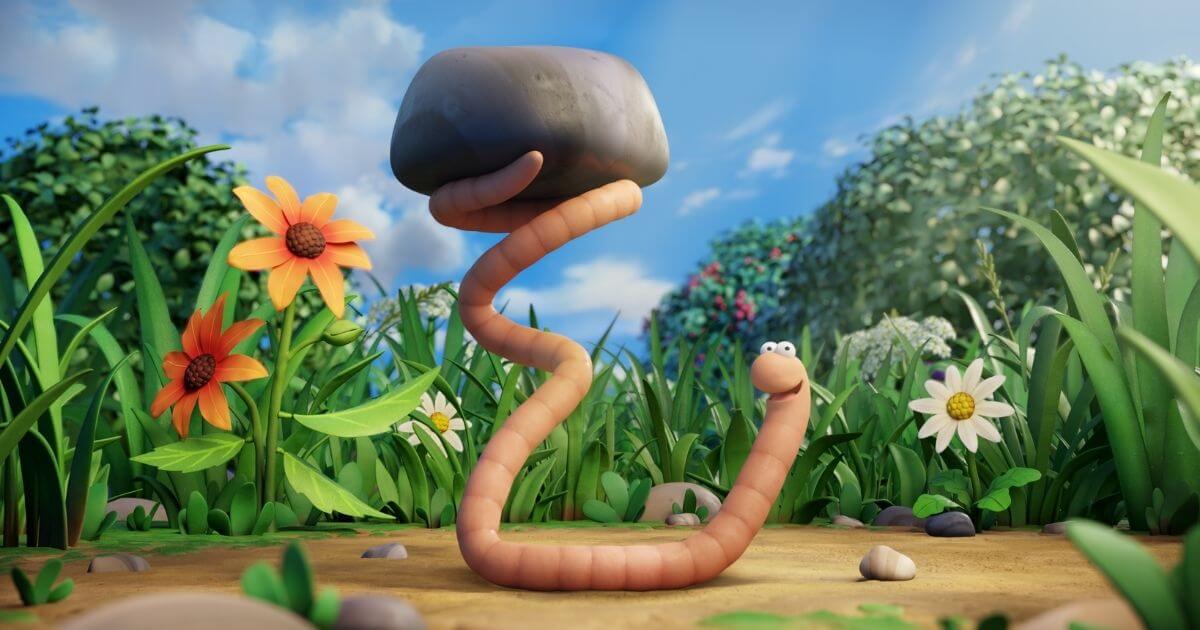 Thursday, 27th January 2022 – Magic Light Pictures’ latest festive special, Superworm, wriggled its way into the hearts of the nation over Christmas as it became both a critical and ratings hit. The half-hour family animation, based on the beloved book written by Julia Donaldson and illustrated by Axel Scheffler was the fifth most watched BBC show on Christmas Day, and the No.1 children’s show, when its premiere on BBC One attracted a huge 40%+ share of viewing.

The Christmas Day transmission was seen by a massive audience of 5.1M and its repeat a week later garnered 1.3M viewers on the day (Live +Vosdal).

Superworm, voiced by Patricia Allison, Rob Brydon, Olivia Colman, Kobna Holdbrook-Smith, and Matt Smith, is Magic Light’s ninth TV adaptation of a Donaldson/Scheffler title for BBC One and BBC iPlayer, the films have become firm fixtures in the Christmas schedules.

As well as delighting TV audiences, Superworm also thrilled the critics whose comments included: The Sun “An instant classic”, The Daily Telegraph “Animation when it’s this good is one of Christmas TV’s greatest delights.” and The Guardian “This will go down as the BBC’s standout offering.”

Martin Pope, Joint Managing Director, Magic Light, said: “Superworm is a lovely comedy with a heart-warming theme of friendship with a brilliant hero and a terrific villain – not to mention a fabulously talented cast! We’re absolutely thrilled that audiences took it to their hearts and that it achieved such a huge and positive response.”

Superworm fans have another treat in store this month as our hero features in an exciting new family activity trail at 26 Forestry England sites nationwide, in the latest exciting partnership between Forestry England and Magic Light Pictures. The new self-led trail will encourage children to become superheroes of the forest themselves as they learn about all the heroic feats that worms and other minibeasts achieve and the important jobs they do for the nation’s forests.

A collection of licensed product is also available including a delightful plush Superworm, clothing from Sainsbury’s, as well as personalised homewares and accessories available from gruffaloshop.com

Superworm’s international sales are going strong. It has been sold to ZDF (Germany), Movistar (Spain), NRK (Norway), RTV (Slovenia), SYN (Iceland), SVT (Sweden), Knowledge Network (Canada), ABC (Australia), Alba (UK). Theatrical releases are being planned in the UK as well as in France with Les Films du Preau and Spain with Modiband. In the UK, it will be available on EST as of April 2022.

Once a Hobby, Cosplay is Becoming Serious Business