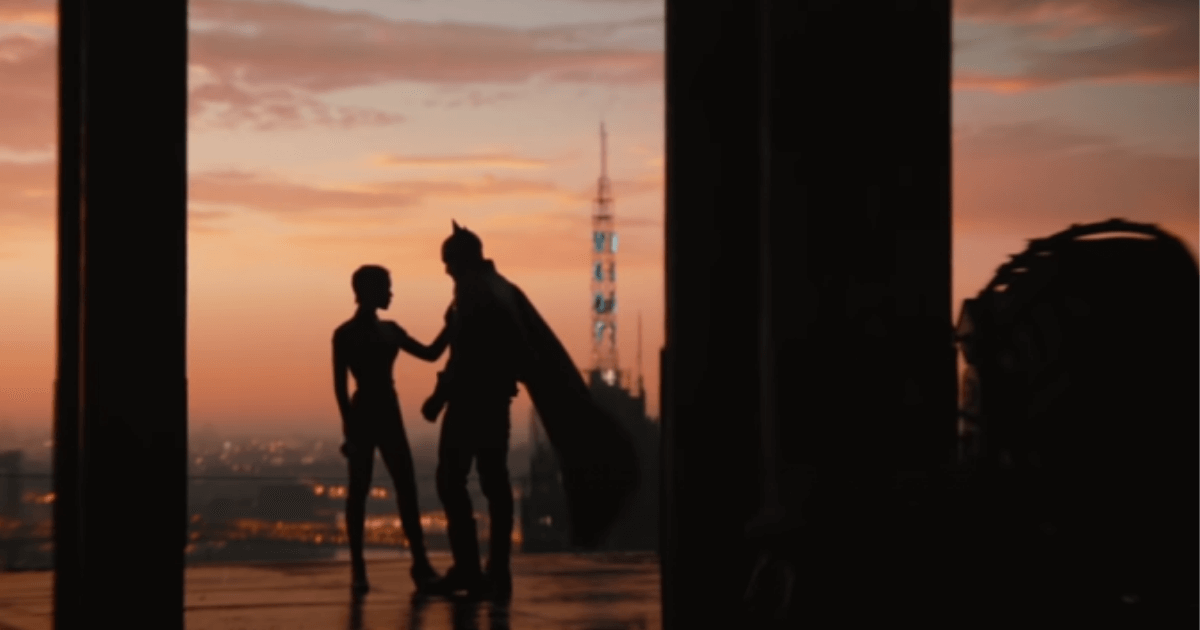 AMC Theatres’ Moviegoers Who Purchase or Reserve Their Ticket by February 14 and See THE BATMAN by March 6 Will Receive a THE BATMAN NFT Courtesy of AMC and Warner Bros.

The ticket must be purchased or reserved on AMCTheatres.com or on the AMC mobile app

The NFT will be minted and delivered by Palm NFT Studio, an eco-friendly NFT platform built for scale and sustainability

LEAWOOD, Kan.–(BUSINESS WIRE)– AMC Theatres (NYSE:AMC), the largest theatrical exhibitor in the United States, in Europe & the Middle East and in the world, today announced that all AMC guests who purchase or reserve an advance ticket by end of day EST on February 14, for a showtime of the DC and Warner Bros. upcoming film THE BATMAN through March 6, and scan their ticket in theatre can receive a limited-edition THE BATMAN NFT.

Adam Aron, Chairman and CEO, AMC, commented: “We are excited to fill AMC Theatres across the country this March with DC fans enjoying THE BATMAN. Rewarding early ticket purchasers with this limited edition THE BATMAN NFT will deliver fans more of the franchise they love.”

To qualify for the complimentary NFT, guests must purchase their advance ticket or reserve it through AMC Stubs A-List by end of day EST on February 14. The ticket must be purchased or reserved for a THE BATMAN showtime through March 6, at any AMC location in the United States, and the ticket must be scanned in theatre. The ticket purchase or reservation must take place through AMCTheatres.com or on the AMC mobile app. AMC will deliver the NFT codes and redemption instructions (which requires registration with Palm NFT Studio) via email on March 8 to the email address used during the ticket transaction. There is a limit of one NFT per transaction.

Tickets for Warner Bros. Pictures’ THE BATMAN go on sale at AMC on February 10, and the movie opens in movie theatres on March 4. Additionally, those who purchase tickets for special pre-release fan events and attend the events, including DC Presents: THE BATMAN Fan First Premieres exclusively in IMAX on March 1 (tickets on sale February 8) and AMC Investor Connect screening on March 2, can receive THE BATMAN NFT.

THE BATMAN NFT will be redeemed from the nft.dcuniverse.com platform created by Palm NFT Studio and is subject to its terms and conditions. Palm NFT Studio provides bespoke creative services for artists and rightsholders building on the Palm network, a new NFT ecosystem for culture and creativity, built efficiently with Ethereum.

From Warner Bros. Pictures comes Matt Reeves’ THE BATMAN starring Robert Pattinson in the dual role of Gotham City’s vigilante detective and his alter ego, reclusive billionaire Bruce Wayne. Two years of stalking the streets as the Batman (Robert Pattinson), striking fear into the hearts of criminals, has led Bruce Wayne deep into the shadows of Gotham City. With only a few trusted allies—Alfred Pennyworth (Andy Serkis), Lt. James Gordon (Jeffrey Wright)—amongst the city’s corrupt network of officials and high-profile figures, the lone vigilante has established himself as the sole embodiment of vengeance amongst his fellow citizens. When a killer targets Gotham’s elite with a series of sadistic machinations, a trail of cryptic clues sends the World’s Greatest Detective on an investigation into the underworld, where he encounters such characters as Selina Kyle/aka Catwoman (Zoë Kravitz), Oswald Cobblepot/aka the Penguin (Colin Farrell), Carmine Falcone (John Turturro), and Edward Nashton/aka the Riddler (Paul Dano). As the evidence begins to lead closer to home and the scale of the perpetrator’s plans becomes clear, Batman must forge new relationships, unmask the culprit, and bring justice to the abuse of power and corruption that has long plagued Gotham City. Reeves (“The Planet of the Apes” franchise) directed from a screenplay by Reeves & Peter Craig, based on characters from DC. Batman was created by Bob Kane with Bill Finger. Dylan Clark (the “Planet of the Apes” films) and Reeves produced the film, with Michael E. Uslan, Walter Hamada, Chantal Nong Vo and Simon Emanuel serving as executive producers. Warner Bros. Pictures Presents a 6th & Idaho/Dylan Clark Productions Production, a Matt Reeves Film, THE BATMAN. The film is set to open in theaters in North America March 4, 2022 and internationally beginning 2 March 2022; it will be distributed worldwide by Warner Bros. Pictures. It is rated PG-13 by the MPA for strong violent and disturbing content, drug content, strong language, and some suggestive material.

AMC is the largest movie exhibition company in the United States, the largest in Europe and the largest throughout the world with approximately 950 theatres and 10,500 screens across the globe. AMC has propelled innovation in the exhibition industry by: deploying its Signature power-recliner seats; delivering enhanced food and beverage choices; generating greater guest engagement through its loyalty and subscription programs, web site and mobile apps; offering premium large format experiences and playing a wide variety of content including the latest Hollywood releases and independent programming. For more information, visit amctheatres.com.