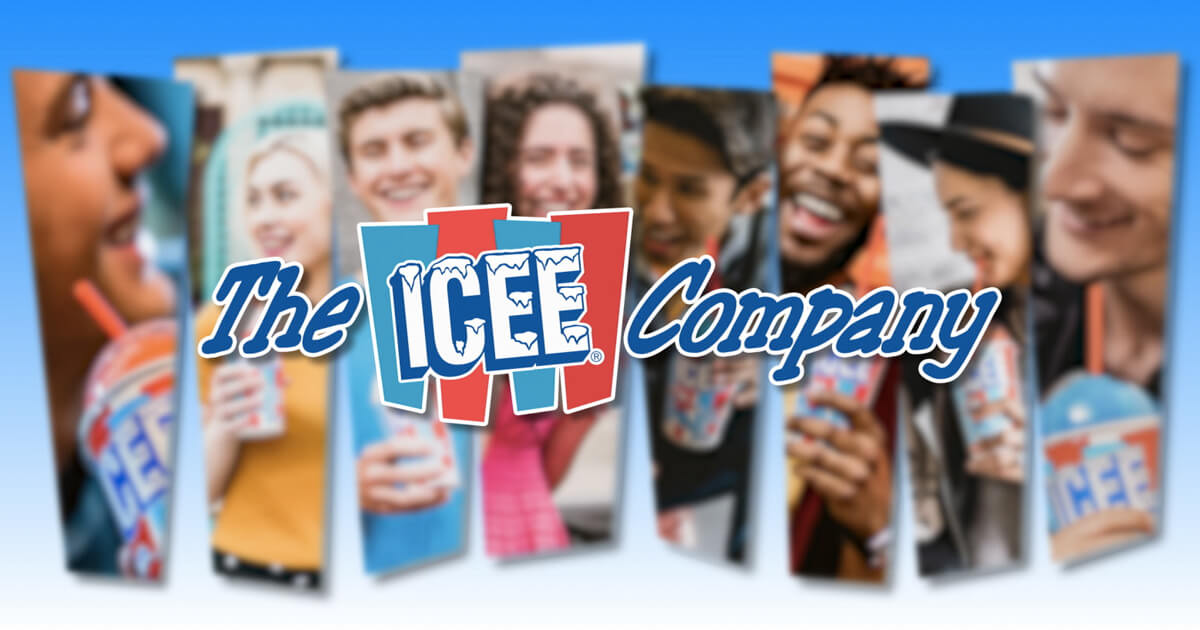 Custom Artwork Designed by Artist Burton Morris Available This May

Nashville, TN (April 25, 2022) – The ICEE™ Company is joining the ranks of companies that are releasing branded non-fungible tokens (NFTs). From May 2 – 7, collectors can bring their favorite ICEE flavors to life with the purchase of a one-of-a-kind ICEE immortal NFT auctioned on the Chronicle marketplace. Proceeds from the auction will go directly toward the company’s ICEE Hope initiative designed to raise money for The Leukemia & Lymphoma Society (LLS).

Designed by American pop artist Burton Morris, whose artwork has been featured at The Academy Awards, The Olympics, FIFA World Cup, and on the TV series Friends, ICEE’s immortal NFT showcases some of the brands famous flavors— blue raspberry, red cherry and orange swirled together. The animated image brings the flavors to life in a moving 3D presentation as if the cup and flavors are popping off the screen. To complement their new NFT, the auction winner will also receive a countertop ICEE Maker and all the delicious flavors needed to make the perfect summer treat.

The NFT auction and collectible cards will launch at 9 a.m. EDT on Monday, May 2, with the auction closing at 11:59 p.m. EDT on Friday, May 7. The NFT was developed in partnership with Design Plus, a licensing boutique, specializing in brand building through the development of lifestyle merchandise designed to provoke, engage, and motivate.

“I’m so excited to offer ICEE fans the opportunity to own a one-of-a-kind piece of digital artwork designed by artist Burton Morris,” said Dan Fachner, President & CEO of J&J Snack Foods Corp. “Our fans will have a rare chance to own a piece of ICEE history while supporting our effort to bring ‘sweeter futures’ to cancer patients through our ICEE Hope campaign.”

ICEE Hope launched on March 7, in coordination with Fachner’s nomination for the LLS Man of the Year (MOY) award. Building on the company’s history of community service and ICEE Hope’s first campaign, Fachner has set a goal to raise $100,000 for LLS by May 21 through fundraising events and initiatives.

In addition to the auction through Chronicle, ICEE fans alike will have an additional opportunity to bid on a unique Morris print inspired by the ICEE NFT at the LLS online auction between noon CST on May 18 and 7:15 p.m. CST on May 21.

About Burton Morris
Internationally recognized Pop Artist, Burton Morris, is best known for his bold and graphic depictions of American icons. His subject matter includes objects that portray today’s popular culture. His distinctive style is characterized by radiant black outlines and vivid colors that emit energy in all of his artwork.

The Artist was born in Pittsburgh, Pennsylvania in 1964. He earned his bachelor of fine arts degree at Carnegie Mellon University in 1986. After graduation, Burton started a career as an art director in advertising. He established the Burton Morris Studios in 1990. That year he began making his small post-pop icons into large scale paintings. He would choose one subject per composition to create what he calls “an instant happening” for the viewer.

In 1992, Absolut Vodka selected his artwork to represent Pennsylvania for its prestigious Absolut Statehood campaign. His paintings began to hang on the hit NBC television sitcom “Friends” in 1994, which continued to showcase his artwork for over ten seasons. Over the years, Burton has produced signature artworks for some of the biggest events in the world, such as the 2004 Summer Olympic Games, The 76th Annual Academy Awards, The 2006 MLB All-Star Game, The 38th Montreux Jazz Festival, the 2010 FIFA World Cup Soccer, and the 2016 USGA U.S. Open.

Original artworks have been commissioned for corporations and institutions such as The United Nations, Coca-Cola Corporation, Ford Motors, Sony, H.J. Heinz, Chanel Corporation, Rolex, The U.S. State Department, Warner Brothers, Perrier, AT&T, Nongshim, Microsoft, and Kellogg’s. In addition, his artwork has helped to raise millions of dollars for charities worldwide.

Morris’ artwork is featured in the collections of The Albright-Knox Museum, The Jimmy Carter Center, The Elysée Museum, The United Nations, The Barack Obama Presidential Center, The World of Coca-Cola Museum and The Academy of Motion Picture Arts & Sciences.

About LLS
The Leukemia & Lymphoma Society® (LLS) is a global leader in the fight against cancer. The LLS mission: Cure leukemia, lymphoma, Hodgkin’s disease and myeloma, and improve the quality of life of patients and their families. LLS funds lifesaving blood cancer research around the world, provides free information and support services, and is the voice for all blood cancer patients seeking access to quality, affordable, coordinated care.

Founded in 1949 and headquartered in Rye Brook, NY, LLS has chapters throughout the United States and Canada. To learn more, visit www.LLS.org. Patients should contact the Information Resource Center at (800) 955-4572, Monday through Friday, 9 a.m. to 9 p.m. ET. For additional information visit lls.org/lls-newsnetwork. Follow us on Facebook, Twitter, and Instagram.

Although Chronicle is set to be blockchain agnostic, Chronicle utilizes the Aurora EVM (“Ethereum Virtual Machine”) built by NEAR Protocol for their environmental awareness. Unlike high-energy Proof of Work systems, Aurora is based on NEAR Protocol’s Proof of Stake driven technology and is committed to reducing their carbon footprint with a tree-planting offset program.

About Design Plus
Founded in 1983, Design Plus is a global boutique headquartered in Atlanta, Georgia, with partners in the United Kingdom, Europe, Mexico and Japan. Design Plus specializes in leading edge licensing programs that connect brands to their fans through creativity, color, flavor and taste. Design Plus is the exclusive, global licensing partner for The ICEE Company.