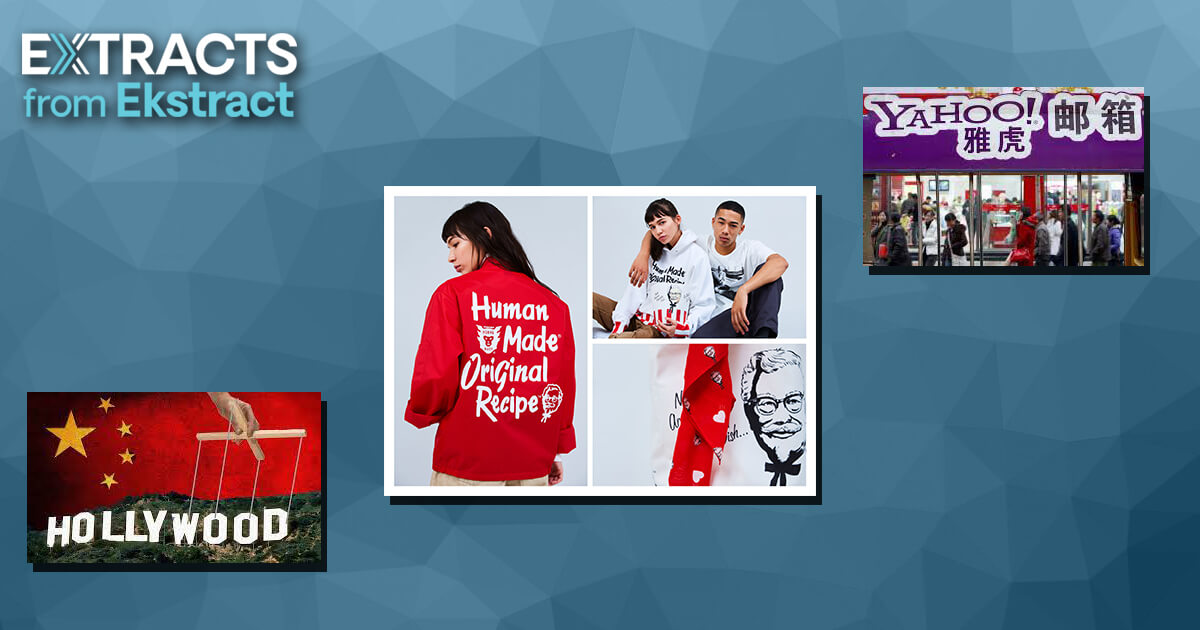 Extracts from Ekstract: Can Brand Licensing Help Solve the Political Divide Between China and the West?

China’s recent no show at the UN Climate Change Conference in Glasgow is just the latest salvo in its continuing cold war with the West. China’s message is clear, it has no intention to alter its position on climate change despite emitting more greenhouse gases than the entire developed world combined, according to a report by the Rhodium Group. If we have learned anything from the pandemic, the need for full global cooperation on climate change is critical to the survival of the planet. So, the question is, how can businesses like licensing assist in shifting China’s POV?

Global licensing business at risk
China has always been a crucial global partner in our licensing ecosystem. Primarily, they have been a manufacturing behemoth for consumer products. China alone accounted for near 30% of global manufacturing output in 2019 according to the United Nations Statistics Division. While that figure is significant in and of itself, I would argue that the share of global licensed consumer products made in China is closer to 70%, including hardlines like toys and electronics and softlines like apparel, footwear, and accessories.

While the manufacturing role of China factories is difficult to replace, large Western brands have begun shifting manufacturing to other countries like India, Indonesia, Vietnam, Taiwan, Pakistan, and Latin America. This as a result of tariffs on Chinese goods imposed under the Trump administration and continued under Biden, as well as rising costs at China factories. Less dependency on China manufacturing is good news for the West for a number of reasons, most importantly, less factory production in China means less coal burning and carbon dioxide production. For China, however, less manufacturing and exports is a serious blow to their booming economy.

China as a licensing marketplace
Until the 2000’s, most Western brands avoided marketing in China due to the prevalence of counterfeiting. However, in the last 20 years as China has ascended quickly to become the largest consumer products marketplace in the World, Western brands have immersed themselves into China’s marketplace, oftentimes through licensing. Many have seen enormous success, with China becoming their largest consumer market. For example, China is BMW’s largest market, representing 33.5 % of its global sales. For U.S.-based Procter and Gamble, China is its second largest marketplace in the world. Other major brands like Nestle, Unilever, Nike, Starbucks, KFC are dependent on the Chinese market as is every Western luxury brand from Gucci, Louis Vuitton to Chanel and Valentino.

For any company doing business in China these days, a healthy dose of caution needs to be exercised. The Chinese Government’s latest crackdowns on technology companies, with new regulations being implemented for companies doing business in China, has caused a number of U.S.-based tech firms to pull out of the country. Last month, Microsoft’s professional social networking site, LINKEDIN, stopped offering its service in China. This marked the last of the U.S. based social media companies to depart China.

Over the past decade or so, every Western-based social media brand including, Facebook, Instagram, Google, Twitter, Snapchat, Reddit, Tumblr, Pinterest, Slack, Twitch and Discord — to name just the top platforms — have all been banned. Last week, Yahoo announced its exit from China after 20 years. The same holds true for gaming companies. Last week, Epic Games mega franchise Fortnite announced it too was pulling out of China after three years despite being partnered with and 40% owned by Tencent, China’s and the world’s largest video game vendor.

Why it matters
Social media and gaming have both become increasingly important to our global licensing ecosystem, not just as a critical marketing and ecommerce tools, but as IP in brand extensions as well.

Video Games have become the new franchise films for licensing in the 2020’s and yet China has now mandated videogame playtime for under 18 years old to 3 hours per weekend and NO playtime at all during the week. Further, the Chinese Government is cracking down on gaming content for adults as well, with new guidelines that censor any content deemed offensive or politically incorrect.

Hollywood’s love affair with China is over
A decade ago, Hollywood Studios began tailoring franchise films for China, as China was ascending to become the world’s largest box-office. The promise China held for the Hollywood studios was potentially enormous, creating a significant new revenue stream for franchised films as well as licensed consumer products. Hollywood films always have had challenges getting distribution in China but since the start of the pandemic and the finger pointing of the West towards China, that distribution has seen greater difficulties.

Post-pandemic, it’s clear that the China market is no longer the significant source of income for Hollywood entertainment franchises many thought it would be.  Most of China’s top performing films now are made in China, by Chinese Studios. In the past ten years, only 18 Hollywood-made films have made China’s top fifty grossing Box-office films list. In 2021, Hollywood’s market share of the Chinese box-office collapsed to 9.5% vs several years ago when Hollywood’s market share in China was as high as 50%. What caused this precipitous decline of Western films in China? Simply put, in the last decade, the Chinese government subsidized billions of dollars to create its own entertainment industry. State- controlled studios mean politically correct messaging.

Will Western Brands in China face a similar fate?
Given China’s rejection of Western media in the form of social media and entertainment, Western based brands need to exercise caution in their messaging if they continue to want to do business in China. Nike, Adidas, H&M, Burberry and Tommy Hilfiger discovered this first-hand last spring when they came out in support of human rights for China’s Uyghur Muslim minority. State controlled media and online users promoted boycotts of these major Western brands in China.

According to a recent article in London-based Financial Times: “President Xi’s rhetoric on “common prosperity” and narrowing the gap between rich and poor intensified over the summer. Would this, eventually, mean forced or self-imposed curbs on conspicuous consumption? Did the sudden attacks on technology giants and their billionaire founders foreshadow a broader bashing of capitalism’s winners and their shiny trappings? Share prices of luxury giants like LVMH and Kering were hit hard in August as Xi’s line appeared to harden.”

For Western based brands licensing into China, the reality is that the current wave of political nationalism needs to be navigated carefully until hostilities between China and the West dissipate. The principal solution for the time being is for Western brands to work more closely with China partners and/or China-based licensing and marketing agencies that understand the current socio-political landscape and can assist brands in successfully navigating the current turbulence. In 40 years, three generations of Chinese have grown to embrace Western brands. In the long run, the current political issues we face will be resolved. Until then, diplomacy and caution are our best tools.