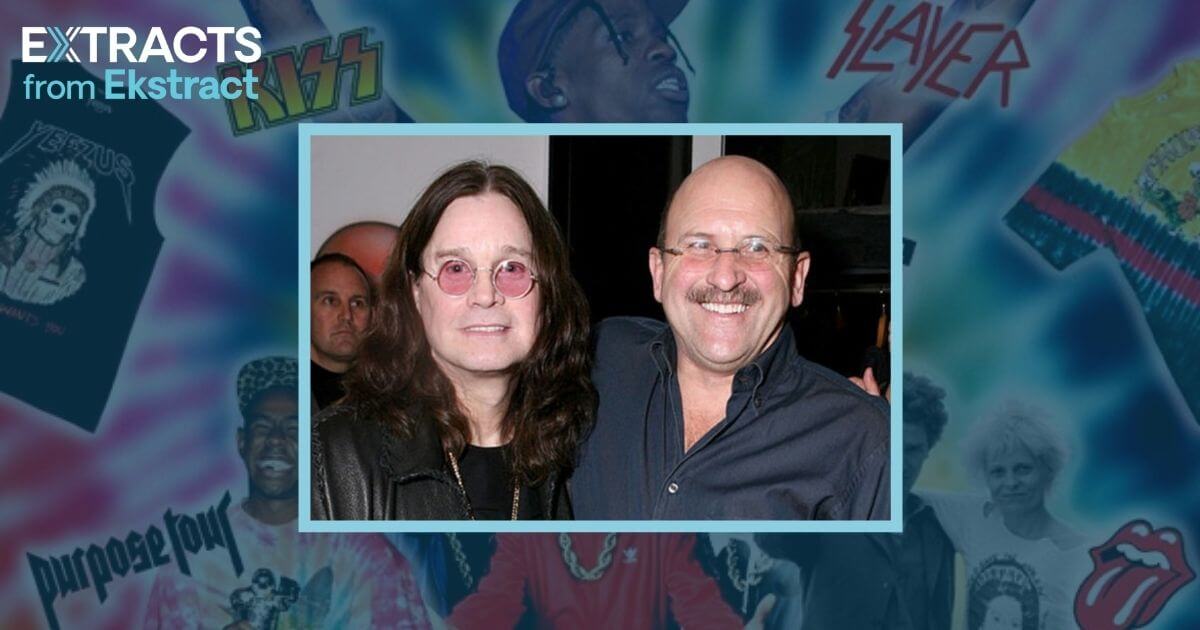 With the recent and too-soon passing of Dell Furano, it seems timely to look back at his incredible career and the innovation he brought to the licensing business. As a young Stanford University graduate in 1972, Dell joined forces with his brother Dave Furano and the legendary San Francisco concert promoter Bill Graham to form Winterland Productions, the first major company dedicated to rock and roll merchandising.

Dell, along with London, UK-based Barry Drinkwater and NYC-based Ira Sokoloff, were the pioneers of rock and roll merchandising.  Sadly, Ira passed away last year as a result of Covid-19, so with Dell’s passing, Barry Drinkwater remains the last of the Rock & Roll Merchandising Godfathers.

Find a need and fill it
There is one rule that all successful entrepreneurs follow, “Find a need and fill it”. Dell’s success was predicted on this, as well as having the temerity to start, build and sell three of the most successful music merch companies, three times in three decades: Winterland, Sony Signatures Network (sold to Live Nation) and finally Epic Rights, recently sold to Universal Music Group (Bravado). His success was predicated on his close relationships with the bands and their managers, repping such legends over the years as the Beatles, The Rolling Stones, The Grateful Dead, AC/DC, Madonna, and the Kings of merch, KISS. In fact, Dell loved hosting KISS founder Gene Simmons at his booth at Licensing Expo and having Gene schmooze major retailer customers and licensees.

Bands as Brands
Until the formation of Winterland, most merch at concerts was bootlegged t- shirts with poorly rendered graphics. According to Doc McGhee, Dell’s best friend and longtime manager of KISS,  in the early 1980s, when bootleggers hung around Mötley Crüe and Bon Jovi concerts, undercutting official $15 T-shirts with super-low prices, Dell and his team had an idea. They would hire motorcycle gangs to drive a three-mile radius around arenas and stadiums and “go over and beat the crap out of the bootleggers.”  Those indeed were the early days, and why Godfather of Music Merch is an apropos title! Of course, as the business grew larger and more sophisticated, motorcycle gangs were replaced by security firms and lawyers.

Despite his massive success and his close relationships with so many music superstars, Dell remained hard working, humble and always available. A serious minded, hard driven businessman who did not waste time, he still gave back by serving as a Board member of LIMA —  Licensing International’s predecessor organization — and he would always make himself available to meet with me when I would visit L.A or see him at trade fairs. After a meeting with Dell, I always came away feeling smarter and more energized, for he was generous in sharing not just his knowledge, but his creative ideas to help make our licensing business better and stronger. Dell was a guy filled with ideas!

I first met Dell in 1998 when we launched License! 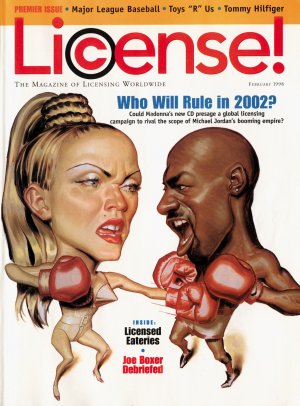 Magazine at New York Toy Fair and MAGIC. Our premier cover story featured caricatures of Madonna and Michael Jordan in boxing gloves, duking it out to see who would rule in celebrity licensing, and Dell was on the verge of signing Madonna for representation, so he was thrilled with the visibility. We received a message from Dell that he wanted an in-person meeting. Upon our meeting, he congratulated us on the quality of our first issue of License! magazine, our inclusive editorial philosophy and most importantly he very generously committed to supporting License! with significant advertising contracts from both Sony Signatures Music and the Film and TV divisions.  Dell was loyal, remaining strongly committed to the publication for the next two decades. His support and encouragement over the years meant a great deal in our success.

Origins of Concert Merch
The origination of the music merchandising business was focused on selling merch at live concerts. Fans attending live concerts sought out t-shirts, caps, and other tour merch “to flex” their attendance and fandom.  Prior to the pandemic, the biggest music acts could sell $300,00-$400,000 worth of merch at a three-hour concert. Multiply that by 100 tour dates and that comes out to $40,000,000 in touring mech revenue.

As a result, Concert Tour merch was never licensed to third parties, but sourced directly by the Music Merchandisers like Live Nation and Bravado, who essentially acted as the master licensees, to maintain the highest profit margins on sales.

Dawn of Digital Drives Physical Merch- The Age of Piracy
Until the dawn of the digital age 25 years ago, music merchandising was treated as an after thought by the Music Industry and relegated to 3rd parties such as Winterland as a necessary but unimportant revenue stream. The early days of digital brought the music industry to its knees as young, digitally savvy consumers realized they could download music without paying for it. The launch of Napster in 1999, was a pivotal moment for the Music industry, changing the entire ecosystem from recording sales to touring. Album sales plummeted and musicians and record companies who once made millions on record sales were now in a state of shock as all that revenue dried up.

Digital Age– iTunes to the rescue
Apple launched iTunes in 2003, two years after it launched its first-generation iPod. (Yes, the iPod is 20 years old this year) Apple understood that if you provided an easy to use, inexpensive digital marketplace, consumers would pay for digital downloads of their favorite music. However, it took years for Apple to build iTunes for the mass market and for the M 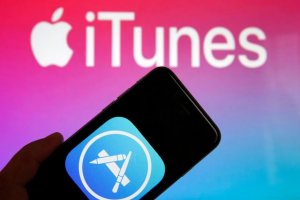 usic industry to legally shut down Napster. in the meantime, illegal digital downloads changed the course of a what had been a huge profit maker for decades for record companies and musicians. Live Touring became one of the few ways for musicians to generate significant revenue and suddenly, touring “merch” as well as mass market retail sales of music-based merch took on a whole new importance. Ironically, the dawn of the digital age is what drove the need for physical music merch and elevated its importance as a revenue driver. This need was even greater for legacy acts that no longer were together and could no longer tour, like The Beatles, The Doors, The Dead, Bob Marley, etc.

Dell’s Legacy Lives
Dell Furano recognized a need in the market and filled it. What’s more, Dell managed to stay relevant in a business that celebrates newness and youth. Dell’s final company, Epic Rights, not only represented Bands and Musicians for merch, but also handled their social media accounts, websites and ecommerce and developed VIP ticketing options for special Meet and Greets between fans and Talent. One could argue that between Dell, Ira Sokoloff and Barry Drinkwater, their early work in music merchandising helped save rock and roll when digital downloads killed off album sales. From my perspective, Dell was a one of kind, brilliant Licensing Pioneer and his passing leaves a vast chasm in our business.